The Muslim Question: End of Appeasement

Modi’s persistence on triple talaq has left the opposition stumped 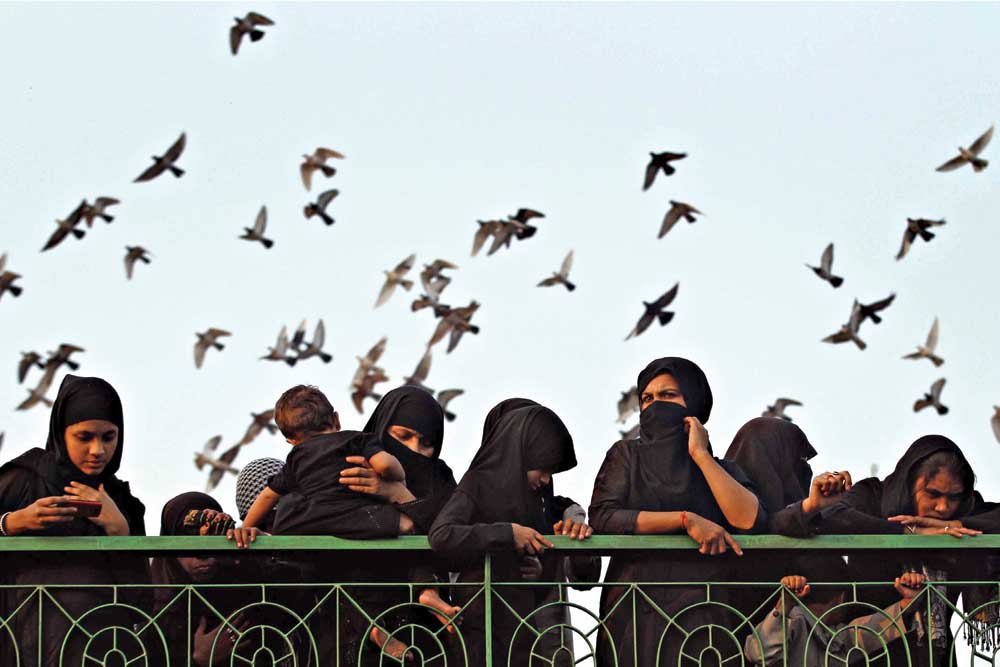 PRIME MINISTER NARENDRA Modi’s triumph in getting Parliament’s nod for the legislation to criminalise instant talaq, an archaic and medieval practice banned even in Muslim-majority countries such as Afghanistan, Pakistan and Saudi Arabia, epitomises a frontal assault on appeasement politics that was considered par for the course in ‘secular’ India until recently.

The controversial provision in the Muslim personal law was seen as incontestable with the hardline clergy insisting that triple talaq is a matter of faith and hence an issue above legislative reproach. Notwithstanding the position taken by women within the community, who assert that it has no Quranic sanction but only a backing of patriarchal clergy, the stiff resistance from powerful community leaders meant that the political class treaded with caution. Modi’s own seniors, who were part of the first and second NDA governments, were in agreement that the tenets of a modern Constitution should take precedence over a 7th-century vision, but the fear of incurring the wrath of the clergy prompted them to put the issue in cold storage. There was a feeling that any tinkering with what was considered sacrosanct by the community would lead to a consolidation of the Muslim electorate while there would be no corresponding help from the Hindus.

Modi has maintained that the regressive practice that denies Muslim women the privileges and protection available to their counterparts from the Hindu community will have to end. He also promised legislative action in his election rallies. Modi’s success in having the Bill sail through both Houses of Parliament signals that he has crossed the psychological barrier on an issue that was so far considered a political Great Wall by his peers.

The country had faced a similar test in 1985 following the Supreme Court’s decision to grant a meagre maintenance to Shah Bano, a divorced and underprivileged Muslim woman. The Muslim clergy hit the streets and, despite enjoying a brute majority in Parliament, the then Rajiv Gandhi government capitulated before it and brought the women’s bill in 1986 to undo the apex court order. In that context, Modi’s latest efforts open the door for acting against other controversial features in the Muslim personal law that includes polygamy—before he makes a pitch for a Uniform Civil Code.

The proceedings in Parliament clearly showed that Modi’s persistence is paying off and that the opposition is losing the stamina to put up even a feeble resistance. During the hearing on the instant talaq case, advocates of the Muslim Personal Law Board, who are senior leaders of the Congress, held out the threat that intervention in the divorce practice could make its members ‘rigid’. “If a secular court like the Supreme Court entertains the scrutiny of triple talaq and the Centre pitches for its ban, the Muslim community may take a rigid stand,” Kapil Sibal had told the Supreme Court. This remark of Sibal’s sounded close to blackmail as he seemed to suggest that any judicial intervention in the practice of instant talaq could make the judiciary suspect.

The loosening grip of the so-called Muslim veto was evident when the BJP’s ally, and compulsive secularist, Nitish Kumar failed to translate his strong words against the Bill into any tough action against the Government. His party MPs chose to remain absent during the voting on the motion. For their part, the other opposition members refrained from backing the clergy, but they restricted themselves to merely stating that the practice was not very prevalent and hence there was no need for legislation.
Significantly, the latest development could also accelerate the process of re-Hinduisation set in motion by Modi. In fact, a host of traditions among the majority community, so far seen as ‘uncool’, has now become mainstream. While the protests over Sabarimala, which had enjoyed the protection of a puerile Malayali exceptionalism, led to the decimation of the Left in Kerala in the latest polls, Rahul Gandhi’s temple run, though comic, laid bare the fear in the Congress about a backlash thanks to its constant badgering of Hindu sensitivities to cement its ties with Muslims.

Although Hindus continue to be fragmented and the Sangh Parivar’s dream of a unified Hindu vote bank remains distant, there are clear signs of the emergence of a critical mass that will ensure an end to special treatments.