The jury is out on what would constitute justice for the Hathras victim. But the battle is going to escalate for the Modi government 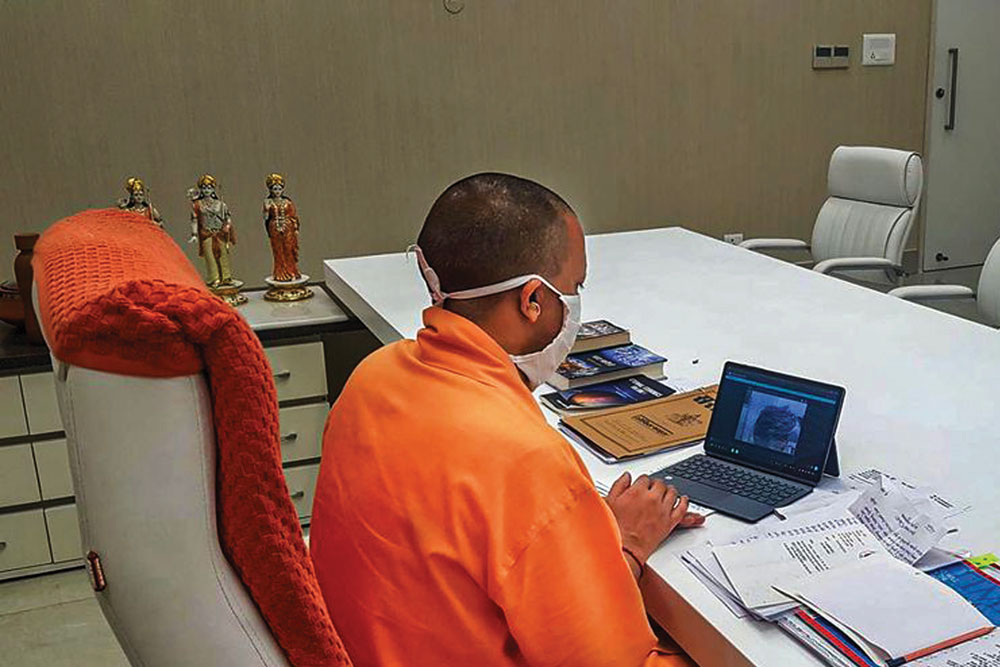 
LAST WEEK, Congress leaders Rahul and Priyanka Gandhi grabbed national and social media headlines when they raised their voices against the unfortunate death of a young Dalit woman from Hathras. Their carefully choreographed march towards Bool Garhi village, in the eye of the storm, played out in front of the cameras, as did Rahul Gandhi’s alleged roughing up by Uttar Pradesh (UP) Police personnel. Priyanka Gandhi hugging the distraught mother was a popular snapshot too. The Belchi moment revisited, friendly quarters gushed.

The seemingly scripted theatrics by the siblings over the Hathras developments have been described by some observers as low-hanging fruit, ripe for picking by those hunting desperately for causes to espouse for polishing their flagging political record. Unwilling to be left behind, Samajwadi Party (SP) chief Akhilesh Yadav, holidaying abroad, also rushed in his troops to Bool Garhi village, as did the Rashtriya Lok Dal (RLD) and the Bhim Army. Communist Party of India-Marxist (CPM) chief Sitaram Yechury grabbed an opportunity for a political outing that has become rare for him after his party’s defeat in the 2019 Lok Sabha polls. The entire opposition revelled in the opportunity that the Hathras horror afforded them to attack Yogi Adityanath’s government in UP.

Columnist Michelle Malkin described the current collective fit of protests in the US as a ‘wildebeest moment’, presumably based on the herd mentality of the genus and their behavioural attitude. A similar spectacle is underway in UP over the tragic death of the Dalit woman.

The death of the Bool Garhi victim is disturbing, especially given the giant strides India has made in the empowerment of women. They continue to be brutalised. But what truly marks this incident out today is something quite different—it signifies a new phase in the escalation of a battle that a section of so-called ‘woke’ liberals and anti-Modi groups have been waging against the Prime Minister since his ascent to power at the Centre in 2014.

There has been a sustained pattern of hostility against Modi in the opposition ranks since the day he won the General Election six years ago. Soon after the verdict was out, the electoral process was questioned by concocting a phoney debate on the alleged tampering of electronic voting machines (EVMs). US President Donald Trump faced a similar allegation of rigging two years later. To that extent, there have been many democracies across the world parroting such allegations of rigging.

But India was spared such accusations until recently. Even when election results went overwhelmingly one way in 1984, following the assassination of Indira Gandhi or when she was swept from power in 1977. No one doubted the outcome of the election and the results were accepted by the public with relative equanimity.

Since 2014, however, every incident has been scaled up by the anti-Modi battalions to unprecedented heights of supposed crises. The lynching of Mohammad Akhlaq in 2015 at Dadri in UP was unfortunate but the victims of such violence were not restricted to just one community as it was being made out. The country once again witnessed the calculated weaponising of an otherwise non-political event with the suicide of Hyderabad student Rohith Vemula, despite ample evidence that there were several triggers that could have forced the talented student to take his own life—from his disappointment with the leftwing student unions to the strides that his Akhil Bharatiya Vidyarthi Parishad (ABVP) opponent was taking on campus compared with Vemula himself, to the rut that his career appeared to be stuck in. But all of these factors were deliberately disregarded to generate a screaming headline with which to pin Modi and his Government down early on.


In the national capital, what happened at Jawaharlal Nehru University (JNU) was a shameful cheering of hanged terrorist Afzal Guru by a crowd that chose to glorify a man convicted by the Supreme Court for an attack on the seat of India’s democracy—Parliament. Slogans were also raised by the same crowd in favour of dismembering the nation. But instead of demanding action against these students, platoons of ‘liberals’ joined hands with those viscerally opposed to Modi in celebrating the developments as vibrant expressions of dissent and argued in favour of an unbridled freedom of expression.

This was a well-thought-out political project. Chief Minister Yogi Adityanath’s popularity has been soaring in Uttar Pradesh, thanks to his unconventional handling of criminals as well as of the protests against the CAA and the NRC. He had to be discredited. Moreover, liberals have long been irked with the Sangh Parivar’s success in grafting Hindu unity, defying caste and class affiliations

WHAT MAKES THE response to the Hathras incident stand out—in stark contrast—is the audaciousness with which the underpinning facts were either expunged from the public narratives being spun or brushed aside. Unlike the Vemula case, where the primary subject had a disagreement and fight with members of the ABVP, there is hardly anything remotely factual or consistent in the narrative tailored by the anti-Modi groups on the Hathras victim and the incident. This, despite some initial reports mentioning that her family and that of the key accused, Sandeep Thakur, were involved in a dispute over the last two decades. Reports also stated that the disagreement had peaked after the accused and the victim had become ‘too friendly’ for the comfort of both families and that the village panchayat had to intervene to quell hostilities by directing Sandeep to leave the village for a while. Consequently, he was packed off to Delhi a year ago. Despite this, the couple remained in regular touch, reportedly communicating by means of a phone given to the victim by the accused.

A situation such as this would normally have been celebrated as a story of two young people in love defying the straitjacket of casteism and choosing to stick to each other. However, liberals—who routinely swear by Dalit assertion and insist, rather calculatedly, that every case of ‘love jihad’ is dictated solely by love, with no communal overtones—are now bent on discounting the very love factor in this case and prefer to recast it as primarily a questionof upper-caste oppression, sexual exploitation and rape, leading to death.

Again, when the victim was rushed to the Hathras hospital by her brother and the FIR was initially filed, there was no charge of rape mentioned. That was modified in a complaint filed eight days later. This was not a convenient narrative for the Modi bashers though. For self-styled liberals, the case fell into a trope: the oppression of Dalits by upper castes. A story tailored to perfection. A collective that otherwise raised a hue and cry over strict adherence to due process in Rhea Chakraborty’s case is now subscribing to a wilful suspension of disbelief when FIRs were truthfully recorded through due process.

For liberals, this was a well-thought-out political project. A project driven by a host of reasons. First, Chief Minister Yogi Adityanath’s popularity in the state has been soaring, thanks to his unconventional handling of criminals as well as of the protests against the Citizenship Amendment Act and National Register of Citizens. He had to be discredited and de-legitimised to create an opening for his opponents. Second, despite prophecies of doom that Covid-19 patients would drop dead in every nullah in the state, the state government has been successful in containing the lethal impact of the virus when compared with richer and more resourceful nations. With the Bihar Assembly polls round the corner, there was an urgent need to put BJP-ruled UP next door—politically, the most crucial state in the country—in the dock on Covid-19 control and move the issue centrestage for voters in the neighbouring state, especially since this had failed to gather momentum as an election issue in Bihar till then. Third, liberals have long been irked with the Sangh Parivar’s success in grafting the greater unity of Hindus, defying caste and class affiliations—and the fallacious claims of its driving motive being the interests of the upper castes and the upper class—by remaining sensitive and responsive to issues concerning cultural nationalism. For long, the internecine tensions among the various castes of Hinduism have been fertile ground, especially for religious opponents aiming at a rich harvest of faithful souls.

The seemingly scripted theatrics by Rahul and Priyanka Gandhi have been described as low-hanging fruit for those hunting desperately for causes to espouse. Hathras signifies a new phase in the escalation of a battle that anti-Modi groups have been waging against the Prime Minister

Given this, the death of the Dalit victim from Hathras may have proved too tempting and powerful a tool to achieve their objectives and turn the tables on a Government grappling simultaneously with both the Chinese aggression along the Line of Actual Control (LAC) and the deadly infection that originated in China. This is apart from its attempts to dodge an economic catastrophe that seemed inevitable till sometime ago. This combination of tribulations facing the Modi Government, from the perspective of the Prime Minister’s adversaries, demanded that the gloves be off in order to build an overarching narrative to de-legitimise it.
As the week wears on, though, other, more mundane, issues can be expected to shove the Hathras developments off the map. And the rapid disengagement could be prompted by several factors. For one, the UP government has rushed to the Supreme Court seeking a court-monitored probe by the Central Bureau of Investigation (CBI). This not only establishes that it has nothing to hide or subvert, but it also proves a political nimble-footedness.

A key reason for disengagement is likely to be the intrinsic weakness, on merit, of the Hathras case itself. One of the main accused, Ram Kumar, defies the stereotyped bike-riding, moustachioed, celluloid version of an entitled and privileged Thakur. Ram Kumar, hard of hearing, not only has a small physique but is also the son of a marginal farmer, an ordinary worker in the nearby Chandpa milk-chilling plant. After his arrest, the entire posse of workers from the plant decided to lay siege to the district jail to demand his release. Locals from the Brahmin community, of late portrayed as irked with the Modi-Adityanath duo, are a key component of the protestors rallying for Ram Kumar. According to his family, his name and that of his brother Ravi Kumar, as well as the name of their neighbour Lavkush, all Thakurs, were added two days after the September 20th-21st naming of Sandeep Thakur alone by the girl and her family in their early complaint. The last, by the girl’s own account, had held her down and choked her; there was no mention of rape at the time. Political pressure, the family asserts, was the reason why the additions were made subsequently.

As the court-monitored CBI probe is awaited, the jury is out on what exactly would constitute justice for the Hathras victim. But one thing is certain—for the Modi Government, the battle it has faced so far is likely to escalate into a full-fledged war. Even as the public disengages from the developments in Hathras, liberals and political adversaries will find a new locale, a fresh battleground to discover another ‘wildebeest moment’—and to ramp up hostilities against the man at the helm of the Government. 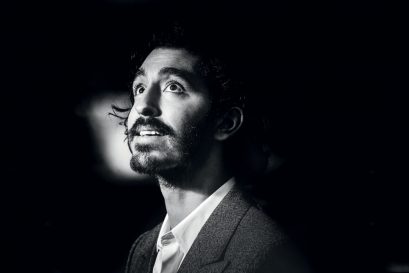 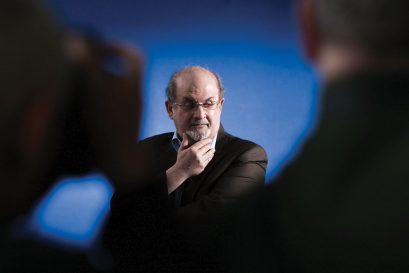 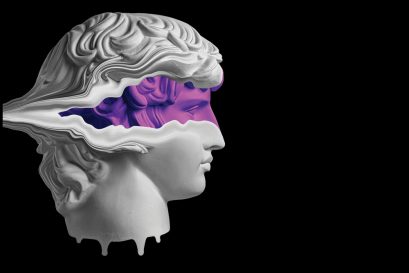