A Whiff of Kathua

Investigation without the invention of the enemy please 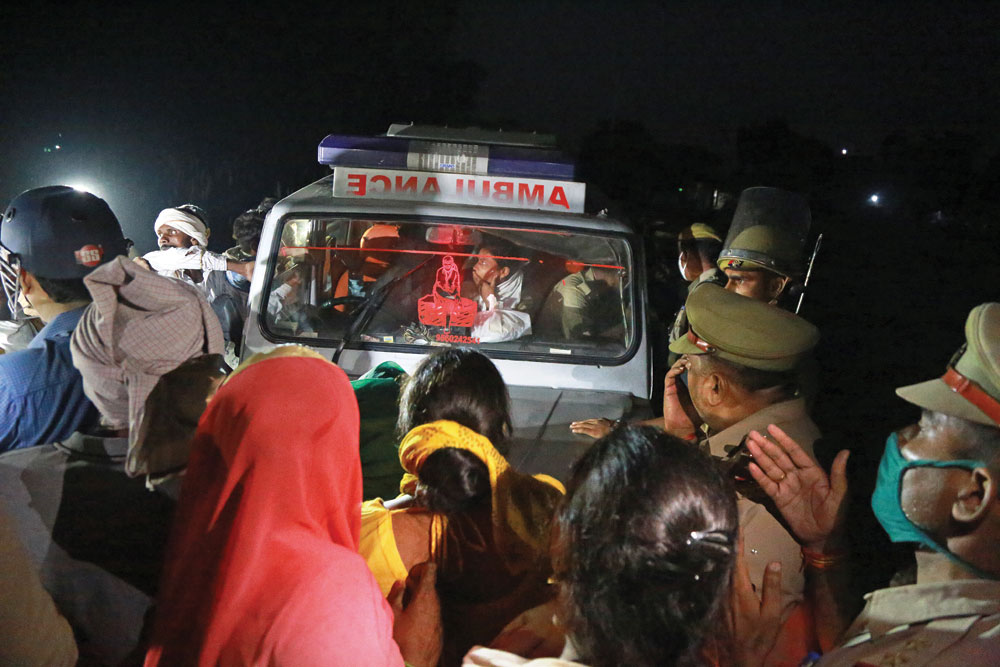 
IN 2017, when Yogi Adityanath had been the Chief Minister of Uttar Pradesh for a few months, some of the BJP loyalists and party cadre had remained unhappy with him. They would tell journalists in closed-door meetings that there were a few bureaucrats (and other advisors) who were misleading the Chief Minister, keeping him away from the real picture. This, they claimed, was not allowing him to take correct decisions.

Those who rubbished this, both loyalists and critics, said that Adityanath was in control and knew how to deal with the babus around him; they quoted statistics of his political experience, especially on his winning the Gorakhpur Lok Sabha seat consecutively for five times since 1998.

But, as the events in Hathras in the last couple of weeks blew up in his government’s face, nobody left with a modicum of sensibility was in a position to offer any explanation. His advisors may be inept at giving him the right advice, but the buck, this time round, cannot be made to steer its course and stop somewhere else—it stops right at 5 Kalidas Marg, Lucknow, his official residence.

Consider the sequence of events since September 14th, when a young woman lay writhing in pain on a stone slab, purportedly on the premises of the local police station. The policemen surrounding her were so nonchalant that it felt as if they were having a leisurely talk with a child on the sidelines of a school game. Her mother hovered around nervously, trying to keep her face covered with the corner of her sari, and at the same time prompting her daughter to show the policemen her tongue, which one of her alleged rapists had tried to sever.

In a video shot at that moment, and later shared by some in the BJP IT cell to discredit her story (without even realising what she was saying), she clearly states that she had been injured while trying to save herself from someone trying to do zabardasti (a euphemism for rape) with her.

In interviews, the mother would tell journalists later that she had found her daughter naked, with a bleeding vagina. In the hospital, the police failed to collect evidence, especially a vaginal swab. This, when in another video in which she is wearing the same clothes (so perhaps shot on September 14th itself), she names one of her alleged rapists.

The question is: what were the police doing? Why did they take the case so casually? The answer is that they thought this was just another case of a Dalit girl getting raped, which they surmised would find little mention in some local newspaper and be buried afterwards; it is also possible that they realised that the accused in this case were Thakurs, the same caste as Adityanath’s and thought better than pursuing the case as per provisions of the law. Even BJP insiders feel that Adityanath goes out of his way to promote people from his caste while neglecting others (that is, other so-called upper castes).

By the time the woman was shifted to Safdarjung Hospital in New Delhi, it was too late; she succumbed to her injuries a day later, on September 29th.

As the UP government came in for severe criticism, the police said in their defence that the victim first made a statement about rape on September 22nd after which her samples were sent to the Forensic Science Laboratory (FSL) in Agra. That was a terrible mistake. But what is unpardonable is that it took a few more days for the administration to collect the sample. By that time, 11 days had passed since the assault.


The body was sent back to the village and cremated in secrecy at night itself. Had it not been for a few alert journalists, we would have never witnessed how shoddily it was done, with the victim’s pyre being lit with the aid of an inflammable material, perhaps kerosene oil or petrol. No one in her family was allowed to catch a last glimpse of her, let alone attend her last rites. The distraught mother would later regret that she was not even allowed to put turmeric over her daughter’s body, as per their tradition. In a revealing statement, she explained later how the Hathras district magistrate had told them they had no idea what happened in a post-mortem and that they would not be able to bear to see their daughter’s corpse like that. In a later video, which went viral, the district magistrate is heard telling the family that the media would come and go, but only the government would be there to help them.

Citing the FSL report, Additional Director General of UP Police Prashant Kumar held a presser claiming that the victim was not raped. To hear a senior officer talk like that, without considering the science and the new provisions of the law, was shocking. Did such an experienced officer not know that it is impossible to find spermatozoa so many days after an assault and that the absence of sperm alone does not rule out rape? Also, in the Criminal Law (Amendment) Act, 2013, made after the Nirbhaya case, penetration is not necessary to confirm sexual assault. To appear on TV with such glaring lapse of judgement is evidence of either ignorance or an attempt to mislead the public.

Law and order are the responsibility of the head of a state. But to be fair, every rape cannot be blamed on the chief minister. But what is shocking is the display of arrogance in this case, from the district magistrate to the Chief Minister, which has resulted in such public outrage. That a five-time parliamentarian would think that hiring a public relations firm to send mailers that no rape took place was the right thing to do, calls for serious introspection.

After severe backlash, the media was finally allowed to enter the village without hindrance. But even afterwards, 21 FIRs have been lodged across the state, six of them in Hathras alone, alleging sedition and conspiracy by unknown people. One of the FIRs has been filed against Dalit leader Chandrashekhar Azad for violating Section 144 in Hathras, put in place using the current pandemic as a ruse. This, when Thakur gatherings were allowed freely, some of which made their way to social media and everyone could see the government’s apparent hypocrisy on this matter. In one of the videos, the leader of a local party of upper castes, donning a large tika on his forehead, is seen issuing a veiled threat to Azad, asking him to come out and meet his “big brothers”.

For their part, the government spin doctors are now running videos of interviews with the family members of the accused, alleging that there was no gangrape at all and that the victim’s family had been offered Rs 50 lakh by “unruly elements” to lie against the government. Reports have also been floated that over 100 calls were made between the mobile phones of the main accused and the one registered in the name of the victim’s brother.

While the truth must come out—and it can come out only after a proper investigation—it is pertinent to see how most of this could have been avoided if Adityanath’s government had acted swiftly and followed the law, and showed a little empathy towards the victim’s family. A couple of officials went much later to speak to the family, but by that time it was too late. Had the government acted promptly and ensured better treatment, perhaps the woman would be alive today.

The incident has also rekindled the opposition, otherwise in tatters in the state. Congress leaders Rahul and Priyanka Gandhi were stopped at the Delhi-UP border. So many police personnel were deployed on the border that many could not help but comment that had the government shown such urgency in protecting Dalits in the state, such a situation would not have arisen.

On October 5th, Yogi Adityanath made a statement that in Hathras there was an attempt to incite violence through international funding. Even after so many days, there was no acknowledgement that the government may have erred in its judgement.

A day later, as the Supreme Court, hearing a PIL, called the case “shocking” and “horrible”, the UP government told the court that it was forced to cremate the victim at night because it had intelligence inputs that large-scale violence had been planned for the morning. The case, it has told the apex court, should be handed over to the Central Bureau of Investigation (CBI) whose probe should be monitored by the court.

That is not a bad thing at all. But till the investigation is complete, the onus is on the UP government to make sure that the Hathras case does not become another Kathua. In 2018, after the rape and murder of an eight-year-old Muslim girl by Hindu supremacists, rallies were taken out in support of the accused in which, among other things, nationalism was evoked by unfurling of the national flag. In Hathras, there are clear signs that it is veering the same way. In a bid to invent the ‘enemy’, the government will create a danger that will have long-term repercussions.

That unholy spectacle the Adityanath government must nip in the bud.