Balancing ease of doing business and ease of living 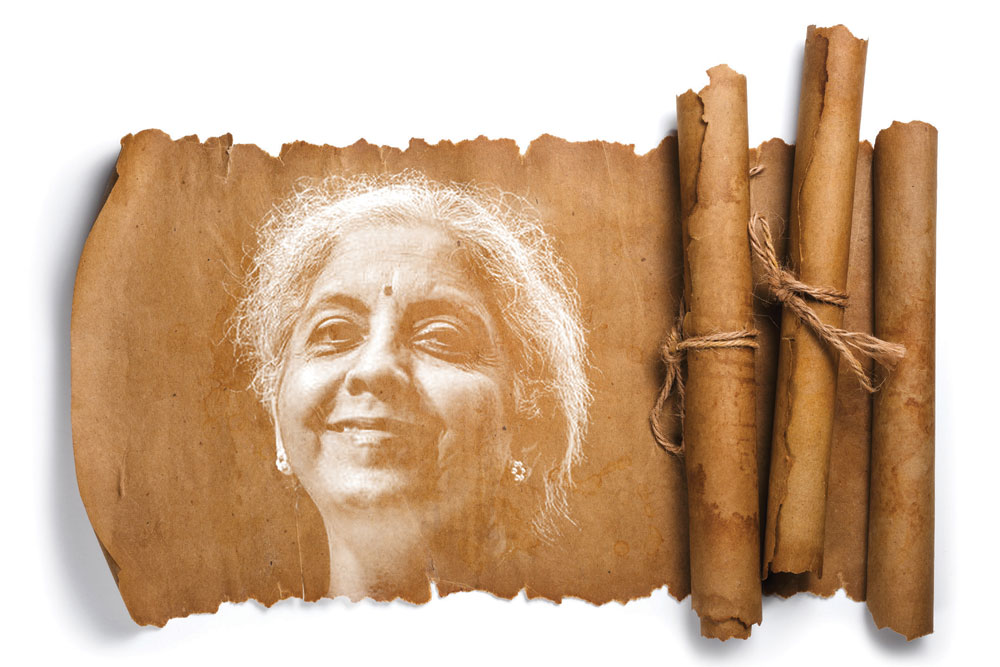 
In the Budget speech, the finance minister quoted from the Mahabharata, in paragraph 119 of the Budget Speech. दापयित्वा करं धर्म्यं राष्ट्रं नित्यं यथाविधि। अशेषान्कल्पयेद्राजा योगक्षेमानतन्द्रितः॥ This is not the exact way the Sanskrit is cited in the speech. As a language, Sanskrit flows freely, with the last letter of a word joining the first letter of the next word, in rules of grammar, “sandhi  That’s one reason we often find it difficult to understand Sanskrit. If the “sandhi” is broken up, comprehension becomes easier. In the finance minister’s citation, there was “sandhi”. In mine, I have partially broken it up. When quoting from the Mahabharata, it’s important to mention the text, since there are different versions. These days, quoting from Bhandarkar Oriental Research Institute’s Critical Edition is the norm. As the finance minister’s speech mentions, this is from “Shanti Parva”, 72nd chapter, 11th shloka. The chapter and verse citations are from the Critical Edition. In a different edition of the Mahabharata, chapter/verse might be different. Shanti Parva is referred to as the book of peace, after the Kurukshetra war is over, and has teachings by Bhishma, lying down on his bed of arrows, to Yudhishthira and his brothers. Shanti Parva has three broad sub-sections, Raja Dharma Parva (dharma for kings), Apad Dharma Parva (dharma in time of calamities, when deviations from the standard template are permitted) and Moksha Dharma Parva (dharma of liberation from samsara). Today’s Government is the counterpart of the king then.

The Covid pandemic and the sudden shock ravaged the entire world, not just India. There was the immediate health aspect (mortality and morbidity) and restrictions on economic activity. On both, irrespective of the metric used, India has performed rather well. The president’s address to Parliament, Economic Survey 2021-22, and Budget for 2022-23 have documented this. Real growth in 2021-22 will be 9.2 per cent, compensating for the decline (now estimated at 6.6 per cent) in 2020-21 and the level of GDP surpassing pre-pandemic levels. Growth recovery is broad-based, but still has to be nurtured. The Economic Survey expects growth in 2022-23 to be between 8 and 8.5 per cent. The Budget doesn’t directly give us real growth figures. It gives us a nominal growth rate of 11.1 per cent. Nominal growth is real growth plus the inflation rate.  In this case, inflation rate is measured by what economists call the GDP deflator. The Economic Survey’s Statistical Appendix 1.2 allows us to deduce the implied GDP deflator.  This was 4.2 per cent in 2020-21 and 8.4 per cent in 2021-22. To attach the due caveat, these aren’t final figures, and 2021-22 was an exceptional year. The GDP deflator for 2022-23 will be around 4.5 per cent. This implies the Budget expects GDP growth in 2022-23 to be around 7 per cent, less optimistic than the Survey. Before the Budget, most people expected an assumption of a nominal rate of growth of 13 to 14 per cent. The Budget is less sanguine and more cautious, not just for 2022-23, but beyond. There is still uncertainty. That’s the reason Budget papers do not have a medium-term fiscal projection. To quote from the fiscal policy statement, “In this context, balancing the twin imperatives of growth and fiscal consolidation assume significance. Therefore, medium-term fiscal projections have not been provided in this Statement.”

The pandemic knocked two years off from India’s development trajectory, 2020-21 and 2021-22. 2020-21 was a decline. 2021-22 has an incipient recovery and all four elements of this incipient recovery (consumption, Government expenditure, investments and exports) have to be nurtured. Two years have been knocked off from the sustainable development goals (SDG) targets for 2030. Two years have been knocked off from the $5 trillion US GDP target. That $5 trillion target is expressed in nominal US dollars. That is, it is a function of real growth, inflation and the exchange rate. Depending on assumptions made about inflation and the exchange rate, we can deduce the required real rate of growth. The new Chief Economic Adviser (CEA) has mentioned 8 to 9 per cent. Article 112 of the Constitution requires an annual financial statement of the Union Government’s receipts and expenditure to be placed before the Government. That’s what the Union Budget is. Traditionally, Union Budgets have been scrutinised, applauded or disparaged, on the basis of annual tinkering with taxes and expenditure. However, as we reform, these are meant to be stable and certain. Notice that the finance minister didn’t quote from the Apad Dharma Parva part of Shanti Parva, signalling that though there is uncertainty, the calamity is over. She quoted from the Raja Dharma sub-section.

One should now give a translation of the quoted shloka. This is the finance minister’s translation. “The king must make arrangements for yogakshema (welfare) of the populace by way of abandoning any laxity and by governing the state in line with dharma, along with collecting taxes which are in consonance with the dharma.” Translations can always differ in the choice of words, though not in substance. It is not the case that one is right and the other wrong. In the Mahabharata translation, this is how I translated the shloka. “The tax imposed on the kingdom must always be in accordance with dharma and in accordance with what has been decreed. The king must be attentive in ensuring unlimited yoga and kshema.” I left the words yoga and kshema untranslated. The finance minister translated them together, as welfare. That’s not wrong, but the words have different nuances. The two words occur together in 9.22 of Bhagavad Gita too. अनन्याश्चिन्तयन्तो मां ये जना: पर्युपासते| तेषां नित्याभियुक्तानां योगक्षेमं वहाम्यहम्|| Even those who haven’t read Bhagavad Gita are probably familiar with the योगक्षेमं वहाम्यहम् bit, since it is part of LIC’s motto/logo. The word yoga has many meanings, but fundamentally, it is about acquiring what one doesn’t possess. The word kshema is about preserving what one does possess. In the context of the Budget, I will interpret kshema as preserving a 7 per cent rate of growth and yoga as moving to 8 or 9 per cent.

The two planks of Government policy have been (a) growth and productivity, an enabling environment for entrepreneurship; and (b) inclusive welfare and empowerment of the poor and marginalised. Part of (a) can be interpreted as ease of doing business (not just the corporate sector) and part of (b) can be interpreted as ease of living. Mahabharata (especially Shanti Parva) is a good text to quote from, because in that day and age, it tells us that the priorities of a king were no different, though the words used were different. The kshema aspect of (b) is evident in dashboards, the president’s address to Parliament, Economic Survey, National Family Health Survey (undertaken in the midst of the pandemic) and what’s stated in the course of the Budget. The yoga aspect means extending it further, unleashing productivity, making land, labour and capital markets efficient, so that we move to that 8-9 per cent growth trajectory.  That’s what is meant by Amrit Kaal, and setting a template for India in 2047, so that India moves to the high human development category (as measured by UNDP’s human development index) and the upper middle-income bracket (a per capita income of around $4,500). Covid, despite the disruption, didn’t establish the Government has been wrong in what it has pursued since May 2014.  Indeed, but for this, the Covid consequences would have been worse.

At one level, there is nothing new in the Budget. There isn’t meant to be. There is continuity.