The reinvention of water as a wellness commodity 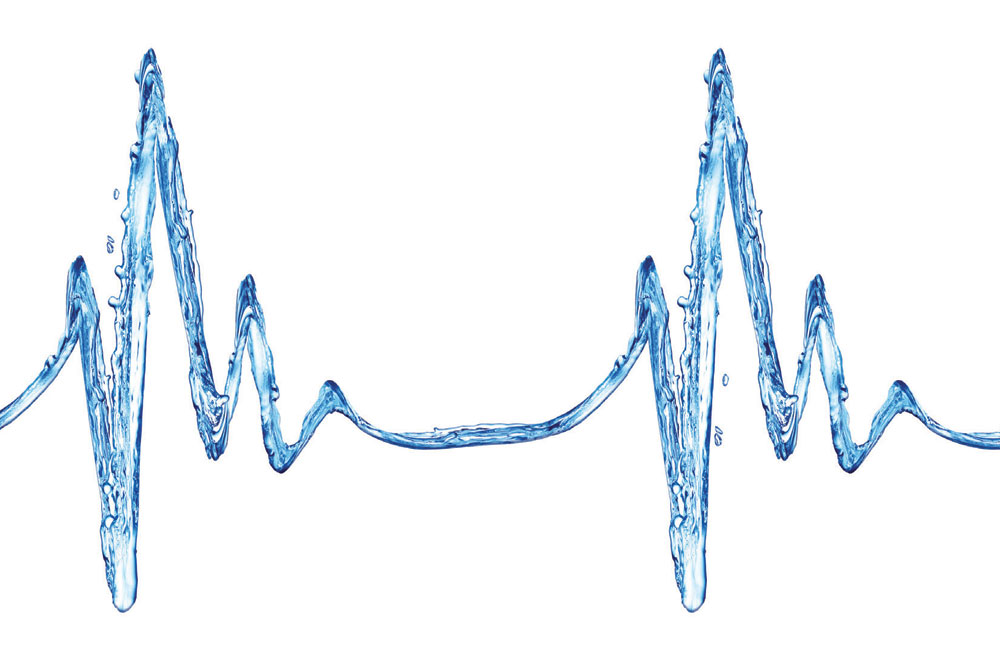 
Water stands at the forefront of much of the world’s burning concerns. We fret over climate change and what fast-melting glaciers are doing to our rivers and geography; we fear for our depleting groundwater tables; and we worry, with good reason, about equitable distribution of water.

But water stands at the forefront of another of the modern world’s big preoccupations—wellness.

Water isn’t just plain water now. We increasingly drink not to quench our thirst, but to hydrate ourselves. We fuss over it, lug heavy water bottles everywhere, set daily quotas and chastise ourselves for failing to meet them. The wellness movement having cast its eye over many of our mundane activities over the years—so that we are now eating and breathing mindfully, counting our daily steps, and tracking our sleep—is transforming water into a wellness commodity.

The neurosis of this cult of perfect water drinkers—a trend known as hydrating—is visible everywhere. You would have seen, in the pre-Covid world, the colourful Post-it notes some of your colleagues stuck on their computers to remind themselves to drink some water; or perhaps, you may know of those who set these as alarms on their phones and activity trackers. You may know of those who carry large water tumblers on car journeys that will be over in minutes. And you may have seen, in case you happen to be on the stretch between Juhu and Bandra, a celebrity braving the streets as she makes her way to her yoga studio, a rolled yoga mat under one arm, a phone and a water bottle in the other.

Hydration is the latest lucrative frontier in the wellness boom. And the markets are increasingly being seized by its commodities, from bottles made of different materials to hydration products such as water drops and electrolyte packets (in the US) that claim to increase people’s hydration. The New York Times reported earlier this year how the popularity of a simple concoction of water with lemon squeezed into it—its endorsers ranging from Gwyneth Paltrow and Jennifer Aniston to Gisele Bündchen—has reached a fever pitch in the US, with Google searches for ‘lemon and water’ up nearly 25 per cent since this time last year.

Hydration is often marketed as a cure for nearly all of life’s woes. Water has become the latest item in a celebrity’s skincare secret. Drinking litres of it every day, we are told, is the secret to good health, weight loss, more energy and great complexion, and that it may even help us avoid cancer. The maxim of this new trend is perhaps best captured in the tweet by the Twitter company’s own account (on the first day of 2020): ‘New decade, drink water’.

Like many other things, Covid-19 is accelerating this trend of hydration. There is a general fear for your health. And wellness, with its ideas on water, is making an impression.

“Each mineral water has a distinct story to tell,” he says. Iyer is also a water sommelier. The first of his kind in India who underwent a course in Germany that trains individuals in appreciating and developing their sensory skills in fine water. The taste of water is different from one another, he says, because of every water’s different characteristics, from the ‘minerality’ and the TDS (total dissolved solid) levels to its carbonation, ‘virginality’ and which region the water is sourced from.

In India, till the early 2000s, packaged water brands routinely claimed to be mineral water. It was only after a sustained campaign with the government by the likes of Iyer that a standard differentiating the two types—that of natural mineral waters and bottled water—came about.

Veen’s original water—sourced from a remote water source in the Finnish Lapland—is considered one of the smoothest waters in the world. The water comes in glass bottles, which Iyer claims is better than plastic bottles, since plastic bottles can harm both people’s health and the environment. When the brand was launched, the company searched for a good water source across the country—briefly tapping into a water source in a forest area in Tamil Nadu’s Kotagiri, which eventually had to be abandoned because seeking permissions to expand their facility was going to be cumbersome—before they finally settled on a spring water source in a remote part of Bhutan. “The ironical thing of finding a good source for mineral water is you are really looking for god-forsaken places. You want to be as far from civilisation as possible. You might think water from Himachal Pradesh is going to be great because it is pristine and there is going to be water from the Himalayas. But it is such a polluted state with around two dozen pharma factories polluting the area with hazardous waste,” Iyer says. “In our Bhutan source, which is in a remote forest, we have somewhere between 10 to 18 kilometres without any civilisation nearby.”


Hydration is the latest lucrative frontier in the wellness boom. And the markets are increasingly being seized by its commodities, from bottles made of different materials to hydration products such as water drops and electrolyte packets

Iyer speaks enthusiastically about the way water can enhance fine dining experience. According to him, a meal or alcohol must be paired with the right water to enhance the experience, a seafood salad or sushi which has subtle flavours, for instance, he says, must be accompanied with water with low carbonisation. “You cannot have water which overpowers, say, sushi. No point spending so much money on a meal but then dampen that experience by drinking any water,” he says.

Every few years, a new type of water brand is released in India. One such is an alkaline water brand Evocus by the Indian startup, AV Organics, whose water is black in appearance. They source and refine minerals from a facility in the US, which is then infused in the water at a plant in Gujarat. According to reports, the company is working on a few more such drinks.

One of the core ideas in the hydration trend is the need to drink more water. We are told constantly that we aren’t drinking enough water. That every time you feel thirsty, it means we are already dangerously dehydrated. There is also the so-called ‘8×8’ rule, where we are told to drink eight glasses of water per day totalling around two litres of water.

But much of this has no real scientific basis.

According to an article on BBC, this advice probably stems from two pieces of guidance: the US Food and Nutrition Board of the National Research Council advising adults to consume one millilitre of liquid for every recommended calorie of food in 1945, which equates to two litres for women on a 2,000-calorie diet and two-and-a-half litres for men eating 2,500 calories; and a 1974 book, Nutrition for Good Health, which recommends an average adult consume between six to eight glasses of water a day. But what is often forgotten is that both these pieces of advice also state that this quota of water can be met through other sources such as fruits and vegetables, and other types of drinks.

There is also no real need to stick Post-its or set reminders on our phones to drink more water. Our body already has a sophisticated technique to do so. It is called thirst. According to the BBC article, ‘In a healthy body, the brain detects when the body is becoming dehydrated and initiates thirst to
stimulate drinking. It also releases a hormone which signals to the kidneys to conserve water by concentrating the urine.’

Over-hydrating may not really harm an individual. We would simply pee out all the excess water. Although in rare conditions, it can lead to a condition known as hyponatremia, and result in hospitalisation. Many of our fears of becoming dehydrated comes from studies of athletes who lose fluid rapidly during intense workouts. But an average person, spending most of his day at a desk or a 20-minute pilates session, is hardly at risk of dehydration. Besides, even in high endurance activities such as marathon running, there is now a larger discussion on whether people really need to drink as much water as is often prescribed.

Meanwhile, Iyer sees a growing interest in fine waters in the food and beverage space. He believes at some point in the distant future, we may perhaps see Indian fine dining establishments coming out with a water menu, along with its food and bar menus, and there may even be water-tasting sessions. “But that is a long time away,” he says.