Learning from Rama in the wake of the Ayodhya judgment 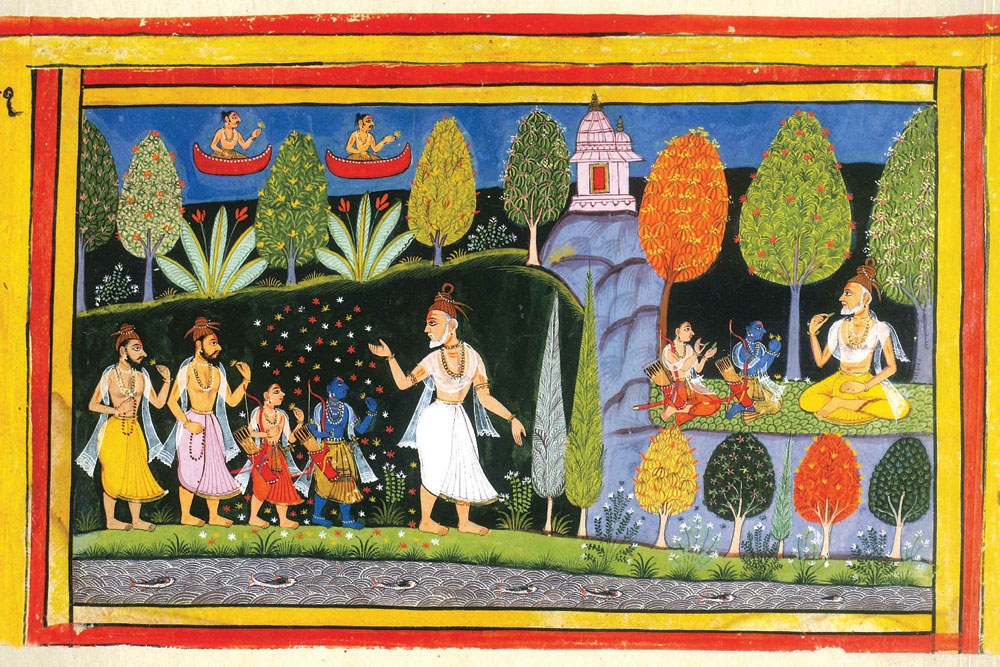 Ram and Lakshman accompany Rishi Vishwamitra to the forest to kill the rakshasas Marich and Subahu, who interrupt and corrupt his yagya and meditation. On the way, he gives the brothers the knowledge of Bala and Atibala, two mantras that would allow them to overcome hunger, thirst and fatigue (Courtesy: Ramayana, introduction by JP Losty and text by Sumedha V Ojha, Roli Books, 2016)


It’s a great paradox that this country has bled, for centuries, over 2.77 acres of land in the name of a man who was willing to renounce his kingdom and walk away from everything to which he was the rightful heir. And yet, one cannot  underestimate the extraordinary devotion in the hearts of millions in this subcontinent towards him.

At the very outset, let me say that I do not consider myself a supporter of either the Hindu or the Muslim community. As a yogi, I do not identify with any particular faith. Yoga is the science of shedding identifications, not acquiring them. It is also a fact that in southern India, the question of Rama’s birthplace is not a particularly major emotive issue. There are many devotees of Rama in the south, but Ayodhya as a sacred site is not a place of great importance for them.

However, if I welcome the Supreme Court’s verdict, it is because I am among the many in this country that want the impediments on this nation’s road to development to be vanquished. I know 95 per cent of the population feels the same way. Collectively, we all want this longstanding and festering issue to be resolved once and for all. The Supreme Court verdict has done just that. It is a landmark ruling that should be welcomed by all.

Whatever our personal persuasions, let us not forget that the Ramayana has been one of the foundational narratives of this civilisation. Rama has been the fulcrum of the lives of millions for over 7,000 years. It is important to see that he is not a religious figure. He cannot be claimed exclusively by any faith. Nor is there any point in the story at which Rama ever proclaims himself a Hindu. If Rama is a cultural and spiritual icon for this country, it is because he is an embodiment of stability, balance, peace, truth, righteousness, compassion and justice. We revere him because he embodies the qualities necessary to build a great civilisation. If Mahatma Gandhi drew on the Ramarajya metaphor during the Indian freedom struggle, it is because this great founding myth is part of our DNA, deeply embedded in our collective psyches. It is important not to disturb such a story.

Yes, the modern mind might be inclined to wonder why we venerate Rama. After all, he does not represent a success story. In fact, his life is a serial disaster. Few men have lived through so many misfortunes in a single lifetime. Although he is the legitimate heir to the throne, he loses his kingdom and is banished to the forest. There he loses his wife, wages a war to get her back, burns down a whole country in the process, brings her back, faces criticism and recrimination from his people and banishes her once again! More misfortune: his beloved queen tragically has to deliver her children in the forest. To add to the irony, Rama fights with his own children, unaware of who they are. And eventually, Sita, the only woman he ever loved, dies in the forest. Clearly, this is a tale of woe, and the man’s life is a colossal failure. But if we revere him, it is because of how he lived his life: the grace, dignity, courage and fortitude with which he handled his failures.

It is possible to critique this story today by adopting a modern gaze: we can dismiss Rama’s treatment of Sita as unfair to women, or see the depiction of the vaanaras as demeaning and ethnocentric. Indeed, it is easy to pick up any figure from our past and dissect them. Whether it is Krishna, Jesus or Buddha, it is easy to scrutinise them through a contemporary lens and find them imperfect and flawed in some way. But before we dismiss these figures with simple judgements, let us not forget that humanity needs its icons. These figures have, for all their seeming imperfections, served that vital function for centuries.


Let us look at what makes Rama so exceptional. Several thousand years ago when rulers in most parts of the world were mere conquerors—often nothing short of barbarians—Rama showed an exemplary sense of humanity, sacrifice and justice. He is not venerated because he is a conqueror of the outer world; he is a victor of the inner life because he is unshaken by adversity. Even after he kills Ravan, he does not gloat; he comes to the body of the fallen hero and repents for a deed he had to commit. Through all the challenges of his life, he never loses his equilibrium, never turns bitter or vengeful. He steers largely clear of guile or realpolitik and is vigilant about not misusing his power. A man of equanimity, he leads by example, living a life of integrity and self-sacrifice, willing to renounce his own happiness for the sake of his subjects. Above all, in a culture that values mukti or freedom, he represents freedom from negativity, from self-interest and mean-spiritedness. He refuses to allow his interiority to be hijacked by a life of karmic turbulence.

In short, Rama is a hero not because he leads the perfect life, but because he leads a remarkable one. This is why he is considered to be the maryada purush. And if Ramarajya represents an ideal, it is because it is an emblem of a just and fair state, not a tyrannical or authoritarian one. This is what we want to make of India today, and this is why this epic continues to be of enduring relevance.

A profoundly emotive issue cannot be handled as a real estate problem. The wisdom of Solomon tells us that this will never be satisfying. When two women approach the wise king claiming that a child is theirs, he tells them to divide it in two and take one half each. The real mother immediately says to the other woman, ‘You take my son. I will never do this to my child.’ Simply chopping something up into pieces has never been a solution. A solution is one that is meaningful, respectful and workable for everybody. The Supreme Court verdict has offered us this. It has decisively, evenhandedly and empathetically addressed an issue that has ravaged this country long enough. Responsible members of both communities have welcomed this resolution. It is now time to move ahead.

A certain section of this country—thankfully, a small one—wants to find problems in every solution. But we have had enough of this mindset. It is now time to find solutions to every problem. Let us not forget that despite the best efforts of colonial rule to divide the two communities, both Hindus and Muslims came together in 1857 to fight what is known as the First Indian War of Independence. We refused to be enslaved by a design that sought to weaken us by dividing us. We decided to write our own script. During the freedom struggle, we unified and moved ahead as one people, one nation, bound by a common goal. The time has come to do that yet again.

Let us not keep re-opening the pain of historical wounds, recycling sagas of rage and conflict, rehashing stories of violence and vengeance. Whatever pain remains, let it be healed. This is the time for the Hindu community to reach out to assuage those in pain, remembering that the man whose legacy they seek to protect was the kind who bore no ill will or resentment towards anyone. This is the time to bow down in grace and gratitude, remembering the humility that Rama embodied. It is important too for the Muslim community in this land to remember that they are heir to a teaching that tells them that the entire earth is a place of prayer. There cannot be a more inclusive statement than that.

The Supreme Court verdict is a milestone. It means we are taking responsibility for our mess and refusing to pass the buck to our children and grandchildren. Future generations in this nation will have their own issues, but at least we are not inflicting an endemic problem upon them. Let us all refuse to suffer our past any longer. It is time to build bridges and move ahead, refusing to be encumbered by the narratives of an obsolete history.

Sadhguru
Sadhguru is a spiritual leader and author. He is the founder of the Isha Foundation 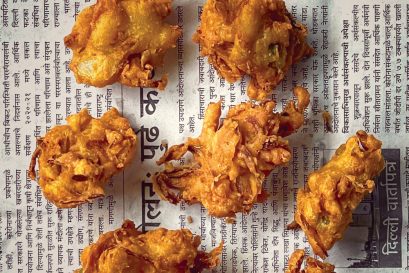