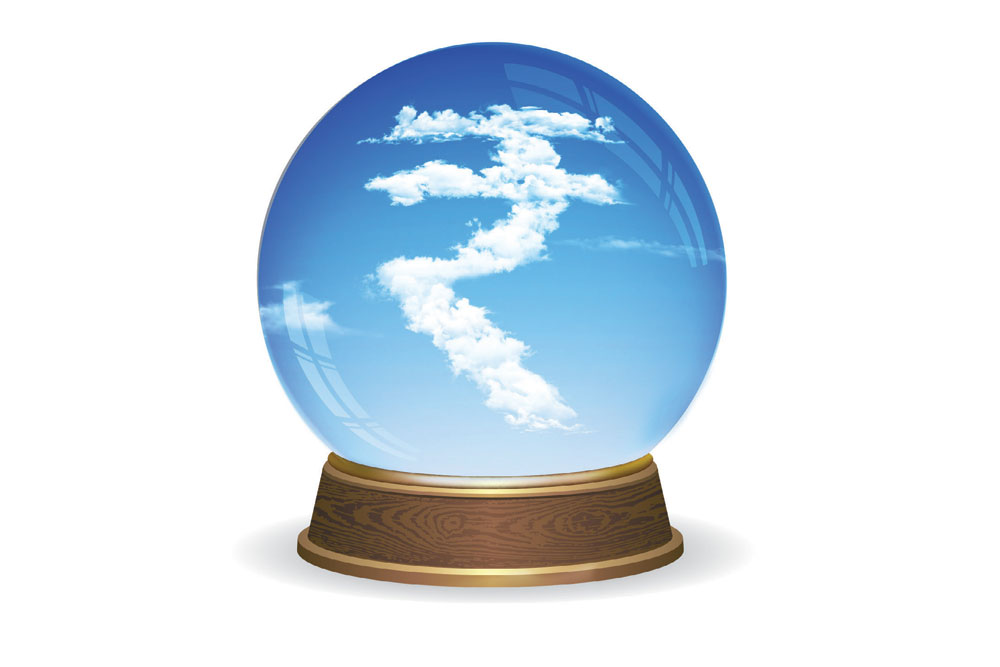 
When Covid-19 hit India in March 2020, the Indian economy was already on a soft patch. While inflation remained under control, GDP growth had come down from previous years. The pandemic and the mobility restrictions put in place to contain it resulted in a shock to the economy. After a very rough one year, economic recovery commenced. As the third wave looms large at the start of 2022, some of the old fears have returned even as India is in much better shape to manage the fallout. With rising vaccination rates and a substantial fraction of the population being fully vaccinated, the danger of loss of life, the prime concern for any country, is low. The real worry for India—a services dominated economy—is that of a prolonged disruption in mobility.

There are three factors that are worth watching to understand India’s economic trajectory in 2022.

A lot hinges on whether a new wave of the Covid-19 pandemic will hit India in terms of infections, hospitalisations and deaths. By now it is almost reflexive for governments to order mobility restrictions as soon as the number of daily new infections crosses a certain threshold. States have graded mobility restriction plans that kick in as soon as these thresholds are crossed. Since the last week of December when cases due to the Omicron variant began rising rapidly, various states and metropolitan areas have imposed curbs. Google Mobility data for January 1st, 2022 shows that across India mobility trends for workplaces were down 7 per cent compared to the baseline and down 3 per cent for retail and recreation. In Maharashtra, workplace mobility was down 11 per cent while retail and recreation was down 15 per cent. The figures for Delhi were even more severe.

The first casualty of such restrictions is the services sector, the single biggest component of output in India. After the severe second wave of the pandemic, India’s services sector had begun to get back on its feet slowly. The IHS Markit Services PMI Index began its gradual upward march from June 2021 when it stood at 41.2. Any reading of the index below 50 indicates negative territory. From August onward the index has remained above 50, with its December reading at 55.1. After a high in October, the index has begun weakening. With mobility restrictions and rising number of Covid cases, it is likely that the services sector will be hit in the fourth quarter of 2021-22.


One domain where growth is taking place in leaps and bounds is that of startups where years of encouragement seem to be paying off. In the recent past, almost half of FDI in India has gone into digital investments as compared to just 20 per cent some years ago. The results are for everyone to see. In 2021, there were 40 unicorns compared to 26 in the previous decade

The one ray of hope in this context is that the new variant of the virus is not as lethal as the Delta variant and data from South Africa—where the Omicron variant originated—shows that the rise in the number of cases, while very high, also recedes fairly quickly. In India, however, caution is warranted as the sheer number of cases can potentially overwhelm the healthcare system even if the number of those requiring intensive care remains low. The knee-jerk response of many state authorities to impose curbs is the product of the experience during the second wave of the pandemic. The result, however, is that the trade-off between economic recovery and caution veers towards an economically unfavourable outcome.

Even before the number of cases due to the Omicron variant rises, renewed calls have been made for a ‘fiscal impulse’ by the Centre to ensure the economy is not hit adversely. It is another matter that the Centre’s priorities were in the right place right from March 2020 when it became clear that the pandemic would hit India adversely. The Pradhan Mantri Garib Kalyan Yojana (PMGKY), which prioritised grain distribution to workers who had returned home, ensured that the backbone of the Indian economy—its workers—would not be hit hard. In late-November, PMGKY was extended from December 2021 till March 2022, a proverbial life-saver for the poor. If the pandemic does not abate by March, it is certain that pro-people policies will be extended into the second half of fiscal 2022-23.

On the macroeconomic level, the pandemic poses dilemmas for both monetary and fiscal policymaking. At RBI there have been concerns that monetary policy required tightening when Consumer Price Index (CPI) inflation continued to remain stubborn even as Wholesale Price Index (WPI) inflation raced to double digits (14.23 per cent) in November 2021, a 12-year high. Later, from March onwards, when the US Federal Reserve is expected to raise interest rates, this dilemma will become more acute. During the most severe phase of the pandemic, inflation remained low and an accommodating monetary policy did the heavy-lifting of the support needed by enterprises. With inflation inching up in 2022, the growth versus inflation trade-off will become harder to resolve.

RBI estimates state that inflation in the fourth quarter of 2021-22 will be 5.7 per cent (CPI), a tad above the 5.1 per cent level in the third quarter of the year. If the number of cases continues to rise for the next month or two, the usual calculations in monetary policymaking may not hold.

THE CHANGING NATURE OF REFORMS

2021 probably marks the last attempt during the current political cycle to effect politically charged reforms. This is a wide term that includes the just-repealed agricultural reform laws and the yet to be effected labour law reforms. These reforms were crucial in furthering productivity in agriculture and industry, with labour reforms being part of the formalisation of the economy. But it is clear now that these sectors have been hopelessly politicised and no reform is possible immediately.

Instead, the Government is likely to further push reforms such as the National Monetisation Pipeline (NMP), the multi-sector Production Linked Incentive (PLI) scheme and financial sector reforms, such as the bad assets bank. The PLI scheme comes close to an ad-hoc industrial policy.

In the normal course, a politically stable government is likely to pursue both sets of reforms as they are complementary. But as 2021 showed, there is a very hard upper limit to which the two can be pursued together in the face of strongly entrenched interest groups. This will complicate some of the objectives the Narendra Modi Government had set for itself. Foremost being the doubling of farmers’ income. The approach had two prongs: helping the poorest of farmers with income support and opening opportunities for the better-off ones. The latter prong was sabotaged by farmers from Punjab. Overall, this also impacts India’s growth strategy.

The traditional route to economic growth—through growth in investment and consumption demand—is now subject to uncertainties. But these uncertainties do not mean that the Government has stopped exploring alternative investment and growth strategies. One alternative domain where growth is taking place in leaps and bounds is that of startups where years of encouragement seem to be paying off. In the recent past, almost half of foreign direct investment (FDI) in India has gone into digital investments as compared to just 20 per cent some years ago. The results are for everyone to see. In 2021, there were 40 unicorns—startups with a valuation of more than $1 billion—compared to 26 in the previous decade. In 2021—a year when India was badly hit by the second Covid wave—privately held startups raised $31.2 billion, a sum nearly thrice that of the $11.2 billion in the previous year.

There is pessimism about startups being a solution to India’s largescale employment needs and to be fair, they are not. But India’s success in this area has been needlessly underplayed as being peripheral to economic growth. In December, the Government informed Parliament that startups registered with it generated 1.92 lakh jobs in 2021. Cumulatively, 5.98 lakh jobs have been generated in the sector since 2018. The results in 2021 proved otherwise. This area is likely to see further state encouragement in 2022.

The new wave and the rising number of Covid infections could not have come at a worse time for India. After witnessing a severe economic contraction in 2020, the economy was poised to jump back to life. Various forecasters hinted that India would be one of the fastest growing economies in 2021-22 and 2022-23. The International Monetary Fund (IMF) pegged India’s GDP growth in 2021 at 9.5 per cent and in 2022 at 8.5 per cent. This was also reflected in domestic economic markers and surveys. RBI’s Consumer Confidence Indices—the Current Situations Index (CSI) and the Future Expectations Index (FEI)—began indicating weak consumer confidence from March 2019 onward. From May 2020 they began diverging wildly with the CSI falling below 100 and FEI showing poor future expectations. In the last three survey rounds, however, the band between the two indices began to narrow, indicating a convergence between current and future expectations. In December, just before Omicron hit, the gap was the narrowest in many months. Weak consumer confidence and weak investment growth feed into each other and have been the reason for India’s weak economic growth. These factors merit a close watch in 2022.