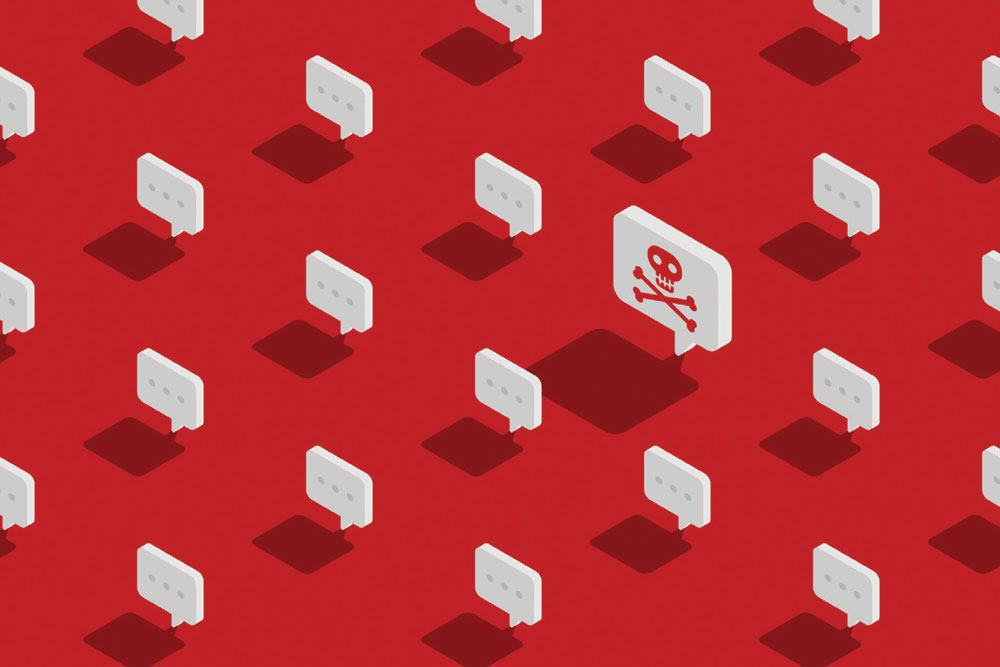 
THE PROLIFERATION OF social media presents a clear danger to liberal democracy, free markets, political order and, indeed, to human civilisation. The threat is greater and more urgent than that presented by climate change, Artificial Intelligence, nuclear war, pandemics and terrorism. While we recognise many of the latter as constituting global threats and are aware of how to address them (even if we find it difficult to do so in practice), public opinion around the world is yet to fully recognise that not only is social media a threat to society, but also that the threat is existential in nature.
To be sure, the rosetinted view of the internet and social media that we entertained in the mid-2000s has given way to greater scepticism as the downsides of global interpersonal connectivity have come to fore. Technopessimism has grown as societies deal with diverse problems ranging from cyberbullying to surveillance capitalism, from internet-enabled terrorism to foreign interference in electoral politics. If the threat from social media and transnational technology platforms over which they run were limited to problems such as these, it would have been relatively easier for the world’s governments and societies to manage. The problem, unfortunately, is of a vastly different nature.

For now, let us set aside the economic challenges, such as taxing digital transactions in a multi-crossborder setting and controversial business models employed by global tech platforms. Let us focus on the sociopolitical ones as they are more important.

We confront these challenges at three levels. First, while popular attention is mostly focused on controversies around free speech and privacy, these are actually superficial in nature. More serious is the underlying second level, involving political power that technology platforms have come to wield through their ability to shape international and national narratives, to micro-target and influence human behaviour. But most serious of all is the third, deepest level concerning the effect of social media on how we process information, how we think and how we make judgements.

Today, we are intensely caught up at the first level, amid passionate debates concerning online free speech. The debate here is about who should govern what is expressed on the platform; private corporations, national governments or civil societies. In the US, this debate centres around whether social media companies are publications that exercise editorial choice or platforms that do not. The companies have long enjoyed the protections of the latter and escaped legal responsibility for the content that is expressed on their networks. After all, unlike newspapers or television companies, they do not have editors deciding what gets published or broadcast. Yet, their claims to being mere platforms are questionable because even if they do not have human editors making decisions, they do employ computer algorithms that determine what users see. What you see on a Google search, Facebook feed or Twitter stream is neither random nor reverse-chronological. It is algorithmic. So if lawmakers in the US want to review the statute that treats them as platforms, they have a case. Meanwhile, Europe has long had rules prohibiting hate speech, which it seeks to impose more strongly on big tech companies that conveniently happen to be mostly American. In India, governments have long taken an elastic view of the constitutional restrictions on free speech, succumbing either to competitive intolerance or political partisanship. Indeed, one of the grounds for demanding that content be taken down under the Information Technology Act, 2000 is the bewildering offence of ‘blasphemy’ which is absurd in a secular state and ought to be unconstitutional. Yet, it remains on the books. In other words, whether it is in the US, Europe or India, governments are attempting to seize greater control over gatekeeping content from technology platforms. This is a battle that governments will eventually win. They will also win the battle over privacy norms.


Nationalists, conservatives and traditionalists must be concerned too, for the whirlwind of unreason will not spare any political or social order. Liberal democratic order is merely the first victim. Social media undermines order itself and will not distinguish one form from the other

The world’s more deliberative political systems are paying greater attention to the second level issue: how to deal with the political power that tech platforms have come to acquire. Even if their ability to make or break political careers is overestimated, their extraordinary ability to shape the public narrative is no longer in doubt. The world’s nation-states, shaped as they were by the Industrial Age, lack effective mechanisms to deal with this new power centre. The old formula of separating legislative, judiciary, executive, monetary and religious authorities, and ensuring that the media is free and there is competition in the economy, does not work satisfactorily in the Information Age. Lacking suitable instruments, the world’s lawmakers are using what they have—anti-trust laws—to literally cut big technology firms down to size. A far more effective way would be to curb the narrative dominance of tech companies by compelling them to open up their platforms to competing algorithm providers. Even so, the broader task of accommodating information power centres and rebalancing power among social institutions is a task that all countries face.

IT IS AT the third and deepest level that we confront the most serious threat from social media, because it hijacks our ability to think. Addictive and relentless, social media interferes with our ability to use the reflective, rational part of the mind—what psychologist Daniel Kahneman calls the ‘slow brain’—and instead makes us leap from one instinctive reaction to the other. Instead of making our own judgements, we rely on social proof, ‘what others say’, even if it contradicts our own lived experience. We do not reflect. Indeed, we cannot reflect because the feed has refreshed and we must respond quickly. There is no time to reason. Yet, liberal democracy and free markets are based on the human capacity for reason. Take that away and the edifice of society stands on much weaker legs. It is not a coincidence that liberal democracies around the world have seen a weakening of liberal norms, the rise of demagogues and ceaseless moral panics over the past decade. The Right is currently not too concerned about this—and often celebrates it—as it is reaping the political benefits of the phenomenon. This is myopic. Nationalists, conservatives and traditionalists must be concerned too, for the whirlwind of unreason will not spare any political or social order. Liberal democratic order is merely the first victim. Social media undermines order itself and will not distinguish one form from the other. It is rapidly eating away at the cognitive machinery of humankind, at our capacity to think and use our better judgement. This is a path that leads to anarchy, authoritarianism or both. So even authoritarians cannot rest easy.

We have no idea how to stop this slide. The world is getting more connected, data is getting cheaper, video is replacing text and literacy is no longer a hurdle. But we do not know how to get off the smartphone, nor, indeed, how to get our kids off it.

The world’s governments will find that it is easier to sort out who gets to control free speech on the internet, and even to accommodate tech platforms into democratic power structures, than it is to unlock the stranglehold social media has over the human mind. As individuals, we can start acting now. 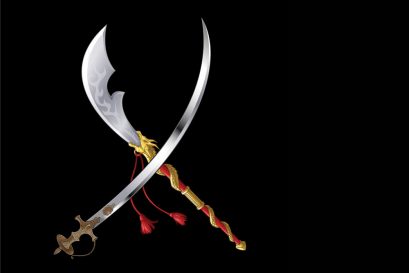 The PLA looks impressive in ceremonial parades, but unlike the Indian Army it has no battlefield experience 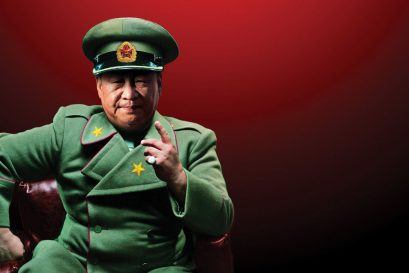 If Xi Jinping stays on his present path, open conflict with the West, and with India and Japan, will become inevitable