The Banality of Offence

Illiberal instincts in the public square 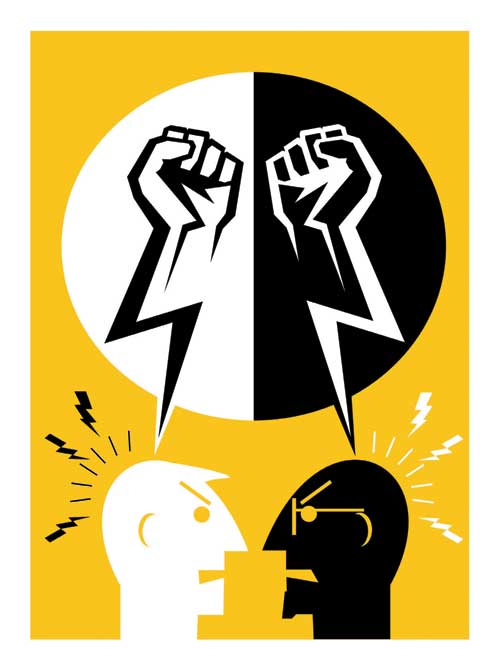 ONE OF OUR greatest failures, seven decades after Independence, is the production of a public sphere that is violently illiberal, inimical to reason, disdainful of dialogue, and dominated by the trading of aggressive slogans, inflammatory labelling, unsubstantiated condemnations, hearsay and abuse. We shouldn’t be surprised that a public sphere of this kind, which at one end takes its cue from the heckling, blood-sport mentality of television anchors and the hectoring attitudes of party spokespersons, should descend, at the other end, into the mayhem of the lynch mob. Whatever became of the classical idea of a liberal public discourse that guarantees the right to dissent? Or, is that too ‘anti-national’ a question? India’s public sphere today is a testament to the constriction and loss of freedom.

Imagine that the 18th-century Urdu poet Mir Muhammad Taqi ‘Mir’ (1723- 1810) were alive today, and continuing to compose his sophisticated, kaleidoscopic, often irreverent poetry. Remember that, of Mir, even the great Ghalib—who recognised no equals, leave alone superiors— wrote: ‘Mir ke sher ka ahvaal kahun kya Ghalib/ Jis ka divaan kam az gulshan-e Kashmir nahin’ (‘Ghalib, what can I say about Mir’s poetry?/ His collected works rival a garden in Kashmir’). In his ghazals, collected into six vast volumes, Mir demonstrates that he is no respecter of conventional pieties. As he wanders through the forests of love and feels the full moon of passion bathing his body in its fire, he can laugh at religious teachers who turn away from the senses and the shared sociality of life, poke fun at Hazrat Khidr, the Green One, guardian of the waters of life and guide to lost travellers, and even disclaim his religious identity.

Taking a nonchalant liberty with the grave, mysterious Khizr, he writes: ‘Mila jo ishq ke jangal mein Khizr maine kaha/ ki khauf-e sher hai makhdoom yahaan kidhar aayaa’ (‘Meeting Khizr, the Green One, the Guide, in love’s forest, I said/ Lord, this place is swarming with tigers, have you lost your way?’) And in another poem, he goes so far as to say: ‘Mir ke deen-o-mazhab ko ab puchhte kya ho unne toh/ qashqa kheencha dair mein baitha kab ka tark Islam kiya’ (‘Don’t ask Mir about his religion, he’s drawn himself/ a tilak, gone to the temple, given up on Islam long ago’).

How would this stand up in a TV studio today? “Mr Mir, Mr Mir, Mr Mir, Mr Mir, I am sorry, we have just 30 seconds before the break and I want a straight answer from you. Are you or are you not religious? Are you a Muslim or a Hindu? Or a heretic? The people of this great nation want to know, and they deserve an answer.”

Ghalib (1797-1869), who was a teenager when Mir passed from this world, also cultivated an adversarial relationship to authority. His poems, collected into the Divan-e Ghalib, are replete with send-ups of social convention and religious belief. The preacher, the jurist and the scriptural scholar are at the receiving end of his mischievous wit. He does not hesitate to question the supremacy of piety, or to subvert symbols associated with holiness. We think, particularly, of his disputatious addresses to God, and of the play he makes with pre-Islamic prophets such as Moses, Solomon and Jesus, figures who have been folded into the Islamic tradition. Ghalib was treated as the resident eccentric and contrarian at the late-Mughal court. An aristocrat, although a penurious one, and a highly regarded if also controversial poet, he was eventually appointed as ustad or tutor to Bahadur Shah Zafar, the last Mughal Emperor, himself a poet. Ghalib, of course, was not an enthusiast of the Emperor’s verse, and approached his responsibilities as an ustad in a somewhat breezy spirit.

Here goes Ghalib, taking a swing at Moses/ Musa: ‘Girni thhi hum pe barq-e tajalli na Tur par/ dete hain baada zarf-e qadah-e khvaar dekh kar’ (‘The lightning of revelation should have struck me, not Moses on Sinai/ make sure the drinker can hold it, before you pour him a drink.’ Solomon/ Suleiman and Jesus/ Isa get short shrift too, in another ghazal: ‘Ik khel hai aurang-e Suleiman mere nazdeek/ ik baat hai ejaaz-e maseeha mere aage’ (‘Solomon’s winged throne is just a fairground trick/ the miracles of Jesus are just hot air to me’).

It’s just as well that Ghalib is protected by the aura of literary genius and accepted without question as a legendary contributor to India’s culture. Had he published such transgressive verse today, it would undoubtedly have provoked the usual agitated responses that greet contemporary writers who challenge the grain of social and political conformity in India: the claims that religious sentiments have been offended and communal harmony disturbed, the appeal to laws pertaining to slander, the inevitable censorship, whether by the lobby or mob, the state apparatus, or some tactical continuum between these entities. All of which seems positively comforting by contrast with the situation among our neighbours in South Asia. Any number of Mir’s and Ghalib’s pronouncements would have been castigated as blasphemous or heretical today. In Pakistan, they might have risked punishments ranging from public flogging to execution. In Bangladesh, ultra-reactionary Salafist groups would probably have assassinated them.

Paradoxical as it might seem, the Mughal Empire in its final centuries offered considerably greater latitude to artists than the Republic of India—and South Asia at large— does today

Paradoxical as it might seem, the Mughal Empire in its final centuries offered considerably greater latitude to poets, thinkers, musicians and artists than the Republic of India—and South Asia at large—does today. Poets like Mir and Ghalib, even when they were beneficiaries of state patronage, adopted what we would recognise as an avant-garde position for the artist—as an explorer of the mind’s passions and irresolutions, who is ahead of the general consensus and opposed to it, who can negotiate playfully with authority, who resists the twin tyrannies of orthodoxy and common sense. That position is far, far more difficult to assert for writers and artists in the India of 2018.

Mughal society, whose cultural transmission lines wove in complex ways across oral, scribal and print contexts, was—from this evidence—capable of extending greater hospitality to difference than our own society, which is immersed in ceaseless print and digital communication, and given over to the cult of individuality. People who lived, performed, experienced and experimented with their distinctive cultural identities as subjects of a multi-ethnic, multi-religious, multi-lingual and trans-regional imperium were, evidently, open to the subtleties, ambiguities and paradoxes of the inbetween condition, because that was their natural environment.

By contrast, we as citizens of a republic who are assured—at least in theory—of an equality that overrides social, cultural and other identities, can be indifferent or even hostile to such penumbras of meaning and nuances of significance. Seduced by the promises of a politics of competitive populism, willing to allow powerful forces to play on our real and imagined resentments, we constitute ourselves in our flimsy, defensive religious or regional or linguistic identities, vindicate ourselves by our right to take offence, and box ourselves into the binaristic logic of either-or.

This binaristic logic has unfolded with relentless vigour since the early 1990s. Over the last quarter of a century, we have borne alarmed witness to the manner in which groups, varying in scale from minuscule cells to mass mobilisations, can claim the right to take offence—and to demonstrate that sense of offence in the most virulent manner possible. To provide only a few representative examples of this tendency, let us revisit various moments that set us on this particular path. There was the campaign of vilification launched against MF Husain in 1996 for his alleged depictions of a ‘nude Saraswati’ (the supposed evidence was a set of drawings he had made, decades before, at the behest of the stalwart leader and thinker Ram Manohar Lohia, and which had been widely published in the Hindi print media at the time). There was the disruption by Shiv Sena activists, in 1998, of a concert by the Pakistani vocalist Ghulam Ali in Bombay. Also, the campaign to stop Deepa Mehta from working on her film, Water, in Varanasi, by auxiliaries of the Rashtriya Swayamsevak Sangh in 2000. And the vandalising of The Bhandarkar Oriental Research Institute, Pune, by members of the Sambhaji Brigade in 2004.

At the more proximate end of this trajectory are the assassinations of critical thinkers Narendra Dabholkar, MM Kalburgi and Gauri Lankesh, as well as the protests over Sanjay Leela Bhansali’s film, Padmaavat, and threats to the creative freedom and even the well-being of many writers, including Perumal Murugan, MM Basheer, S Hareesh.

This sequence of events forms part of the same curve that included, at a tragic macro- level, other distortions during the late 1990s and early 2000s. I think here of the systematic violence against the Christian, Tribal and Muslim minority populations in Gujarat, the subversion of the state apparatus to the ends of reactionary political formations, and the cultivation of an annihilationist attitude towards difference, dissent, or even the mere happenstance of Otherness. An integral part of this brutal narrative, therefore, is the escalating violence against women, Dalits and Muslims in recent years—and its attempted ‘normalisation’ by social and political actors who can no longer be dismissed as ‘fringe elements’, since the mass media endows them with a multiplier effect far beyond their local or communitarian standing. The infringement of cultural freedoms in India during the last quarter of a century is umbilically connected to other theatres of social, political and cultural activity, where the systematic promotion of unfreedom is in the ascendant.

Each of these situations, whether cultural or more overtly political, is an occasion for the performance, the assertion and vindication, of a group identity. While these group identities are presented as primordial— reaching back, ahistorically, to the dawn of time—they do not, in fact, predate colonial or national modernity. These are what I would think of as transactive identities, produced by political formations eager to mobilise groups en bloc for electoral gains.

Each such identity is built on an appeal to a sense of historical wrong—real or imagined, often inflated and generalised beyond a local setting—which, its champions argue, must be bloodily avenged. Each such identity is sustained by one or several of a cornucopia of syndromes, including geographical dislocation and social anomie, runaway economic aspiration and binding material constraints, and a theatrical hyper-masculinity called into question by liberal values and legal reform. Once in play, these identities address and inspire those who have been left homeless in the grand vistas of capital, adrift on the sea of modernity. And so, this combustible combination of cultural materials and psychic discontents is unleashed in the public sphere as a destructive imagination, which presents itself as the only viable wager on the future. Any questioning of its foundational syndromes, any resistance to its game plan, is decried as treason, and therefore a fair target for annihilation.

This is the hell of unfreedom into which, in a betrayal of Tagore’s prayer for a ‘heaven of freedom’ for a postcolonial country that would be born six years after his death, we have steered ourselves. 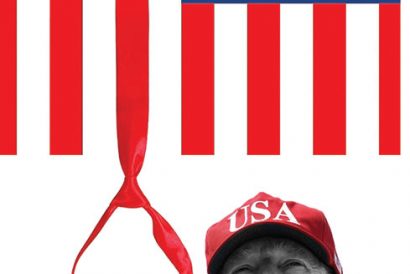 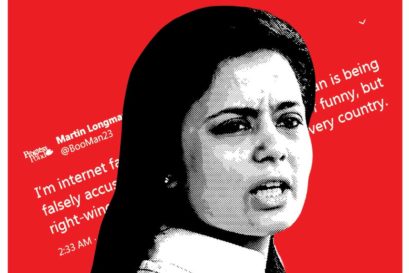 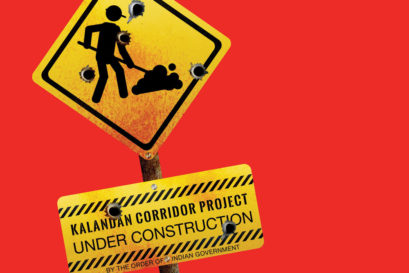