The benefits of river rejuvenation extend to water and food security, tourism and recreation 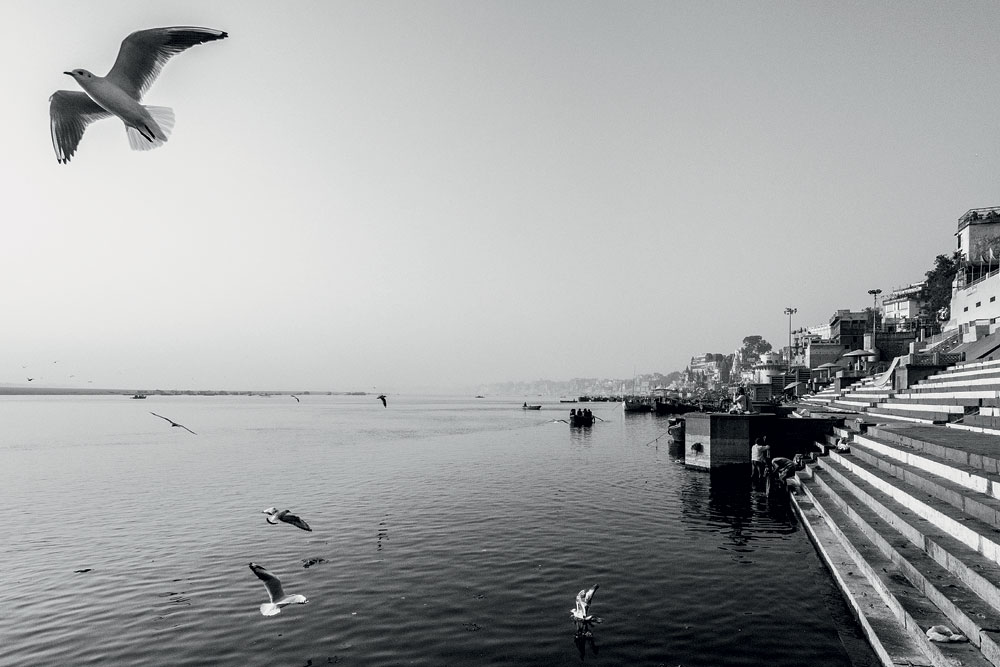 
Rivers are a rather complex and dynamic ecosystem of surface and subsurface flows, flora, fauna and abiotic components which perform various functions like recharge of groundwater in the floodplains, fertile sediment transport and the provision of various ecological services. They are the mediators between aquatic and terrestrial ecosystems and are characterised by flowing water. Throughout history, rivers have been the anchors of civilisations. Some of the earliest civilisations were formed in river valleys, and thus rivers have been venerated in many traditions. Particularly in India, rivers are revered as goddesses. However, this veneration did not spare them pollution and exploitation, making them one of the most threatened ecosystems.

Water management policies and strategies were created in an era of economic control of rivers. Thus, the current approaches may be inadequate in the face of increased urbanisation and climate change impacts. The emerging paradigm is that the ecological health of the river is significant for its sustenance. Therefore, revitalisation initiatives have been taken up all over the world through the last few decades.

River rejuvenation may be defined as the restoration of the health of river systems to an earlier state characterised by achieving optimal quality and quantity of freshwater flow through the river during varied seasons. Rejuvenation is a complex process and requires a thorough understanding of the historical trajectory of the river along with the hydrological and geological components. With time, these interventions have evolved from a unidimensional approach to improve quality, modify the river regime, etcetera, to a more sophisticated approach blending process-based active interventions with passive interventions, such as policy and regulatory reforms.

Anthropogenic activities like over-withdrawal of freshwater from the river basins, the encroachment of the floodplains, disposal of untreated sewage and other non-point sources of pollutants, including agricultural runoff and solid waste, construction of large dams, etcetera, have led to a significant decline in the health of rivers globally. Reduction in water-holding capacities of the river channels and replenishment rates of aquifers can be attributed to the degradation of forests and wetlands.
Apart from these anthropogenic activities,

climate change too is impacting riverine systems. The annual average water availability and river discharge is projected to increase by 10-40 per cent at high altitudes and in some parts of the wet tropical areas, while on the other hand, it is expected to decrease by 10-30 per cent in some dry regions by 2050, according to the Intergovernmental Panel for Climate Change (IPCC). In the cities, rapid urbanisation and intense land-use change with built environment encroaching the floodplain tend to alter the urban water cycle and the river systems’ responses and, in turn, lead to the degradation of rivers.

The Indian subcontinent is home to 20 river basins with more than 400 rivers. It has been estimated that the basin-wise average annual flow in Indian river systems is 1,953 billion cubic metres (BCM), of which the utilisable annual surface water is 690 BCM. Eighty per cent of India’s population is dependent on 14 major rivers for food and livelihood. Water levels in India’s major river basins have fallen to 21 per cent of their average for the last 10 years as most of them are over-exploited.

According to the Central Pollution Control Board (CPCB), 302 of 351 river stretches monitored were found polluted and the water of many is considered unfit for consumption.

In India, the river rejuvenation activities started with the Ganga Action Plan (GAP) in 1985, which was launched with the objective of pollution control. It has now become the Namami Gange Programme for the Ganga and its tributaries, which focuses not only on restoring the water quality but also places an emphasis on environmental flows crucial to sustaining the river ecosystem—its biodiversity and aquatic life. Over 80 per cent of the pollution load in these rivers comes from untreated domestic and industrial wastewater from towns and cities along the river and its tributaries. Apart from interception, diversion and treatment of sewage, the programme also gives impetus to sustainable agriculture and irrigation-use efficiency along the rivers, afforestation to improve water-holding capacity in the catchment area, decrease soil erosion and, thereby, siltation, demand-side management initiatives, biodiversity conservation, wetland conservation, floodplain protection, etcetera. Efforts have been made to increase stewardship of the river and engage communities in river-related projects. Projects worth more than Rs 25,000 crore have been sanctioned under the National Mission for Clean Ganga.

The GAP also stirred the National River Conservation Plan that now extends to 38 rivers, and in a recent development, under the direction of the National Green Tribunal, all states must establish River Rejuvenation Committees with an objective of framing a detailed action plan and strategy for rejuvenation of all the rivers in the country, especially the peninsular rivers that are drying up. The Government has thus shaped an enabling environment for river rejuvenation projects in terms of funding and institutional arrangements.

Numerous hurdles deter the river rejuvenation processes, primarily the huge deficit in wastewater treatment capacity and diminishing flows due to increasing demand and climate change impact. Urban river restoration faces even more bottlenecks due to the large land-use changes in the catchment, and cannot be undertaken in isolation without giving due consideration to watershed management activities. Thus, the strategy for river rejuvenation ought to be devised around the basin level and cannot be constrained by civic boundaries. Urban planning and development must, therefore, consider river management as an integral part.
River rejuvenation initiatives must be driven by a participatory approach with the involvement of all relevant stakeholders, understanding their priorities and demands along with comprehension of the historical trajectory of the river. A clean-up programme for rivers also requires a rigorous application of the ‘polluter pays’ principle. Sustainable urban drainage is another key principle and enables reduction of runoff pollution by passive treatment, lowering of the peak discharge, thereby controlling urban floods, and the facilitation of groundwater recharge in the floodplains to help maintain environmental flows in the lean season. Rejuvenation of lakes and wetlands along the river basin, bank stabilisation, protection of floodplains from encroachment, creation of check dams, making use of public parks for detention, retention and recharge structures, protecting and promoting healthy riparian vegetation and removal of invasive species, etcetera, are the measures that can be undertaken for rejuvenation. Emphasis must be put on maintaining environmental flow in the river.

Several studies have found that no ecological improvement occurred from structural interventions, such as channel confining, dredging, etcetera, and in some cases, there was evidence of unfavourable outcomes for the river environment. Therefore, the approach to river rejuvenation should focus on scientific and process-based approaches like catchment restoration, land-use management, wetland management, etcetera, rather than structural approaches, even though it may take years or even decades to result in measurable outcomes and deliver tangible benefits. Afforestation along the river and in the catchment is vital to restrict erosion and stabilise river banks. It also helps to trap sediment and organic matter and prevent those from entering the river channel, affecting both habitat and water quality. This may also influence water temperature as a result of shading.

Even after implementing expensive salvage operations, tangible impact in river health has not been observed. But it is also justified that without these efforts, the state of the rivers could have been worse. Accountability and transparency are key in this regard and monitoring against defined and measurable objectives is critical for assessing the effectiveness of river rejuvenation measures. The efficacy of the outcomes may be evaluated in terms of restored environmental flows or dampened floods, improved water quality, diversity or improvement in the local biota. The use of digital monitoring tools and decision support systems based on credible databases holds the answer.

Sustainability necessitates that future activities within the catchment do not undermine the gains from interventions for rejuvenation. This requires that appropriate regulatory and monitoring systems are in place. We must also project the impact of climate change on the river environment to plan for future risks. It is also imperative that the limitations of the rejuvenation process based on a particular context be recognised so that impractical and unsustainable interventions may be avoided.

We are aware of the epiphany that the Covid-19 lockdown brought upon us—about nature’s power to restore itself. Rivers, in particular, with only a few days of restrictions on human activity, were showcasing such enhanced health with their evidently high self-cleaning capacity that it is imperative we recognise the causes of damage to the river ecology and make efforts to mitigate these. An effective and integrated approach to rejuvenation implies a blend of conservation and restoration measures characterised by broader social values and drivers.