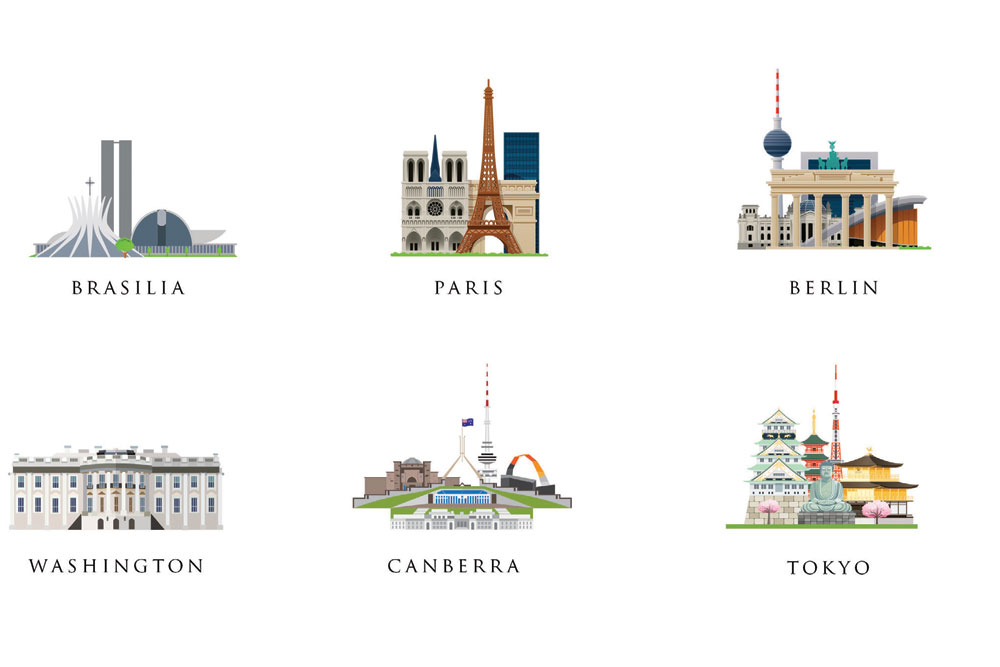 THE HEART OF New Delhi is set for a makeover. Renovating or remaking a national capital is a reinvention, both symbolic and literal. The redesign of the Central Vista will be India’s biggest attempt at reinventing its administrative centre since the transfer of British India’s capital from Calcutta in 1911. Countries rarely leave their capital cities alone for long. Newly independent states have sometimes opted for a new, purpose-built capital. Economic and strategic reasons, too, have compelled states to build new capitals. A solution to unwieldiness and population growth has also been found in moving the administrative core out. In the near future, we may witness the shift of an Asian capital because of the combined pressures of nature, geology and demographics. The renaming of a capital, however, is usually only a political choice. We look at some examples of capital transfers and reinventions of administrative space. 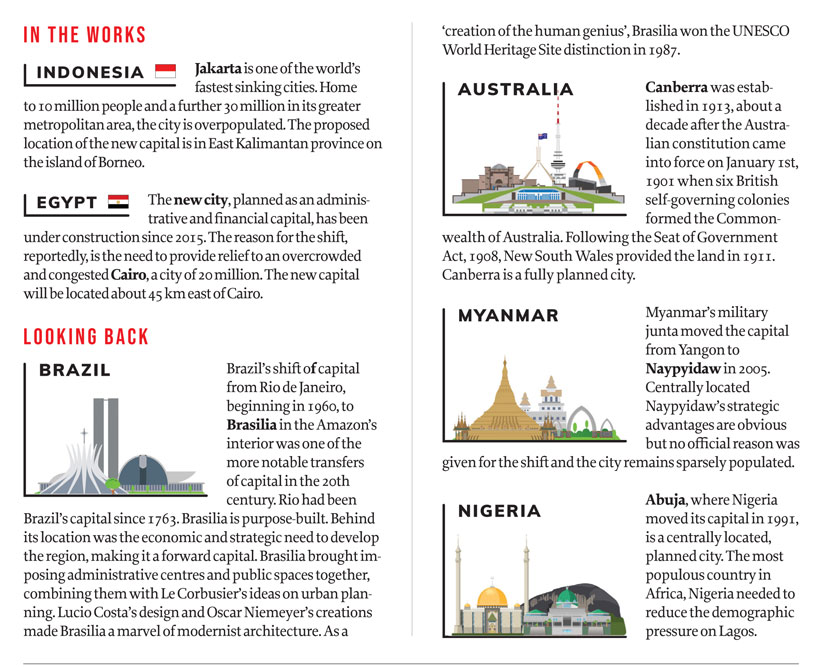 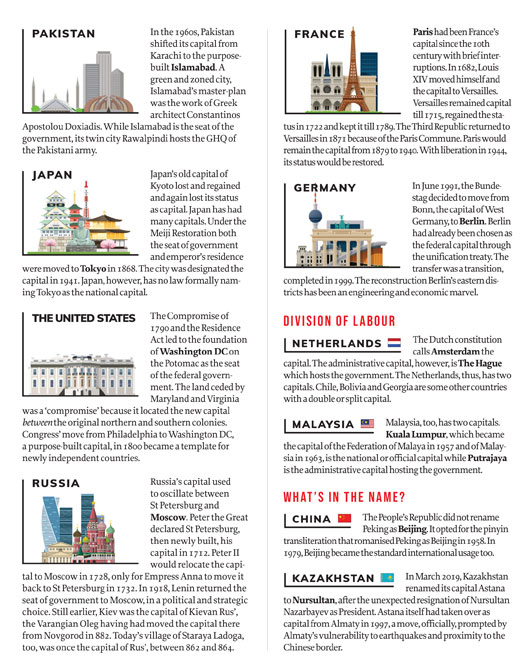