The ambush on April 3rd apart, Maoists seem to be on the run as India intensifies its counter-insurgency operations 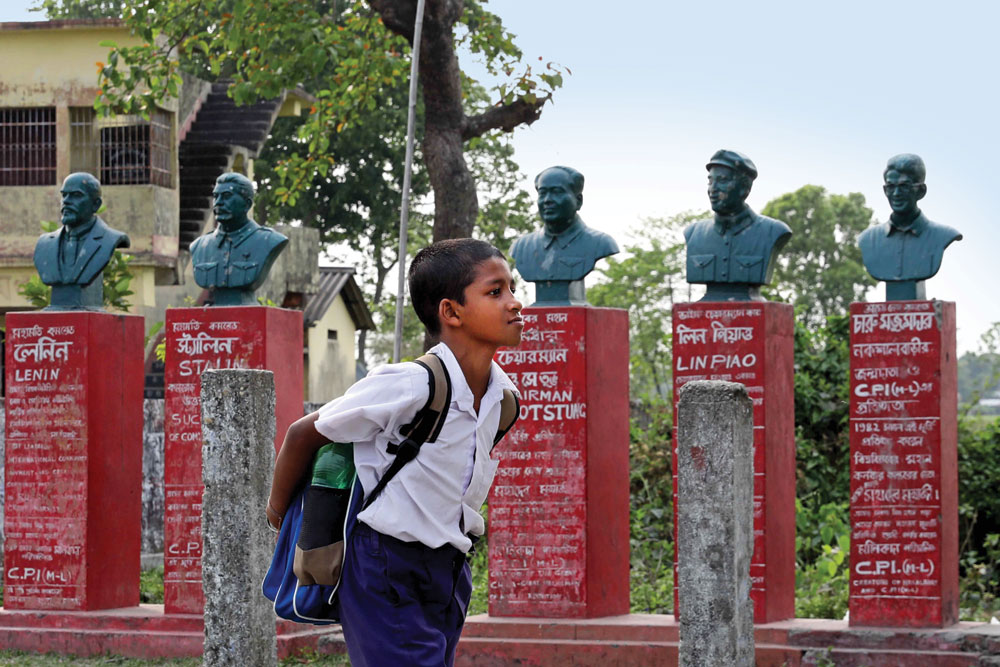 Busts of Vladimir Lenin, Joseph Stalin, Mao Zedong, Lin Biao and Charu Majumdar outside a school in Naxalbari, the village where the Naxalite movement was born in 1967 (Photo: The Indian Express)


THE MAOIST AMBUSH ON THE BIJAPUR-Sukma border in Chhattisgarh on April 3rd cost the lives of 22 security forces personnel and left more than 30 of them seriously wounded. It is a setback for the state and a tragedy beyond the immediate families of the martyred personnel. But it is not the indictment of counterinsurgency operations it is being made out to be. At the same time, pseudo-nationalist rhetoric, too, tends to ignore the lessons of history—both recent and distant—in what exactly the prolonged conflict has entailed.

In mid-2009, when P Chidambaram—who had taken over as the Union home minister on November 29th, 2008, the day the 26/11 Mumbai attacks ended—was sounding out the Centre’s new ‘two-pronged’ strategy to counter the Maoist insurgency, Ajit Jogi, former Chhattisgarh chief minister, was calling for a ‘multi-pronged’ strategy and positioning himself as an early in-house disser.

“I am not in favour of [the] Home Minister’s line on war against Naxalites…Even if we wipe out all Naxalites in a military action, they will rise in one form or the other as long as exploitation and disparities in development of backward areas continue to exist,” Jogi had reportedly argued at a seminar. While then Prime Minister Manmohan Singh had labelled the Maoist insurgency as India’s “single-biggest internal security challenge” in 2006—and his first home minister had repeatedly failed him—Jogi’s words had framed a narrative that harked back to the fount of Naxalism that was about to be recalibrated for a new project of intellectual defence of Naxalite violence.

The fact of deprivation was always undeniable. But Maoists had an existential dependence on the same deprivation. By the time the Centre came up with the two-pronged strategy of ramped-up counterinsurgency operations and development initiatives, it had already been anticipated and efforts to derail it were gaining steam. Nevertheless, the strategy worked as long as it was allowed to. The years 2010 and 2013 were particularly dark: the first saw the Dantewada attack in April in which 76 CRPF personnel were killed. In May 2013, several top Congress leaders lost their lives in a Maoist attack in Sukma. Yet, the numbers had already begun telling the story. According to home ministry data, 294, 312 and 391 insurgents, security personnel and civilians were killed respectively in Maoist-related violence in 2009. In 2010, these figures were 277, 277 and 626. In 2011: 199, 128 and 275. In 2012: 117, 104, 146, with the first significant drop in civilian casualties. 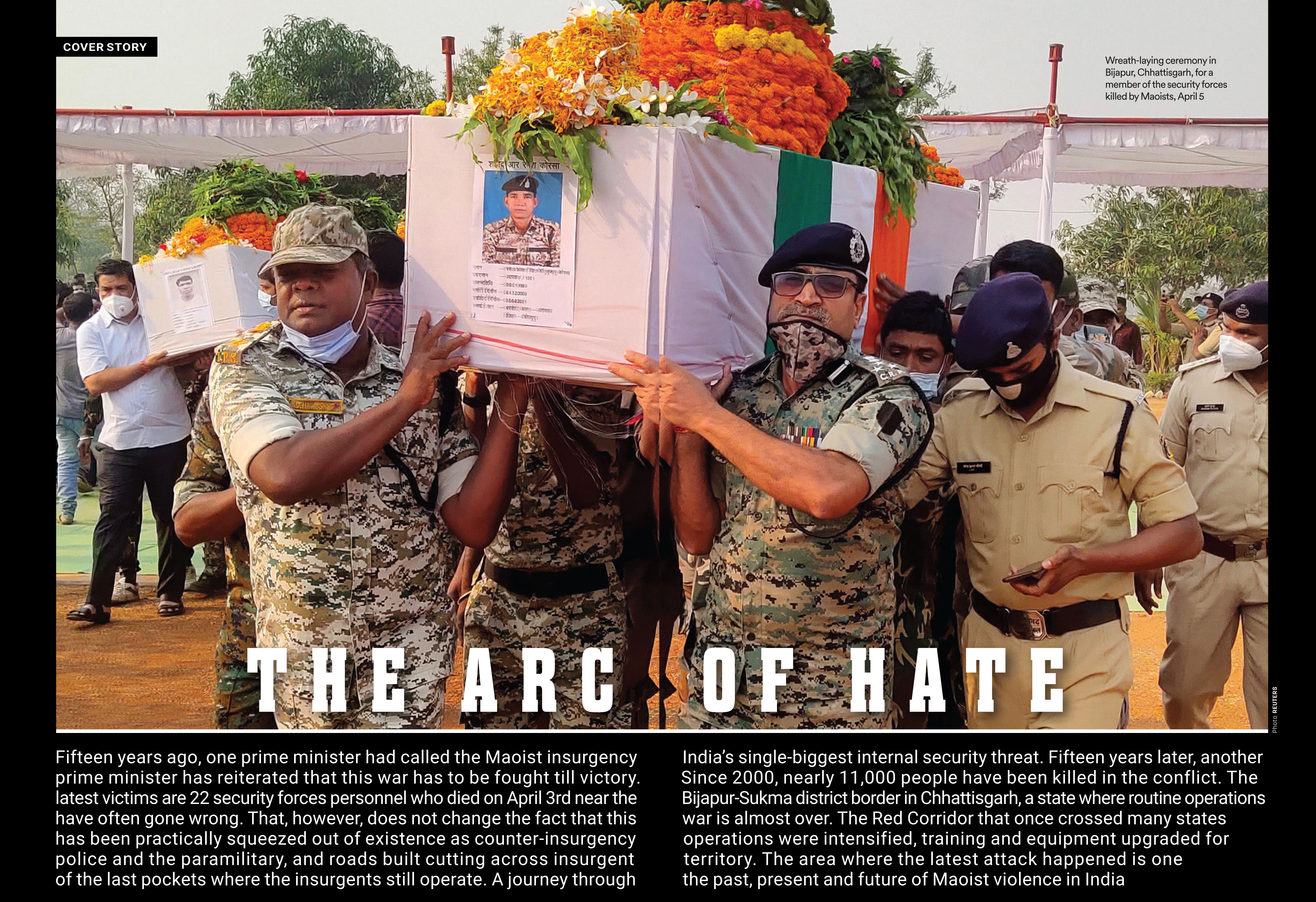 This was also when the Binayak Sen case was fanning the flames on both sides of the divide. While the Centre could not have been surprised by the motley bands of activists camping out in Chhattisgarh, one fact on the ground was not missed: Maoists did not like any attempt at outreach to locals and began attacking already existing or newly built infrastructure. For, the Indian state, in realising the existential threat it faced from the insurgency had also realised that what fostered Maoism on remote terrain was the absence of the state. Chief ministers in states crossed by the Red Corridor were already on board—notably, Buddhadeb Bhattacharjee, after the Lalgarh standoff of 2009, had shaken off the Communist Party of India-Marxist’s (CPM) reluctance to seriously take on Naxals, but it was too late for him; and then, despite allegations of a tacit understanding with Maoists before the 2011 Assembly polls, Mamata Banerjee’s government wasted little time in pursuing and killing Kishenji, aka Koteswara Rao, within months of coming to power. For the worst-affected states like Chhattisgarh, Jharkhand and Odisha, there was already a model of anti-Maoist success in Andhra Pradesh. 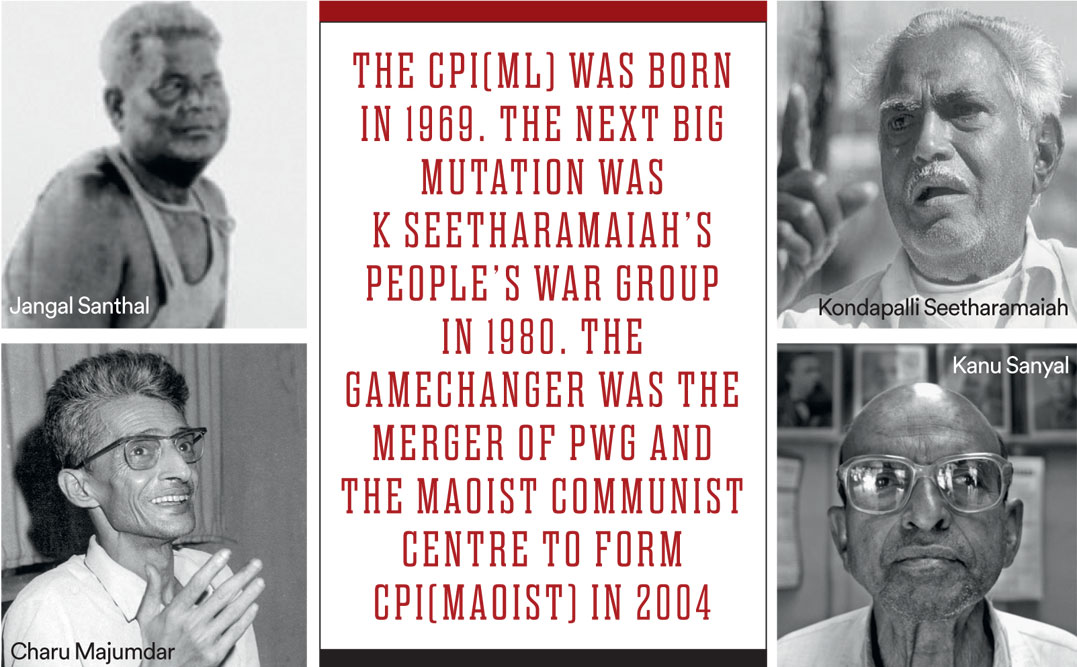 When the Narendra Modi-led National Democratic Alliance (NDA) took office, this two-pronged strategy, which had begun weakening in the last months of the United Progressive Alliance (UPA), was not abandoned but fine-tuned and scaled up. After a relatively calm 2014 and 2015, despite continued Maoist targeting of civilians, 244 Maoists were killed in 2016 while 66 security personnel lost their lives. Again, after a dip in violence in 2017 (45, 34, 59), 231 insurgents were killed in 2018 with a corresponding figure of 73 and 109 casualties among security forces and civilians (according to home ministry data). For 2019 and 2020, according to data in the public domain, the figures were 154, 49, 99 and 134, 44, 61 respectively.

The patterns established by the numbers since 2016 underscore two trends: one, significantly larger numbers of Maoists were being killed for corresponding losses in security personnel; two, Naxalite violence, on the whole, was apparently in an unsalvageable decline. The second trend cannot be seen as fact unless we take into account the environment in which Maoism had thrived in India. Over the last decade, most top Maoist leaders have been killed, seriously hindering leadership. Even as infighting and depleted resources pushed the insurgents into a permanent ‘deep defence’, their immediate urban intellectual ecosystem have mostly ended up behind bars.

Yet, the discourse keeps oscillating between extremes: blaming the Centre, or a state government depending on who runs the affected state, every time security personnel lose their lives; and crying statist murder when Maoists or civilians die, even when the civilians are victims of Maoists.

THERE WAS A time in the 1960s and 1970s when school kids and college students in West Bengal, particularly Calcutta and its suburbs, had to check the paper every morning before setting out. This was the era of too-frequent school/college closures. By the 1970s, the University of Calcutta was postponing exams and one year’s annual exams would often be held in the next. Beginning sometime in the late 1960s, what came to confound the public was wall ‘art’ proclaiming ‘Chiner Chairman Amader Chairman (China’s Chairman is Our Chairman)’. Although colloquially the slogan would soon morph into ‘Chiner Chair Amader Chair’ and become a joke of sorts, there was nothing funny about it.

The first instance of what can technically be called leftwing extremism (LWE) was the Telangana peasant rebellion of the mid-1940s-early 1950s. In May 1967, Kanu Sanyal, Charu Majumdar and Jangal Santhal led landless labourers and farmers in raiding a local landlord’s granary in the village of Naxalbari in north Bengal’s Siliguri subdivision. The raid was crushed but Naxalism was born. Editorials in China celebrated the ‘Spring Thunder’. The same year—three years after the Communist Party of India (CPI) had split in two—the nascent CPM fractured and Majumdar’s All India Coordination Committee of Communist Revolutionaries was founded which, in 1969, gave birth to the Communist Party of India (Marxist-Leninist), or CPI (ML). The next big mutation in the Naxalite movement would not occur until 1980, when Kondapalli Seetharamaiah founded the CPI (ML) People’s War or People’s War Group (PWG) in Andhra Pradesh.

In the intervening years, Naxalism had become Bengal’s urban nightmare. (Charu Majumdar would die in police custody in 1972. Kanu Sanyal would step out of a Vishakhapatnam jail—with Jyoti Basu’s help—in 1977 and leave the violence behind. In 2010, he would commit suicide, but not before inserting himself in the Singur agitation in 2006.) Even as Bengal mourned its ‘lost generation’ of educated youth killed in street gun battles, extra-judicial executions by the police and intra-communist violence, romanticising Naxalism took two forms: first, the nostalgia of former Naxalites, quite a few of whom escaped the law with blood on their hands and sometimes even ended up as academics in the West; and second, cinema and literature. In popular recollection, the incident that supposedly triggered the rapid ebbing of whatever urban sympathy there might have been for the Naxals was the needless murder of Gopal Chandra Sen, a well-liked academic and then-vice chancellor of Jadavpur University, in 1970.

Despite public perceptions of the nature of reality, the discourse romanticising Naxalism would persist. The issue was complicated by the fact that there were not only top-notch writers openly sympathetic to the lost cause even decades later but also films that spoke to many more and whose essential socio-economic verisimilitude could not be denied. Take Mrinal Sen’s Calcutta Trilogy and particularly the middle one: Kolkata 71 (Calcutta 71) (1972). Or, for that matter, the 1980 Akaler Shandhaney. Sen’s seminal films were not Naxalite; they were the products of a leftist worldview whose social critique in part resounds to this day. But, in the long run, for a new crop of city-dwelling Naxal sympathisers, all would be fair in their war on the state. The re-calibrated pro-Maoist narrative was still some way in the future, of course, and in the end what the best of this older literature and cinema provided would be a borrowed intellectual hat that would never sit well on its appropriators.

Meanwhile, the Maoist field of action had moved back to its original heartland in Andhra and spread to the wildernesses of undivided Bihar (which had witnessed the retaliatory war between the Ranvir Sena and Naxalites through the 1990s in which Bhumihars and Dalits died in scores), undivided Madhya Pradesh, etcetera. The gamechanger for both the insurgents and the Indian state would be the merger of PWG and the Maoist Communist Centre to form the Communist Party of India-Maoist (CPI-Maoist) in September 2004. Significantly bolstered in manpower and arms, Maoists spread out across the Red Corridor and embarked on a protracted war with the Indian state. Policemen and civilians would be murdered, politicians abducted and assassinated, and infrastructure blown up. Three incidents captured the public imagination more than others (although security forces personnel and civilians kept dying every year): the assassination attempt on then Andhra Chief Minister N Chandrababu Naidu in 2003, the Dantewada ambush on CRPF in April 2010, and the Jnaneswari Express derailment in May 2010 in West Midnapore for which state police blamed Maoists and made arrests but no conclusive contours of a conspiracy were established.

WITH A TOTAL casualty figure of 1,180 among security forces, civilians and insurgents, 2010 was the worst year of Maoist violence. From 2000 till date, about 11,000 people have died on all sides but the two spikes of 2016 and 2018 (430 and 413 respectively) were both years of heavy tolls for Maoists. The Indian state had learnt two lessons: one, the paradox of the deprivation debate—while intellectual sympathisers of Maoists hid behind blaming deprivation, the insurgents benefited from it, in establishing their presence and gaining recruits; two, development and outreach were necessary but could not preclude intensified counterinsurgency operations. Perhaps Maoism could not be categorised as a ‘mere’ law and order problem, but it could not be shielded as an unsolvable political conflict with longstanding socio-economic roots either.

The UPA could not resolve this seeming contradiction because of the stranglehold left-liberal policy determiners had on it. The NDA discarded the UPA’s Integrated Action Plan which had a Rs 6,000 crore annual assistance package but came up with the Special Central Assistance scheme for Maoist-affected districts. Two developments that had the biggest impact by far were the construction of roads (greater connectivity helped locals and security patrols while dramatically shrinking Maoist terrain) and the provision of electricity to remote villages. These and other more direct welfare measures combined with counterinsurgency under the SAMADHAN action plan have brought the Maoist insurgency to its last legs, if not its last days.

Waging an armed insurrection against the state over a prolonged period has inherent difficulties. The state must be clear-eyed enough to seize upon this faultline. And nothing has repeatedly demonstrated this fact better than India’s history of dealing with militancy, whether in Punjab, Kashmir, the Northeast or the Red Corridor. 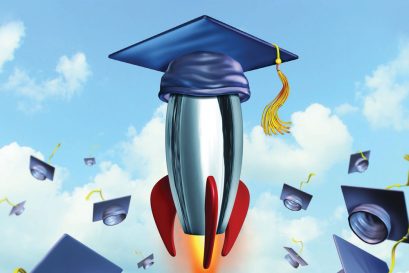