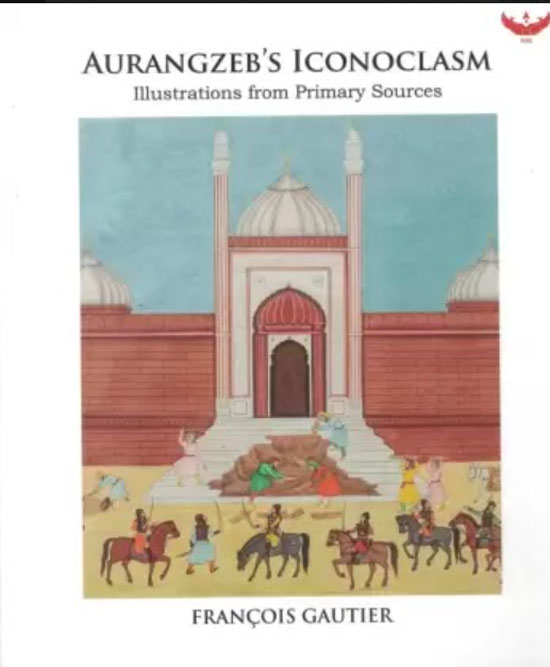 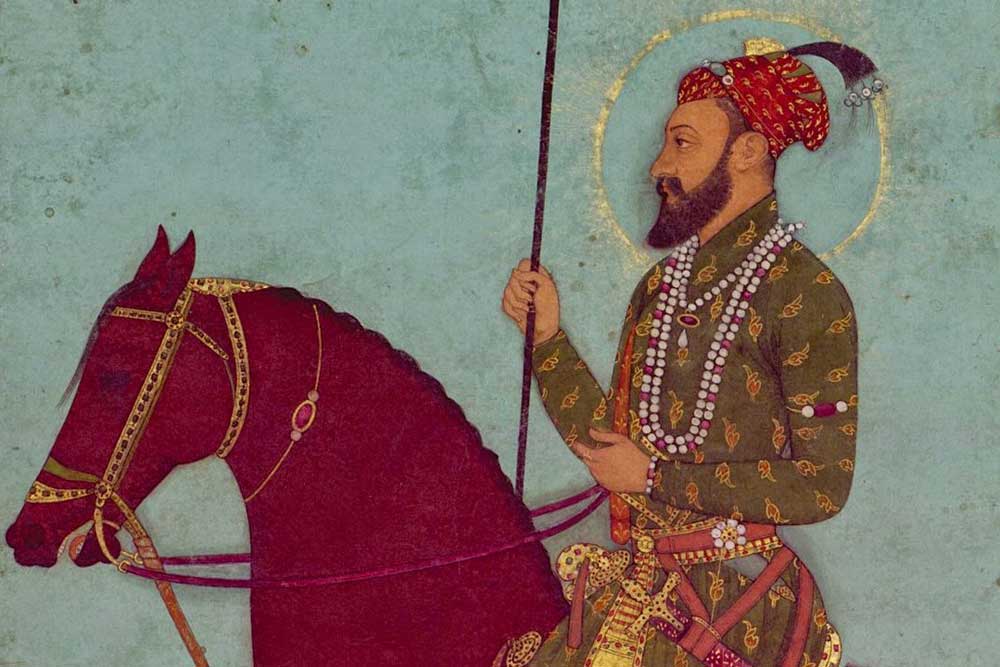 The discovery of the Shivling in the Gyanvapi mosque complex has again put the spotlight on emperor Aurangzeb. This is very welcome and necessary, as Aurangzeb’s reign and deeds have been for a long time a subject of controversy: those that love and respect him, like many of India’s older-generation historians, such as Romila Thapar or Irfan Habib; and Western ideologists, historians and writers: Michael Witzel of Harvard, Audrey Truschke at Rutgers, famous for her book Aurangzeb: The Life and Legacy of India’s Most Controversial King (2017), or Frenchman Christophe Jaffrelot, who also thinks that Aurangzeb is unfairly treated by ‘’Hindu nationalists”.

The truth is that we need not get into these controversies, as Muhi al-Din Muhammad Aurangzeb, born on November 3, 1618 in Dahod, was an extremely meticulous emperor, who recorded <each> of his orders (written in Farsi), often stamped them himself with the imperial seal, and was able to carefully monitor when and how these orders were followed up, thanks to a remarkable system of government officials (governors, deputy governors, envoys, etc), scribes, spies and bureaucrats. The other extraordinary fact is that these bulletins or Akhbarats are all still preserved in the Rajasthan state archives of Bikaner. These archives are accessible to all, upon a simple request to the Secretary Culture, Government of Rajasthan. It is a mystery why, neither Truschke nor Thapar cared to consult them. If they had, they would discover that Aurangzeb was an extremely cruel emperor, who desecrated not only the Kashi Vishwanath Temple but also the Somnath Temple, The Krishna Mathura shrine, the Keshava Rai Temple, the Jagannath Temple and tens of thousands of others, upon which he built mosques and buried the murthies under the steps of the temples, so that generations and generations of Muslims would trample upon them.

There are indeed in the Bikaner archives hundreds and hundreds of Akhbarats, or edicts of temples to be destroyed, as well as reports of when they were. We will quote only three of them:

“Yesterday, Yakka Taz Khan and mimar (architect or mason) Hira brought before the Emperor the tarah of the temples built on the banks of Rana’s lake and submitted that at a distance of about 5 kos, there was another lake also. It was ordered by the Emperor that Hasan Ali Khan, Ruhullah Khan, Yakka Taz Khan, Ibadullah Khan and Tahavvara Khan should go ahead and destroy the Temples.”

The Kalka temple, dedicated to Goddess Kali, is a very old shrine, then outside Delhi and today near Nehru Place and the Okhla railway station, dating back to emperor Ashoka. Records show that it was frequented by a large number of pilgrims, coming from as far as Maharashtra. Aurangzeb ordered its destruction on September 3, 1667: “The asylum of Shariat (Shariat Panah) has sent this arzi to the sublime court. He learnt that a large number of Hindus gather at Kalka temple, near Baharapule. Saiyid Faulah Khan was therefore ordered by the Emperor to send one hundred heldars to demolish the Kalka temple and other infidel structures in the neighbourhood.”

The report duly came back to the emperor nine days later:

“Saiyad Fauladd Khan has reported that in compliance to his orders that the Kalka temple was demolished and a brahmin who opposed its destruction was killed.”

Shortly after Aurangzeb’s death, the Kalka temple was rebuilt and still stands today. Funnily, <Wikipedia> does not mention its razing by Aurangzeb! Of course, we need to mention here the order pertaining to the destruction of the Kashi Vishwanath temple:

“It was reported that according to the Emperor’s command, his officers have demolished the Temple of Vishwanath at Kashi.”
—Massir-i-Alamgiri, August 1669

There is a long-lasting canard that “Brahmanical Hindus destroyed Buddhist shrines” (and hence Buddhism). Very few people also know that Aurangzeb ordered the destruction of Lumbini, Buddha’s birthplace. In 249 BCE, when Ashoka visited Lumbini, it was a flourishing village. Ashoka constructed four stupas and a stone pillar with a figure of a horse on top. In 1895, Alois Anton Führer, a famous German archaeologist, discovered the great Ashoka pillar while wandering about the foothills of the Churia range. Further exploration and excavation of the surrounding area revealed the existence of a brick temple and a sandstone sculpture within the temple itself which depicts the scenes of Buddha’s birth. But there was great damage, which Führer could not explain, except speculate that the place was once ransacked.

The orders of Aurangzeb were extremely diverse. For example, there was the execution of Sarmad, a Muslim saint who had the courage to declare that “while the mullahs say that the Prophet ascended to heaven, I say that the heavens came down to the Prophet”. He meant that the higher state of bliss is attainable in this very life. He was put to death for apostasy.

When Aurangzeb learnt that his brother Dara Shikoh, who should have become emperor being Shah Jahan’s eldest son, had donated a stone railing to the temple of Keshava Rai at Mathura (which Aurangzeb later destroyed), he immediately issued another Akhbarat: “In the religion of the Musulmans it is even improper to look at the temple and I have ordered for the railing to be immediately removed.” (October 13, 1666). Later, Aurangzeb had his brother Dara tried, beheaded and had his head brought to him on a platter while his headless corpse was placed on an elephant and paraded in the streets of Delhi (to the sorrow of the local population who loved Dara).

NOT ONLY DID AURANGZEB issue orders restricting the gatherings of Hindus and Sikhs, and riding any horse, elephant or palanquin, and imposed the humiliating Jizyah tax, but he was also extremely cruel to their leaders. Nobody has forgotten the martyrdom of Shri Guru Teg Bahadur who was beheaded on November 24, 1675, after his three main disciples were tortured to death before his eyes, a martyrdom which led to the formation of the Khalsa by his son Shri Guru Gobind Singh. But he also ordered frightful deaths for his enemies. For instance, for Shivaji Maharaj’s son, Raja Shambhaji, who was captured by chance on February 15, 1689, along with his right-hand general Kavi Kailash and brought to the imperial court dressed as a buffoon. Aurangzeb, in full durbar, told them that their lives would be spared if they converted to Islam—both refused and that very night their eyes were gouged and their tongues cut out. Then they were tortured for fifteen days and finally on March 11, 1689 their bodies were cut into pieces and fed to the dogs while their severed heads, stuffed with straw, were paraded all over today’s Maharashtra.

Often historians praise Aurangzeb’s reign as a period when the arts, including painting and music, flourished. But one particular Akhbarat tells otherwise. In 1665, Aurangzeb issued a number of orders to enforce the strict following of the Sharia, such as the dismissal of court astronomers, poets, the prohibition of Tazias, restriction on the assembly of pilgrims—and particularly, the prohibition of music at his court. One of his officials, Khalid Khan, wrote: “[D]istinguished and well known musicians in the service of the court are hereby forbidden to perform and orders have also been issued for the ban of dancing.” In protest, the musicians, who were all Hindus converted to Islam, staged a mock burial of their instruments. When the emperor learnt about it, he said: “Bury them so deep that no sound or echo may rise again…”

We, at the Chhatrapati Shivaji Maharaj Museum of Indian History in Pune, decided thus to portray Aurangzeb according to his own records: one Akhbarat alongside one painting, by our team of Jaipur miniature painters, curated by Professor VS Bhatnagar from the Indian Institute of Advanced Study in Shimla. In this way, we created an exhibition, today permanently displayed in our museum, without any comment or condemnation on our part. We even showed Aurangzeb in his pious activities: for example, he used to stitch himself Muslim skull caps, so as to sell them and donate the funds to the deprived; he also carefully wrote his own will by hand. Our professor translated this will and it makes for interesting reading. It starts with a prayer: “Praise be to God and blessings on those servants of Him who have become sanctified and have given satisfaction to Him. I have some instructions to leave as my last will and testament”. The list of donations to the needy and instructions on how to bury him follow but, most interestingly, among these are two clauses: the 11th one: “never trust your sons nor treat them during your lifetime in an intimate manner…” And the 12th: “the main pillar of government is to be well informed in the news of the kingdom. Negligence for a single moment becomes a disgrace for long years. The escape of the wretch Shivaji Maharaj took place through carelessness and I have to labour hard against the Marathas to the end of my life as a result of it.”

We are happy to announce that the book Aurangzeb’s Iconoclasm, based on our exhibition, is to be released at the end of June by Uttar Pradesh Chief Minister Yogi Adityanath. We hope that this pioneering exhibition and book will help to set the record straight as to who Aurangzeb was and what he did, because as Gurudev Sri Sri Ravi Shankar famously said: “No nation can move forward unless it squarely faces its past. The courage to remember helps us not to repeat the same mistakes and to build a better future for our children.”

François Gautier
François Gautier, a former international correspondent for Le Figaro, is the author of several books on India and its history, including In Defence of a Billion Hindus. He is also the founder of the Chhatrapati Shivaji Maharaj Museum of Indian History