Americans in Search of A Nation

What has happened to the religiosity in the original idea of America? 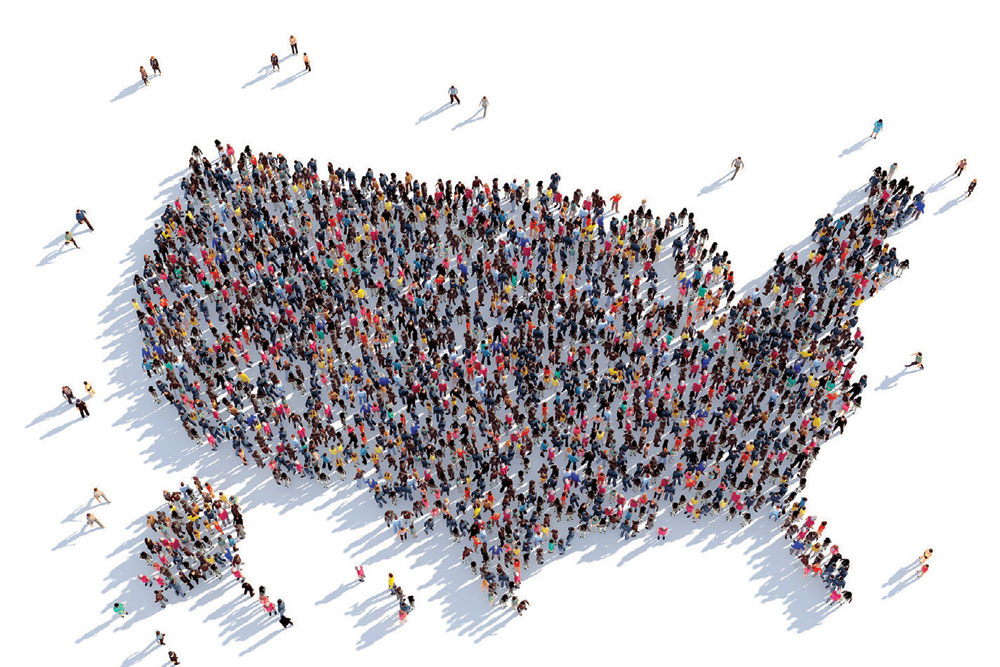 
IN THE MIDDLE of Daniel Boorstin’s The Americans: The Democratic Experience is an extraordinary observation about America in the years after the Civil War (1861-1865). He writes, ‘Ownership was enjoyed by unprecedented numbers. What they owned was not only land and houses and cattle and the tools of their trade, the traditional ‘property’ of recorded history. This new nation produced new kinds of property.’ For the rest of the world, which is both persistently drawn to and vexed by America’s greatest export, the religion of scorched-earth consumerism, the idea that there existed an America before its present avatar as the prima donna of global capitalism smacks of the incredible. What followed in the years after the battles at Antietam and Shiloh, Fort Sumter and Fredericksburg was an eagerness to resume life, to restore a veneer of normalcy—as if in an urgent effort to sidestep the horrors of that great fratricidal war. To this end, America’s original ideal—the pursuit of happiness—would manifest through the invention and proliferation of goods and services, new churches and religious awakenings that condoned wealth and materialism. What was now common between the victors and the vanquished of the Civil War was the transformation of that violent cataclysm, which had swallowed men and spit out their remains, into repositories of collective romances and resentments, remembrances and righteousness. Unlike other countries where victors build their statues and demolish any efforts to memorialise their enemies, over the next 50 years after the Civil War, across the American South, statues and street names commemorated defeated generals, renegades and slave owners. What was thus born was a unique compromise. The industrialised North, which won, sought to own the future. Factories and stock markets, industry and commerce became their tools to achieve this. The vanquished South, meanwhile, sought to own the memories of the past that included a nostalgia for a culture that had been delegitimised on account of its two-century old affiliation with human slavery. Together, out of this double helical strand—the utopian quest to invent the future and the reactionary effort to remember the past—was born the homunculus of modern American polity that thrives to this day.

What followed in the decades after the Civil War was also the rise of another player on the American scene that evangelised and perfected the art of democratising ownership: the corporation. Around 1900, Boorstin tells us, nearly two-thirds of all manufacturing was done under the aegis of a corporate structure. By the 1930s, this share of the corporation as producer of goods had risen to 90 per cent. Over 80 years, from 1865 to 1945, America had gone from an agrarian society with middle-power ambitions to an industrial giant and a military superpower. Along the way, American society developed the heuristics and institutions that increasingly sought to reinforce that the ideologies of the state were indistinguishable from the profit-maximising instincts of its corporations. Other ideas of America—the religious visions of John Winthrop in the 17th century, the war-weary pragmatisms of George Washington in the 18th century, the complexly motivated conservatism of Thomas Jefferson in the early 19th century, the self-explorations of the Transcendentalists during the 19th century—were now to be subsumed under the imperatives of an economic logic that underwrote the rise of America as a behemoth. The idea that markets, consumption and profits were the sole means to expand human freedoms became an article of faith, a Holy Trinity in a land where ecclesiastical diversities easily proliferated. Sure there would be deviationists and rebels, cults that resisted this gospel and intellectuals who snarked about its crassness—but the presences of these renegades in opposition only confirmed the suspicion of the majority that the one true thing God loved more than anything else was a rising stock market.

The irony, of course, is that the closer the American elites are to the halls of power in the media and government, the more unrecognisable is the history of America they narrate. As elsewhere in the world, the American elites speak in ways that valorise without enquiring critically into the consequences of the words they deploy for effect. A perverse consequence of this clash within civilisation is that the American present today is often traduced into a narrative of disconnect between the aggrandised metaphors deployed by an oligarchic elite and the lived experience of millions. But what makes the American present more complex and difficult to parse is that by the virtue of its scale, there co-exist three different ideas of how to think about the American present.

The legal and political establishment continues to genuflect and preserve a status quo that borrows its norms and mores from a conception of America that was largely born in the 19th century. Thus, we see institutions like the electoral college, the jury system of peers, a highly fragmented healthcare system—all of which were born when the vastness of American geography overwhelmed any efforts to coordinate its norms. The result then—which continues to this day—is a weird mixture of a highly devolved local governance and an executive branch inWashington DC whose powers often make the president indistinguishable from a king. In the face of a supine legislature and a conservative court, the only meaningful restraint on the executive is the president’s own respect for norms and precedent.

Meanwhile, large portions of American society—including its African-American and other minorities—rely on moral intuitions about their social contract in vocabularies which burbled up between the 1920s and 1960s, which was an age of progressively acquired economic and social freedoms. It was also a time which had the added benefit of well-identified enemies (Nazis and communists), immigration curbs and the arrivals of millions into middle-class life. Alongside, they internalised intellectual justifications offered up by a corporate media that condoned vast income inequality in the name of rights. As the philosopher Richard Rorty wrote elsewhere, the American idea of rights was reduced to claiming rights from the state. The possibility of claiming rights from the economy became anathema to their discourse. Redistribution became a four-letter word, in parts, thanks to the malevolent and hegemonic presence of the communist Soviet Union, armed with spies, ideologues and the hydrogen bomb.

There is a third group—albeit small in population but most powerful of all—that borrows its ideas about what America ought to be from city-states such as Singapore. Per this vision, technology can dispense away with many historically evolved institutions that at present function badly. From healthcare to criminal justice system, pollution to inefficient social spending, this vision lays a premium on efficiency that reduces negative externalities. In this schema, to be American is not necessarily about citizenship but more akin to being users of a certain set of services mediated by technology. Per this view, the need to be efficient trumps any conceits of American democracy. The stewards of this vision have little use for traditional politics. Instead, to them, social order is intimately tied to cognitively ringfencing reality itself.

This palimpsest view of present-day America where 19th century juridical-political institutions, 20th century social norms and 21st century technocratic visions jostle for primacy has understandably led to tensions, contradictions and conflict. With each passing day, alarmists declare that partisanship has made all reasonable dialogue and discourse impossible. When compared to the past, however, this appears to be a form of presentist exaggeration. Nevertheless, what has however changed is how exactly Americans understand their commitment to the idea of America. In the 1900s, Americans saw their relationship with their country in theological terms. Herbert Croly (‘the apostle of progressivism’) wrote in 1911 that ‘the faith of Americans in their own country is religious, if not in its intensity, at any rate in its almost absolute and universal authority’. More than a century later, this religiosity that birthed their ideas of nationhood and citizenship and blessed it with the force of righteousness has been replaced by a suspicion about the American state, its institutions and its elites. To remedy this fraying coherence of a great republic is a generational challenge. Perhaps, in its heart of hearts, any revival of public spiritedness will involve a reconsideration of what many consider America’s animating energies: an unthinking worship of wealth and a mania for owning things.