A deep dive into the structure of Hindi cinema 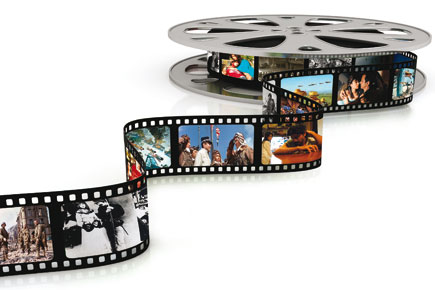 India is a country obsessed with films. Two thousand films in over 20 languages entertain a billion people every year. While every region and language has its own cinema and favourites, it’s popular Hindi films which haven’t only a pan-Indian audience but many of its films and stars have become a part of modern Indian iconography. Walk into any drawing room, street corner or college campus, a discussion on films (or film songs, actors) is inevitable. As someone who is attributed with coining the word Bollywood itself (there are other claimants now), I find that there are more opinions about films, film stars and the film industry than viewers. Arguably, nothing besides cricket has a universal appeal to people at large in India. If you disregard the nightly entertainment disguised as news on TV, our media—print, broadcast and online platforms—are obsessed with films, especially Bollywood. It’s not surprising Bollywood has become a brand that is recognised around the world today.

Bollywood was initially dismissed as formulaic and trite cinema.  Today, popular films are applauded and appreciated. It is the subject of study in universities around the world. Scholars and academics discuss the blockbusters alongside masterpieces. Unfortunately, a lot of this discussion is lost in media trivialities and verbiage. Scholars, critics and film schools usually talk of an industry about which their knowledge is sketchy or misinformed. What I find irritating is that most of this is done without understanding the structure of Hindi films. Film watchers are familiar with actors, most with the directors, singers and composers, and fewer with writers, lyricists and producers. Hardly anyone would know about cinematographers, recordists, choreographers, production designers, stunt coordinators and such like, including junior artists (extras), assistants, carpenters, painters, tailors, drivers, caterers, etcetera. The recent spate of books on Bollywood shows ideological bias, half-knowledge and heresy.

There is a large paraphernalia required to shoot a single frame. From 100-odd people to 500 people are involved in filming and post-production. Conventionally, all producers are members of producers’ association. In Mumbai, there are Producers Guild of India, Indian Motion Picture Producers’ Association, Indian Film and TV Producers Council, Western India Film Producers’ Association and Indian Documentary Producers Association. Besides, there are 24 craft unions representing everyone from actors, writers, directors to set workers, dancers, musicians and stuntmen. It is possible for anyone with either some training or in some cases, mere intent, to become a member of these associations. In a select few like the Producers Guild of India, the membership is restricted. Thus, all kinds of people enroll as members of these associations and unions and become a part of the film industry, or Bollywood, in this case. Then we come to distributors, exhibitors, studio owners and their staff, markets, PR, lawyers, chartered accountants, agents and sundry management and administration staff. My estimate is a million people are associated with the Mumbai film industry indirectly (and perhaps 5 million all over India). Who gets noticed? A few hundred, at best?

Millions of people are indirectly associated with movies. A large proportion may work with the film industry as they do with other industries. An accountant, lawyer, furniture rental, caterer, tailor, etcetera, may work in films the same way they work elsewhere. Then there are thousands of part-time actors who may feature in two-minute appearances in one film. This does not make them a part of the film industry or Bollywood. For many years, it is not uncommon to identify some criminals with Bollywood. In most cases, they have a. tenuous link with films. Let’s not forget thousands are driven by the glamour and glitz of showbiz and hundreds do manage a get a fleeting role on screen or get attached to a film unit in some direct and indirect way. Almost all of these quit after realising that behind the glamour is tough, hard work, frustration and very little money. While they get gainfully employed somewhere else, their filmi connection remains a watershed moment for them.

Scholars, students, journalists and even novelists share an imagined world of Bollywood. It’s not a big, bad world out there. There are the occasional charlatans with shady deals and exploitation, but these are all exceptions rather than the rule. The picture has changed in the last 20 years. In any case, it’s not a dog-eat-dog world as is often made out. I have worked with four generations of film people and by and large, they have been nice people. Some of the brightest minds can be found in Bollywood. Are there camps? I don’t think so. Yes, there are favourites as in any field. Filmmaking, like any creative process, requires a certain level of comfort. One develops friendships and relationships over time and tends to work with the same set of people. Prior to casting directors and talent agencies, it was often easy to cast artists familiar with the leading artists, directors and his assistants. Often, writers would pen scripts with a particular actor in mind. This led to some faces being seen in films of a particular actor, director or producer. There are so many instances of major film producers and directors failing to successfully launch their children. Ultimately, it’s the paying public that determines success in show business. Does the casting couch exist? I am sure it does, but I can vouch for most of the people in the industry being above this kind of chicanery.

The Indian film industry, particularly Bollywood, has never made religion, politics or caste a criterion of working together. Like the rest of the country, 90 per cent of Bollywood is Hindu, but that has not excluded any Muslim, Sikh, Jain or Parsi from flourishing here. There is a natural equilibrium constantly at play. Filmmaking, like other arts, is a collaborative effort. Whether an individual drives a film or a studio, failure and success depend on a whole lot more. People chasing dreams hardly have the luxury of ideology or religion.

From the 1930s, we have had films made by directors who believed in certain causes. Of course, before Independence, several films were made on the freedom struggle. The 1940s saw the rise of the Left movement. The Progressive Writers’ Association and the Indian People’s Theatre Association (IPTA) became fertile hunting grounds for talent. Many from these movements gravitated towards cinema and earned fame and money. A few remained committed to the ideology, but many moved on. The Partition relocated talent and many in Bollywood, too, came from the other side of the border and went on to flourish. There was Nehruvian idealism of a new socialist India, and most of the big filmmakers used it as a leitmotif in their films. There are a few hyper-nationalist filmmakers today who espouse the Hindutva cause. But with a few exceptions, films are largely made without any political agenda. Did they believe in what they showed in their films? Not in popular cinema, almost always.

If others find meaning, context and relevance to these works of popular cinema, it’s their imagination. Do socio-political and economic realities have any influence on the success of films? Hardly. Are stars created by the interplay of these conditions? Questionable. Yes, sometimes the ecosystem in the country can spark off an idea or touch a chord among viewers. It’s not that the filmmakers are unaware of the world they inhabit or don’t have opinions on society, politics or the world. Now, there is much more experimentation. From socialism to nationalism, liberalism to jingoism, religion to mythology, crime, romance—writers and directors have expressed their thoughts engagingly and, sometimes, provocatively. Meaning-making is an intellectual exercise that reads more between the lines rather than accept that entertainment is the driver of popular cinema in India. Offbeat films were dubbed “message” films or aimed at “class audience” (earlier, the demarcation was clear—masses and classes). Till recently, the tropes and archetypes were derivative, except for parallel and offbeat cinema. The mainstream has happily celebrated the tried and tested plots.

Critics and analysts usually never bother to understand the structure of Bollywood or Hollywood. There are too many cogs in the wheel. The paucity of screens in India, over-production and affordability result in 80 per cent of the films failing at the box office. The exigencies of artists’ availability, finance and distribution have less to do with artistic preference than with financial implications. In several books, research papers and dissertations, various people have analysed films and filmmakers. There are volumes written about the socio-political fabric of films. For decades, academics are deciphering meaning in popular hits which the filmmaker was never aware of. What they fail to understand is that most of these filmmakers, writers, directors operate within a commercial framework that has very little scope for any other consideration except success.

In recent years, it’s become a trend to call out “Bollywood” if the stars don’t express their opinion about certain issues. First of all, stars alone are not Bollywood and it is not necessary for a star to shout his beliefs or politics. It is also possible for a star or others in cinema not to endorse a particular line of thought. The audience has a right to not watch this person’s films if they find his/her stand offensive. Trolling or media slanging is not the determinant of the audience views. Nor are reviews. The chemistry of box-office success is a compellingly told story and audience acceptance. It is fashionable to talk about some imaginary “indie” film. If one has to examine it carefully, someone is putting money behind another person’s dream. It is someone who makes the film reach the audience, however niché. Bollywood is all about manic heartbreaks and applause. It is also about distribution and cinemas, legal contracts, marketing and management.

The audience of Bollywood films has only increased over time. Now, streaming platforms offer filmmakers and viewers wider choice. There is much more experimentation and young talented writers and directors are delving into subjects no one had imagined a few years ago. A lot of literature, old and contemporary, is being tapped for stories. Stars, too, are willing to be more adventurous in the roles they do. In any case, on streaming services, the delta between the Khans and Manoj, Bajpayee, Pankaj Tripathi and Nawazuddin Siddiqui is far less than it has ever been before, and the Delhi-UP distributor, Patna cinema owner and Naaz building broker may have been replaced by an executive producer in a studio or creative director at an OTT service. The more the structure changes, the more it remains the same. The first weekend still decides the fate of a movie.