Why China Still Gets Away

The new Cold War is not a clash of ideas 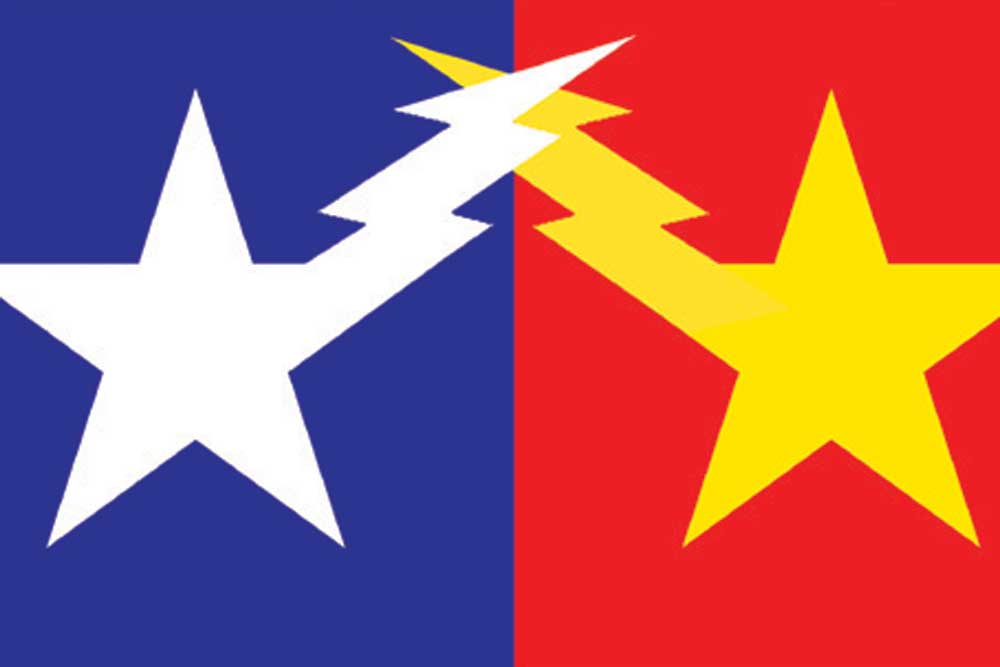 THE NEW COLD War is not restrained by nomenclature, and it’s not even defined by geography. Cold War is not the word we can use comfortably to describe the growing tension between China and parts of the world. The West didn’t have the luxury of being awakened by the documented warning from a super diplomat like George Kennan about the radioactive thunder from the East. Nor did we have a George Orwell to imagine a dystopia with Chinese characteristics for us, with Room 101 digitally updated. What we have in abundance are daily headlines on alignments and realignments, new aggressions and veiled appeasements, as China looms over nations rattled and nations indebted as a terrifyingly focused power. We are all in its field of vision, and still making up our minds.

Latest headlines suggest America, dominant on the other side of the divide, has made up its mind after four years of systematic anti-China groundwork by the Trump administration. Even at the risk of alienating one of its oldest European allies, America has formed a new strategic partnership, the subtext of which is the containment of China. India’s own regional importance in a world where the US is a damaged superpower, morally and diplomatically, is conditioned by the fear of China. In the new global politics of the good versus the bad, there is no Iron Curtain separating them. There is no consensus on the nature of the ‘evil’ itself.

This Cold War has little ideological content, and its high-level polemic is balanced by unstated pragmatism. The original one, a classic thriller populated by easily recognisable stereotypes, was a war of ideas. Both ideas were built on freedom—only definitions and means differed. On one side of the Curtain was a system that put the individual, un-programmed by the knowing state, at the centre. On the other side, the individual was not the word that could capture the full meaning of the New Man, a permanent work-in-progress, supervised by the state that followed the Book—and its custodians. In the Soviet model, power was about asserting the superiority of ideology over the corrupting elasticity of liberal values and the free flow of capital. In the democratic model, the free marketplace was a reflection of the politics of choices—not of control. One wanted to outlive the Christian West by building its own heaven on earth, which otherwise only promised injustice. The other kept the windows open to see what was coming up outside, heaven or hell, whatever, and it was your making. The original Cold War had clarity, not just in terms of geography.

China’s ideological system is a hotchpotch. The apparat may still be pure Leninist, but the People’s Republic is not a textbook case of communist totalitarianism. Its evolution, from Mao’s white sheet on which the future is drawn and erased in quick succession and with ruthless precision to Xi’s techno-despotism, is a study in ideological flexibility and a survivor’s ingenuity in tapping into the past. In what could be called social capitalism with Chinese characteristics, Confucius, Marx, Mao and a genetically modified Adam Smith can co-exist, as long as they don’t come in the way of the current leader’s project of making himself the Eternal Helmsman. China’s attitude towards the democratic West is not strictly antagonistic: It has imbibed everything Western except democracy (the dreaded “fifth modernisation”). A deep sense of hurt, dating back to its imperial nationalist glory, powers its paranoia. Its spheres of influence are not purely Soviet either; it has no vassals. It has only potential preys, and it requires policies such as the Belt and Road Initiative to make the hunt easier. And the marketplace—it’s not an adversity; it’s an opportunity.

In the new Cold War, the old playbooks are of little help. The West—or America to be precise—is not fighting China with ideas. It seems to have no problem with China’s abominable human rights record. It sees very little beyond China’s manipulation of the market and its extra-territorial aggression. It may not have a China complex as some Asian countries do, but it cannot let go of this ‘socialist’ state with a ‘capitalist’ hunger. China is the countryside, Mao might have said; China is the marketplace, and that’s the mantra we hear, and the beast behind the glitz, watching every movement, every word, is a domestic matter—and its bad behaviour beyond the border largely goes unpunished. China is a permanent threat, but China is necessary too. Set against China’s sharper, unwavering national interest (achieved through international subterfuge) are its opponents’ short-term responses—part desperation, part pragmatism, but never built on a confident value system. An attitude can’t be a replacement for ideas.

Gogol imagined Russia as a fearsome troika flying through time. The dragon’s race for owning the future the liberal West has taken for granted is less poetic, but it can be contained only by a battle of values the democracies are shying away from.