Ghulam Nabi Azad will most probably be replaced as leader, but who can that be? 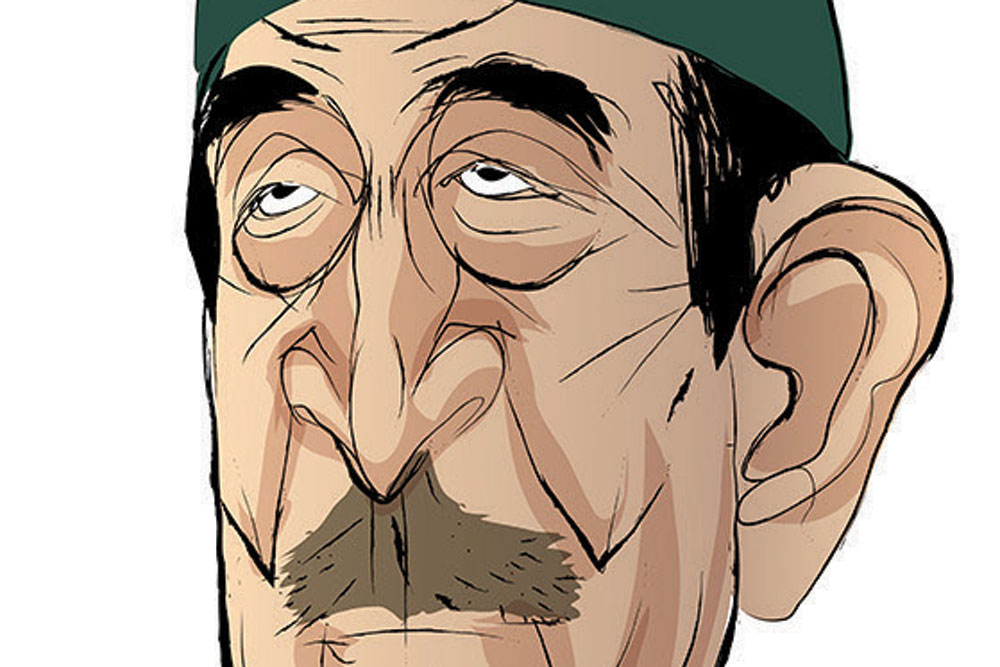 
In Rajya Sabha, Ghulam Nabi Azad is the leader of the Congress but is slated to retire in February. The Gandhi family has not been happy with him in recent times because of what is perceived as dissension. He was among those who signed the letter asking for reform in the party. Azad will most probably be replaced as leader, but who can that be? Anand Sharma, who is close to Sonia Gandhi, is also set to retire late March. He might be a possible name for the position. Otherwise, the buzz is that Mallikarjun Kharge is Rahul Gandhi’s favoured candidate. He was leader of Lok Sabha earlier and is a Dalit leader. Jairam Ramesh and Digvijaya Singh are also in the race.

In 2014, when Narendra Modi became prime minister, the Prime Minister’s Office (PMO) had two important hands. One was PK Mishra, now principal secretary, a Gujarat cadre Indian Administrative Service (IAS) officer. The other person close to Modi was AK Sharma, who was more junior. Sharma subsequently moved out of the PMO to become the secretary of the Ministry of Micro, Small and Medium Enterprises. He then took voluntary retirement and was to join BJP later. It was said he would be made a member of the Legislative Council in Uttar Pradesh. Modi apparently has told UP Chief Minister Yogi Adityanath that he wanted Sharma to be given greater responsibilities, especially for the Assembly election next year. Sharma could even be deputy chief minister if BJP comes back to power in the state.

In a Parliamentary Consultative Committee meeting on external affairs, there was a major discussion between foreign minister S Jaishankar and Congress leader Rahul Gandhi. Jaishankar was pleased about the interaction. First, because Gandhi doesn’t come for the meetings regularly, but this time was present with other leaders of his party like Shashi Tharoor and Anand Sharma. Jaishankar replied to all of Gandhi’s questions and gave the Government’s perspective on various issues like the border aggression of China, why Russia and other countries needed to be focussed on apart from the US and China, etcetera. Gandhi said that it was a bipolar world but Jaishankar disagreed with the idea. Gandhi also questioned Jaishankar over India’s Covid diplomacy. 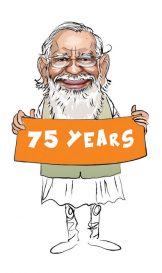 The 75th year of India’s independence is 2022 and Modi is said to be working on a plan to have celebrations for one year starting this August 15th. Different ministries will have their programmes and BJP too will have its own separate celebrations. There might also be a move to use these celebrations to correct a popular perception that the Rashtriya Swayamsevak Sangh did not participate in the freedom movement.

In West Bengal, the politics of health is playing out. Chief Minister Mamata Banerjee had announced a Swasthya Sathi health insurance scheme for all in the state. While BJP State President Dilip Ghosh is criticising it as an election gimmick, in every district, there is a long queue to enroll in the scheme. Interestingly, relatives of Ghosh in his own village, including his brothers, joined the scheme.

Last time the West Bengal election took place in six phases. This time, the Election Commission might have seven, eight or possibly even nine phases to maintain order. They have been having discussions with both the state and the Centre. The election dates are going to be announced in February. They want to conclude the election by early May and have a new government in that month. An issue facing them is the deployment of paramilitary forces. There is a scarcity because the home ministry cannot withdraw forces from Kashmir, Northeast and Maoist areas. But the possibility of political violence in Bengal looms large and so the ministry feels paramilitary forces are needed in large numbers. Last time, these forces depended on the state police to function because they didn’t know the topography of the villages and districts. This time, the home ministry is planning to send paramilitary forces earlier so that they are well in position by election day. 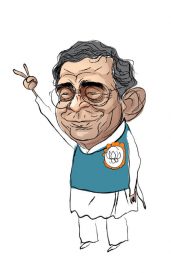 BJP’s Rajya Sabha member and columnist Swapan Dasgupta is now very active in West Bengal election politics. He is said to have now become a voter in the state. Earlier, as a resident of Delhi, he voted there. Apparently, the BJP’s central leadership told Dasgupta to make the change because to fight the political battle in Bengal, it was important to be a voter there. Another gossip says that Dasgupta became a Bengal voter because he might be a chief ministerial possibility after the election.

Dravida Munnetra Kazhagam (DMK) leader MK Stalin’s son Udhayanidhi Stalin, a Tamil movie star, is becoming an active figure in the party since formally joining it last year. So when Rahul Gandhi visited Tamil Nadu and attended a jallikattu event, Udhayanidhi was seen with him. In the coming Assembly election, he will play an important role for DMK.