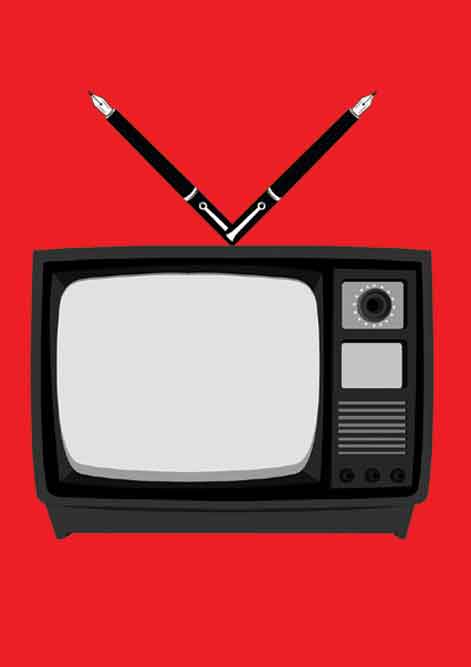 THE SUBJECTS THAT keep the airwaves and op-ed pages of the US overheated today are the Supreme Court judgment that revoked the pro-abortion Roe vs Wade and the House committee hearings on the Capitol riots. The former has united anger against the “insensitivity” of the Court, which is now overwhelmingly Conservative, courtesy Trump’s campaign pledge. By the way, the Court didn’t ‘ban’ abortion but gave the power of final say to the states, or put it in the people’s court, upholding the principles of democracy. This argument is “right-wing”, and the “liberal” anger is against the new orthodoxy of the Conservative court, its disregard for a woman claiming control over her body. The media trial of the “insensitive” court goes unabated, if informed arguments are trials, and if there is an argument without an agenda.

“Media trial” is an easy accusation that comes to those who think they have been wronged despite their belief in their own morality. It is an accusation that puts the loftiness of institutions and the inaccessibility of the human mind on a higher pedestal than the freedom of questions and the intersection of ideas, logic and information in an argument that refuses to accept certainties, no matter where they emanate from. And it is as old as the tension between higher powers legitimised by the state’s prerogatives, which themselves have democratic sanctity, and the citizen who is cynical about the absolute wisdom of institutions. Media, in an ideal scenario, semaphores the citizen through the conflicted realms of truth and facts. Investigation is not a rejoinder; it’s a responsibility. Argument is not a weapon; it’s a way of engaging with the pursuit of truth. Of moral resolutions and ethical fairness. It’s all about being there in a world where nothing can remain sacred, and everything is a story that has never been fully told.

That said, media trials can be ugly, shouty, and ill-informed, and it’s more than a question of good taste and sophistication. The chief justice of India, Justice NV Ramana, in a recent memorial lecture, has said: “Of late, we see the media running kangaroo courts, at times on issues even experienced judges find difficult to decide. Ill-informed and agenda-driven debates on issues involving justice delivery are proving to be detrimental to the health of democracy… Print media still has [a] certain degree of accountability, whereas electronic media has zero accountability as what it shows vanishes into thin air. Still worse is social media… You should not overstep and invite interference, either from the government or from the courts…”

The aesthetics of prime-time television may be disagreeable to some, depending on the ideological leaning of the viewer and the “agenda” of the host. Tucker Carlson may be the world’s most influential television journalist, but for many his rhetorical fusillade against liberal consensus is obnoxious right-wing evangelism, which makes “evils” such as Trump possible. In India, too, we are prone to turn its most popular television journalist into a pronoun for breathless aggression. Our disagreements, or revulsion, don’t make us loftier than our objects of derision, and our problem, if it is not about aesthetics, is one about conflicting agendas. Ideologies, and even a play of ideas, or individual convictions informed by cultural attitudes, make the agenda a permanent dispute, and that is what makes conversations productive, and civil societies the worst places for consensus and homogeneity.

There are any number of reasons to switch off the television—some need not do it anyway because, increasingly, a TV screen is for streaming your international shows and films only—and the most legitimate one is about authenticity, or a ridiculous level of confidence in one’s own superciliousness. One thing that most of us in the media refuse to accept is the gap between the smartness of what we write/present and the smartness our perceived reader/viewer. Think of those who don’t want to read/view anything that is below them. It’s not the agenda but the quality of the mind that matters.

The agenda is a business model as well, and the irony apart, increasingly for the so-called independent media. An agenda that feeds your liberal or conservative base ensures a captive audience. To feed your base is to retain your readership/viewership. Whether it’s the ideal model is a different matter. The agenda seldom becomes a threat to the nation or its institutions—it can certainly become an attack on the sensibility of the last independent reader/viewer, if it’s a work of unsophistication. Agenda, not the one that flows from the sewage of social media, if served well, won’t destabilise democracy; it will only make the national conversation richer. An agenda, in the business of knowledge and information, of ideas and arguments, makes facts and truths the ultimate pursuits of freedom. Let there be more of it.