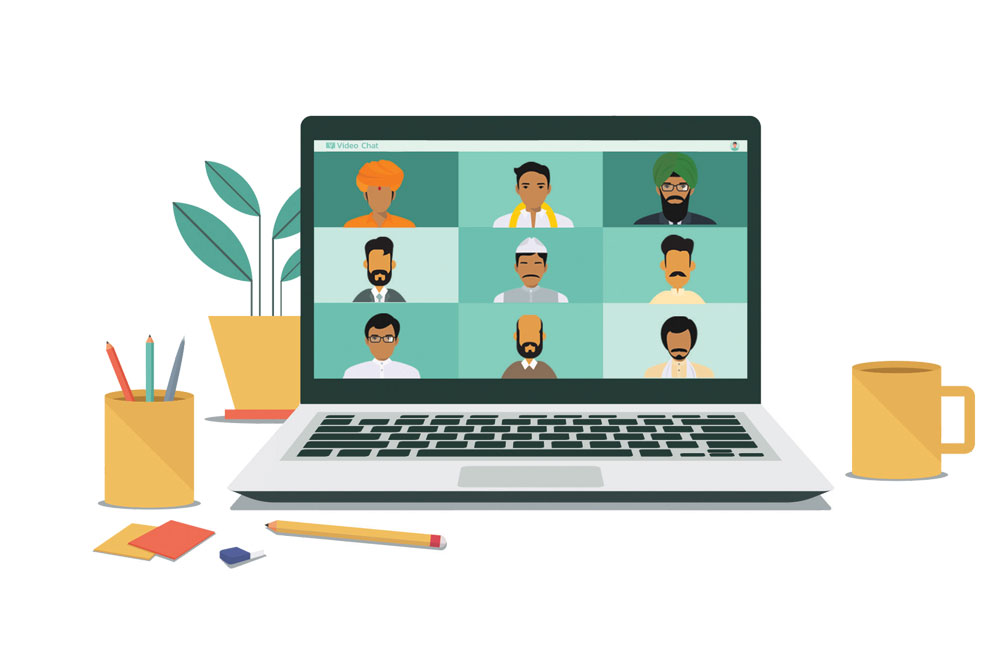 I was an enthusiastic seminarian ever since I left the foreign service. It was such a delight travelling around, staying in lovely hotels in glamorous cities, big and small, doing intense research to say something meaningful on any subject, relishing the haute cuisine and stimulating discussions. New people, new ideas, new products and much to unlearn and learn. Not inhibited by instructions from headquarters and liberated from the conduct rules, one could be innovative, inventive, or simply, funny. It was a mutual admiration society with people whom I had met in different places and worked with, despite having diametrically opposite views. Nobody complained except my wife, who was left behind. Not that she wanted to travel, but she just wanted me to be around.

When I left a star-studded seminar on ‘the Strengths of India’ at the Central University in Puducherry a day before it ended on March 9th, 2020, the coronavirus was a distant danger, hovering over China. My chauffeur was sneezing and coughing all the way, but I had no fear of infection. I sensed danger only when I had to stand in line for an hour to board the flight from Chennai to Thiruvananthapuram while someone took the temperature of the passengers with a new ‘no-touch’ contraption. When I touched down in Kerala, I did not have the faintest idea that I would not board a plane at least for eight months. This is the longest gap in my air travel ever since I joined the foreign service.

The lockdown was a new experience, but the fact that it was going to be imprisonment with the additional risk of getting infected from anyone in the vicinity had not sunk in. The closing down of educational institutions, cancellation of scheduled conferences and travels were a relief initially and it seemed like divine intervention to slow the pace of my retirement activities. But as the realisation came that success in the Covid-19 era was survival more than anything else and that the virus was not going to disappear one fine morning, the gloom began to thicken and it dawned on me that, being in the vulnerable age group, it was important not to stir out of home. Television studios, restaurants and hill stations receded into the background and staying home with no physical contact even with dear and near ones became the new norm. It looked as though life had come to a standstill.

Reading and writing were obvious options and I longingly looked at the classics I had collected to read during retirement and the different book plans stacked away in the corner to be pulled out after all the frantic running about for conferences, lectures, TV shows and seminars was over. But I realised soon enough that solo exercises like reading and writing did not satisfy the soul. Writing is easy, but writing something that others will read is the challenge. It is a cruel world in which some writers have to run after editors and publishers only to receive rejection slips while some others have publishers running after them with fat cheques. It gives me great satisfaction when I relate to a live audience or when my TV programmes get a reasonable rating. But all those vanished during the lockdown when interaction became dangerous and the best way of expression of affection was keeping the distance. In a flash, smiles disappeared behind the masks on every face.

The first invitation for a webinar arrived in this grim situation like summer showers. Podcasts and webinars have existed for a long time, but they were rarely used as the alternatives of seminars, and conferences were more productive and interesting. Like online education, which has become the new norm out of the blue, webinars took over the strategic, educational, technological, cultural and medical discourse rapidly. No travel necessary, no dressing up except for the upper torso, reference material can be at hand, make your own coffee after unmuting the camera and even go for a walk while others are speaking. No wonder it caught on like wildfire.

It was most enjoyable for a time. It cost the organisers next to nothing, the participants, ranging from school students to Nobel laureates, got over the withdrawal symptoms of the lockdown, the horizons expanded beyond the oceans wherever the internet existed. The world suddenly came within reach. The audience grew from two to several thousands. Sree Sreenivasan, my journalism professor’s son, had one or more webinars called ‘Sree’s Daily Global Covid-19 Show’ every day since the first day of the lockdown, completing 218 episodes. We woke up every morning hearing him live. The world of communication changed beyond recognition and people started counting webinars as a blessing of the pandemic.

Today, we live in a webinar-weary world, as everyone started a webinar on their own and the seeming advantages of the phenomenon over personal interactions began to dwindle. The competition for attention, which is scarce in the digital world, became fierce. The UN General Assembly, where nobody could walk without brushing past a celebrity, has a desolate look now. People became more and more nostalgic about the old days. The search for the vaccine, which will be the ultimate redemption from the pandemic, has intensified. But the proliferation of webinars and videos on everything, from itch reduction to cancer cure, befuddle the mind. Though technology came to the rescue of mankind for communication and learning, its glaring inadequacy was a spoilsport at crucial moments in the webinars. The internet and electricity are still erratic and the art of muting and unmuting of mikes and cameras are still challenges.

The weariness arises also from the pressure from the organisers to join webinars on diverse subjects, which may not be of the required standard. Most of them do not offer any remuneration as it involves only a few minutes of work. There is not much appreciation of the effort required to be put in for every appearance. The incentive of not wanting to be missed out is wearing thin and it is difficult to find excuses. Protocol is rarely respected as the participants never meet personally to complain of breaches. Also, if the time spent on webinars can be productively used by reading and writing, it might be more beneficial. Video recordings accumulate, but there is no time even to check whether they contain any howlers.

With all the weariness, however, I dread the thought that the telephones would stop ringing once and there would be no invitations for webinars. Unless the good old days return and the globetrotting begins, I shall continue to attend webinars with weary eyes as I have agreed to do this week at 12 midnight to suit the convenience of my journalist hosts in New York.