Russia’s attack on Ukraine and the human cost of war 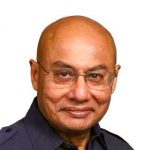 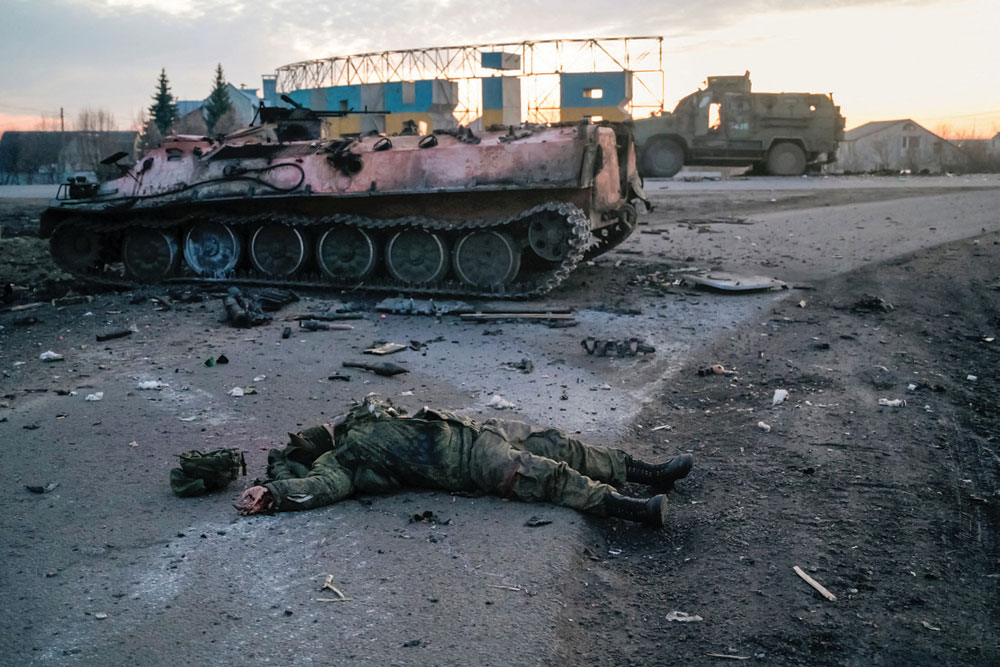 I have found it hard to sleep the last several days. Sleep does not come easily when the last things you see on your television screen are relentless convoys of murderous tanks headed to mayhem and murder in peaceful residential towns, the indiscriminate shelling of civilian homes and apartments, burning schools, stores and hospitals, terrified mothers and weeping babies being stuffed into super-crowded trains to uncertain destinations, a million exhausted, famished women and children herding into freezing refugee camps, and the eternal overhead circling of dark, evil planes and helicopters searching for lives to stamp out.

Nothing, simply nothing is uglier than war.

Our minds are clouded by childhood fantasies, based on shameful fictions we were fed about glory and valour, brave men and heroic fighters. Spartans and Athenians fought on designated battlefields, where trained and muscular men went forth bravely to kill and be killed. There are no such things now. Now, there are only naïve boys and girls from poor families and little villages who are enticed with free meals and uniforms and regular pay to join armies and trained to be merciless in using horrendous equipment that tears flesh and splatters blood. There is no heroism and no bravery.

There are only meaningless slaughter and cowardly sniping, unheroic murder from a distance and shameless, pointless destruction and killing. There is unchivalrous assassination and undiscriminating, ruthless expression of hate and brutality. Decent humans simply cower in fear and shock and then throw grenades and bullet showers in anger and desperation or wield flying and floating gadgets that kill en masse. In retrospect, and in sheer cunning, we call it courage though we know that is a lie. The broken survivors gratefully receive those puny compliments for want of anything better to fitfully cover their broken parts and spirits. That is what war means.

This war is especially revolting, for it is entirely without cause or conflict. A large country attacks a small country without any provocation. It says it sees a threat, though nobody can see the threat from a modest country that hasn’t threatened anybody. It has a ragtag army and a tiny airforce that can be decapitated—and is—in a day or two. Yet, amazingly, this small country, a veritable David, has put up a spirited fight against the giant Goliath that has invaded it with a massive onslaught of planes, tanks and missile launchers. Now that the invader has failed to topple its victim in a week, as it expected, it has started a brutal attack on civilians and their homes. Shamelessly, the bombs and missiles have been targeted on schools and hospitals, homes and villages that have no military significance. Clearly, the object is to terrorise people and destroy their society.

I was in Moscow and Saint Petersburg three years ago and can’t believe that the Russian people would approve of this massive attack on civilians. They bore the brunt of World War II and lost 20 million people, a quarter of the total casualties. But they are stopped from getting the news. Not only BBC and Deutsche Welle but also Facebook and Twitter have been shut down, and anybody saying a word against official propaganda is beaten and jailed for 15 years.

The iron curtain has descended once again. This time it is a self-inflicted wound, based on artificial paranoia, untrammelled personal power and utter lack of foresight.

In the United Nations, 141 countries said the attack was shameful and demanded that it should stop, save the dictators of Belarus and North Korea. Outrageously, my motherland—another country where straying from the official line is hazardous for the press—decided to sit on the fence and sell its soul for gas and oil.

Few things are more contemptible than when a country spouts a principle and does the opposite. Russia’s ostensible reason for its action has been to defend itself. It is not just hypocritical; it shows utter derision for the defence of its smaller neighbours. Not content with wolfing Crimea and Donetsk and Luhansk regions of Ukraine, it wants to take all of the country, first by laying it waste and killing thousands.

India, which once pioneered the brave, principled ideas of peace and non-alignment, now maintains unprincipled silence in the face of a brazen act of violence and cruelty. This, too, is not just hypocritical. Given that its land has been periodically invaded by a large and more powerful country, with similar threadbare pretexts, its shortsighted and naïve readiness to accept blatant Russian aggression makes it look both cowardly and unprincipled.

Meanwhile, two million people are indigent refugees scattered all over eastern Europe. Thousands of civilians are in precarious refuge in vulnerable train stations. Women, children and old people are dying daily, in their homes or on the road. Indiscriminate shelling is killing men and women all over Ukraine. This is an ugly, shameless war.

If we can’t even condemn it unequivocally, we have lost all sense of direction.