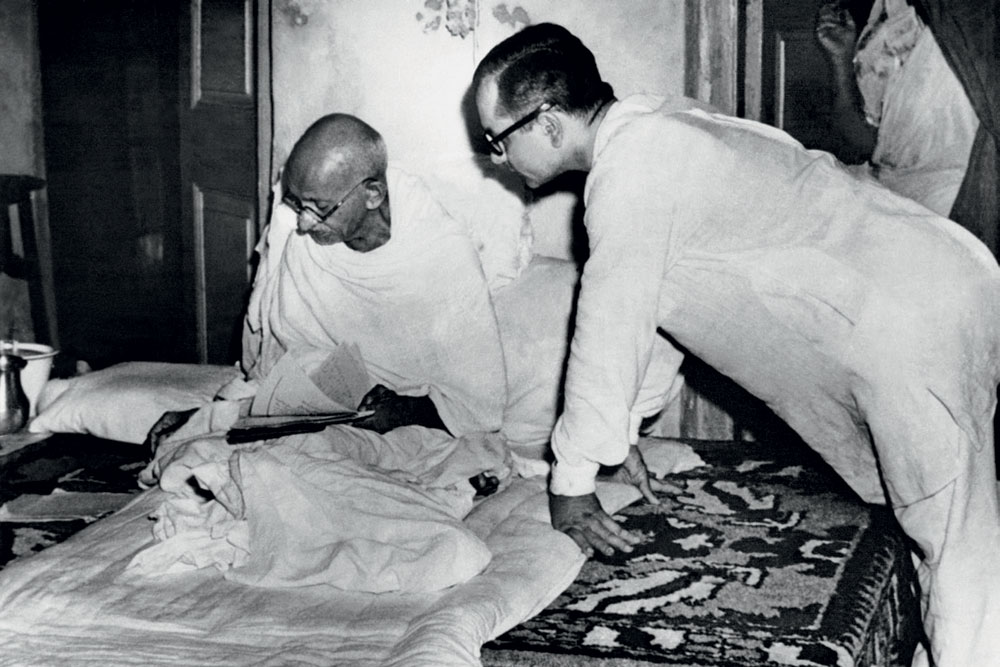 
It was a tryst with hope that was promised at the midnight stroke of the dawn of Indian Independence. What surprised me was to read senior journalist and writer Hasan Suroor’s caustic thesis on the failure of secularism in India. “Was there ever a golden era when Hindus and Muslims might live together?” he asks.

I am 10 years older than Hasan Suroor. This, together with the idea of having lived through the Partition in Delhi and also having spent a year and more in the early 1960s as a student in post-Independence Pakistan, courtesy of a father in the diplomatic service, I beg to differ with Suroor.

True, I was just a very young child during the riots during Partition. For us, my sister, Surya, three years younger than me, our great thrill would be to be woken up and taken to a safe house on some days. We lived in a peaceful quarter on Rouse Avenue in New Delhi.

On some nights, I still remember being woken up in the middle of the dark and hearing cries of looting and shouting of the words: “Allah hu Akbar/God is Great”, followed by running and screaming. Sometimes we heard explosions and could get the scent of fire burning in the distance. Even though we were too young to know what was happening, just looking at the anxiety on the faces of the older members of the family made us realise that we should above all keep quiet and wait till the morning before the tension eased.

“Your dad was away at that time,” recalls my mother. “He had gone with Sir BN Rau on what was to be his first visit to the West. They were part of the group of persons tasked with compiling the Constitution of India. They were going to America, stopping via Ireland because in those days, flights had to re-fuel before they could cross the Atlantic. This was the time the Indian delegation was met by the Irish statesman Éamon de Valera and as your dad always remembered, the Irish were most sympathetic to the Indian cause.”

“One night, you were seriously ill. You had to be admitted to a hospital. Our neighbours across the road were a Muslim family. My brother Hari, who was in the Army, asked them to help since they had a car. They obliged most readily. I could never forget their kindness.”

My mother then continues with the story. “As it happened during the height of the riots at the time of Partition, the same neighbours came to us and asked us very fearfully whether they could use our phone. Their phone lines had been cut. We, of course, were only too glad to help them. They wanted to take refuge in one of the foreign embassies. They left that night and we never saw them again.”

“There was an instant backlash. The neighbours next door were from Bengal. They turned on us and called us ‘Stupid South Indians’ and spat on us as being ‘traitors’ for helping the enemy. That was the worst thing that happened as a result of the Partition. We, who had been living as neighbours, suddenly found ourselves forced to take sides. We knew that whatever the choices that we made, the sense of belonging would never be the same for us in our generation at least.”

This may be why Hasan Suroor’s lament strikes a nerve.

It’s probably true that in the south, there was none of the visceral hostility between the Hindus and Muslims in the north. The Kerala Muslims always claimed that they were a purer race of Muslims than those of the north and they had come not to conquer and convert through the sword, but with the Holy Koran. Till very recently, their mosques in Calicut and North Malabar were similar in structure and design to the local Hindu temples and both communities followed the matrilineal system of North Malabar, or inheritance through the female line. 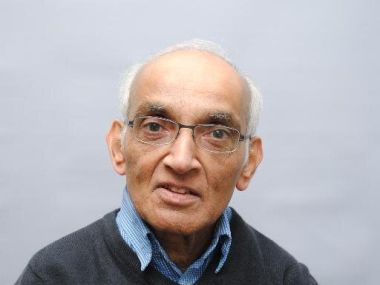 My paternal grandmother Revathi Amma, a writer and a social worker living in both Mayyazhi, a French protectorate, and Tellicherry, across the river on the British side, epitomised this ideal. She was a legend in her time for her defence of a mosque in her locality. Whenever our family met a Moplah, as the Muslims in the area are called, we would hear of the story.

“Who can forget the name of Revathi Amma!” The roadside Moplah would exclaim, “She left her house and came and sat on the steps of our mosques when the mobs came to burn it down. ‘Who dares attack the Chalil Mosque will have to attack me first!’ is what Revathi Amma told the mob. Seeing her was enough. All the men holding their fiery brands of coconut leaves turned tail like the dogs in the marketplace and went back to their homes.”

It was while living at Mayyazhi as the wife of the police commissioner that my grandmother got to meet the Mahatma. She records the event as one of the turning points in her life.

“It was a great day, the 12th January 1934, I was given a new perspective to my life,” she writes. “That was the day that I had the good fortune to see the Father of our Nation, Mahatma Gandhi and to touch his feet.”

She took the gold bangles from her daughter’s arms and put them in the Mahatma’s hundi. The Mahatma looked at her and asked in English, with a characteristic twinkle in his eyes, “Only this much?”

As Revathi Amma goes on to say in her biography, One Thousand Moons—“The mystic experience I had that day and the blessing I received have stayed with me to this day. I can still feel that life force residing in my mind. That is why, I can say that Mahatmas do not die with the death of their body. There is no doubt that the essential energy that they acquire through the spiritual part of their lives will continue to shed a light upon our lives just as the stars do in the heavens.”

When my father KV Padmanabhan was posted to Karachi as the Indian deputy high commissioner, he was committed to helping the Moplahs who sought his help despite the fact that it was difficult for them to reach us in our closely guarded strongholds.

As my father records their plight: “My Moplah friends were the descendants of the Arab settlers who had come to trade in Kerala. With a keen enterprising spirit, they were to be found in places such as Rangoon, Colombo, Singapore and Karachi. At the time of Partition there were about 40, 000 of them in West Pakistan. One fine morning, they were told that they were Pakistanis. They could not go to their native Kerala without a visa, that too on a temporary basis.”

“The Moplahs in Pakistan were stunned. This was part of an unilateral decision: that those who were Hindus in India would be deemed as being Indians and all Muslims in Pakistan would be Pakistanis. The Moplahs who happened to be in Pakistan at the time of Partition were not given an option to return to their birthplaces. They simply got stuck in Pakistan. Despite being an Islamic country, they found it an alien land, with a strange language, different food habits and were treated by the locals as second-class citizens. They wanted the right to return to India, that they called ‘Punya Bhumi’ or sacred land where their ancestors were buried. Since travel facilities in those days were restricted some Moplahs even risked the hazards of returning to Kerala by walking across the Makran coast to the Persian Gulf and taking a country boat. How many of them perished on this route only Allah knows.”

“We lived in a hostile atmosphere,” he writes in his unpublished memoirs. “No Pakistani, with the exception of some Foreign Office officials, were permitted to come into our residences or to attend our parties. If anyone transgressed this rule, he would be immediately put on the black list of the Police. So, we were careful not to embarrass our friends by calling them to our place, we would always try and meet them at neutral locations—another Embassy, or at the house of a common friend, or for a picnic at night on the beach at Hawke’s Bay.”

My sister Surya and I were possibly the most popular girls at our school since we would have access to the tickets to the Hindi films that were the rage. Not just those, but to the tender Banarasi paan that were also accessible to us, even if they had to be flown in by what used to be known as the Paan International Airlines from Dacca.

As my father writes: “Since the cinema houses in Karachi were not permitted to show Indian films we began the practice of screening Indian films to select audiences. One particular film, “Mother India” drew enormous crowds and we decided to have a larger screen high up on the compound wall of one of our buildings, so that the film could be viewed on both sides of the screen. Once when a crowd of about ten thousand people was viewing “Mother India” and roaring their approval, stones were thrown at them. It led to a stampede and the government of the day put an end to our efforts as it was creating what they called a law and order problem.”

Despite being secluded in our Indian enclave at Shivaji Court, we could not help but be infected by the loud, bustling vitality of Karachi in the early 1960s.

“You can sing ‘Sare Jahan se Accha’ along with us,” our friends advised us during national day parades. “After all, it is your song, too! Iqbal belongs to the entire subcontinent.” Just as they could not utter the words, “Indian subcontinent”, we could not belt out the line—‘Pakistan Hamara’.

In September 1960, Prime Minister Nehru, President Ayub Khan and WAB Iliff, representing the International Bank, a precursor to the World Bank, signed the Indus Waters Treaty at Karachi. It was a landmark settlement between the two countries.

At Lahore, there was a reception for Panditji by the governor. The whole of Lahore was there that evening. Everyone wanted to be near the prime minister. Some just wanted to touch him. He climbed onto the rostrum. He spoke in a low husky voice saying that it was not his first visit to Lahore.

“My earliest visit was when I was about eight years; I came here with my mother on our way to Kashmir. I had come to this beautiful city many times during our freedom struggle…who can forget that it was on the banks of the Ravi that we passed the historical resolution on the 29th January, 1929?”

By this time, many in the audience were weeping unashamedly. The gentle voice of Jawaharlal Nehru tugged at their heartstrings. For a brief moment, his words seemed to heal the broken fragments of the subcontinent.

In the summer of our spiralling discontent today, are we to believe that it is hate that will heal our fading hopes?

Or are we to take refuge in mythology and hope that a leader will emerge like Shiva and swallow halahala, the poison that infects us all and save the world once more?