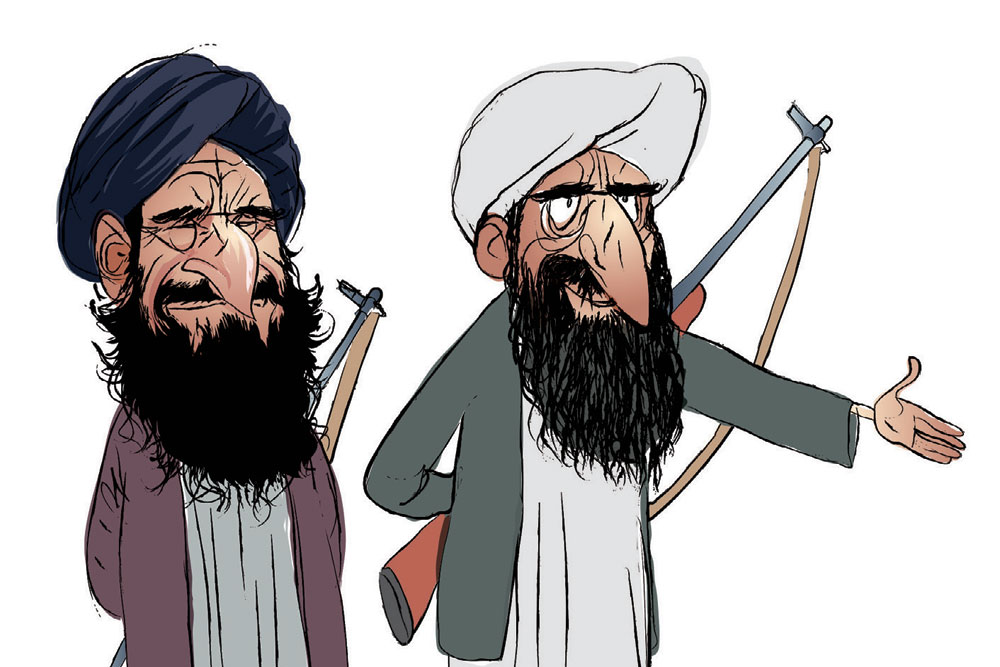 
The Taliban are said to be keen on having a good relationship with the Indian Government and are suggesting track two diplomacy. India has taken a go-slow policy. It will wait and watch. It first wants to see what the UN will do and the countries supporting the new government. The Taliban want Indian investments not to be pulled out from the country and are protecting Indians there. The Ministry of External Affairs is briefing the media off the record that it doesn’t expect further bloodshed. But Pakistan controlling the Taliban and China strongly backing Pakistan make it imperative for India to tread carefully.

Sushmita Deb, who used to be a senior Congress leader, has joined Trinamool Congress but it is not clear what her role will be in Mamata Banerjee’s party. One speculation is that even though her base is in Assam, Trinamool is planning to project her as the chief ministerial candidate in Tripura in the next Assembly election there. Her father, late Santosh Mohan Deb, was a Member of Parliament (MP) from Tripura. But she might have competition from Pradyot Kishore DebBarma, who belongs to the Tripura royal family. He, too, left Congress as its state president and floated a new party. He may also join Trinamool provided they make him their chief ministerial candidate. If the Bharatiya Janata Party (BJP) gives him a Rajya Sabha seat in 2022, he could go with them too.

Something strange seems to be happening with BJP MP and former Bihar Deputy Chief Minister Sushil Modi. He is mounting a front against Union Minister for Road Transport & Highways Nitin Gadkari. In the Rajya Sabha, he enquired why revenues of toll plazas were going down and to prove his point he said that between April 2020 and March 31st this year, revenues had decreased by 4 per cent. Immediately, Gadkari objected and pointed out it was not so—that revenues had actually increased by 3.3 per cent. People are calling it an own goal by BJP.

Prashant Kishor was supposed to join Congress but there seems to be a delay in the move. He is part of their strategy group but has not joined officially. It is being said that Kishor is not happy with Rahul Gandhi’s style of functioning. He wants a more active role for Priyanka Gandhi in Uttar Pradesh, but that is not happening yet. In Punjab, too, he is on the side of Chief Minister Amarinder Singh who is being sidelined by the high command. So, he thought it might be better to wait till the Uttar Pradesh polls before taking a decision.

Hamid Karzai, former Afghanistan president, is recognised as a friend of India. He developed a good relationship with Atal Bihari Vajpayee and LK Advani when they led the Government. Once in Delhi, Karzai was at Advani’s residence and expressed his admiration for his host’s jacket design. Advani called his tailor who took Karzai’s measurements and later sent a set of jackets in different colours to him. Advani is now worried after hearing that Karzai is hiding in Kabul with his two daughters and trying to escape to some other country.

At a get-together of all Other Backward Class (OBC) ministers and leaders at BJP headquarters, Jyotiraditya Scindia, who recently became part of the Union Cabinet, was not invited. The gossip was BJP senior leaders didn’t know that even though he is from the family of the erstwhile ruling kings of Gwalior, Scindia is also an OBC leader, an identity never highlighted. Scindia explained to BJP President JP Nadda that they are actually Shindes of Maharashtra, which is a backward caste.

Back to the House?

Ghulam Nabi Azad, who left the Rajya Sabha with such fanfare, could soon return after a long gap. He thinks he could get a nomination from Tamil Nadu’s quota. Congress is willing to give it to him and even the Dravida Munnetra Kazhagam might vote for him. Its leader MK Stalin has reportedly given an assurance to Azad.

Priyanka Gandhi is said to be the one behind the return of Azad. He was part of the G-23 group of dissident Congress leaders, which had made him an outcast from the coterie of Gandhi loyalists. But Priyanka thinks that giving Azad a Rajya Sabha ticket will add one more blow to G-23.

The Monsoon Session was not fruitful in Parliament but now 200 MPs are going to Kashmir in September. Also, eight parliamentary committee meetings are going to take place there. This could include the public accounts, urban development, home, labour, rail, power and foreign affairs committees. So, despite Parliament not functioning inside the House, there seems to be movement outside.

On the occasion of Congress leader Kapil Sibal’s birthday party, all opposition leaders were there, even the dissident G-23 group members from his own party, but one person’s absence has become the talk of the town. That was Sachin Pilot. He has lost his ministry in the Ashok Gehlot cabinet in Rajasthan, but is apparently ready for a truce. He may also get a ministry again. So, no one is sure why Pilot gave the party a miss.