This is Mumbai’s karma, and forever will it remain the same 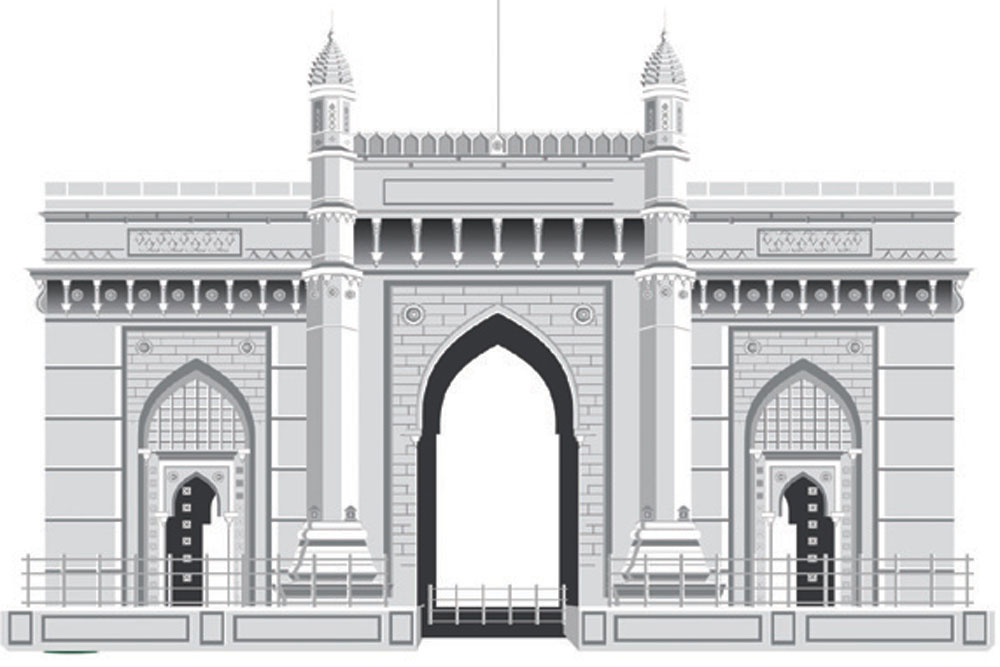 WHEN IT RAINS in Mumbai, it really rains. It seems unbelievable now that till a few days ago, people were scanning the skies for signs that the right clouds were finally getting together. It had come to a stage when the Municipal Corporation was issuing daily dire warnings of lakes running dry. Then suddenly, between 8.30 am on June 4th and 8.30 am on June 5th, over 200 mm of it came down and the city was its usual monsoon self with flooded streets and waterlogging in the expected places. We know them by heart: Parel, Chembur, Khar, Andheri, Jogeshwari, Malad, Dahisar….

There was a time when we used to think that surely in the 21st century, the richest Municipal Corporation in the country could take measures to avoid these annual visitations of disruption. But now we just shrug our shoulders. This is Mumbai’s karma, and forever will it remain the same.

The streets, when you can see past water, bear a strange look that’s halfway between being deserted and being crammed with cars and people. Offices work with reduced staff, buses run with just one passenger allowed per seat, a small number of cars scurry to their destinations. Suburban trains, the lifeline of Mumbai, now run only with essential service staff, and even then, they are overcrowded enough for the authorities to think about staggered working hours. This kind of thing, well-intentioned though it might be, cannot work voluntarily: the authorities will have to do this by executive fiat. Let’s see if that happens, and if it does so quickly. One doubts it, because when quick action is taken, it’s usually without too much thought given to consequences: a few days ago, the police suddenly announced that you were forbidden to travel more than 2 km by car unless it was for official work or emergencies, the idea being to curb unnecessary travel and milling crowds. No one thought of the fact that to enforce this, you would have to check each and every vehicle. The result: massive traffic jams, cars bumper-to-bumper and unnecessary verbal exchanges. All to avoid overcrowding!

CRICKET AT LAST returns to our TV screens, thanks to the England vs West Indies Test series. The first match at Southampton has a surreal air to it with no spectators allowed. Imagine playing an international match to empty stands! We are told players will observe social distancing. So, no high-fives at the fall of a wicket, which takes half the joy out of bowlers’ lives. And they are banned from using saliva on the ball. So what happens to reverse swing? And how do you have social distancing in the slip cordon?

Football leagues in Europe have been in full swing and recently the first F1 race of the year took place, all with no spectators. The English cricket team will be a pale shadow without its not-so-secret weapon, the tirelessly noisy Barmy Army. And what is football without its roaring crowds and lusty singing of club songs? For teams playing at home, their supporters were always like an extra player or two; now, home or away, no one has an advantage. It’s fair, and terribly dull.

THE PAPERS ARE full of news about acute shortage of hospital beds for coronavirus patients, especially so for those needing ICUs. Well, here’s an interesting story from someone I know. He needed to be under critical care, but no ICU beds seemed to be available. Finally, using friendly contacts, he got into one of the city’s smaller, but well-known hospitals. To his surprise, he found that in the facility’s 12 beds, he was the only occupant! That’s not all, the hospital admitted him only after he had paid Rs 4 lakh in advance. Everyone loves making a fast buck, even if it’s by exploiting human misery. There are honourable exceptions, of course. These are the doctors and healthcare workers fighting at the front in this strange war against an invisible foe. Most of them work long hours with no extra compensation, sometimes even without adequate protective equipment.

No one knows when the world will return to normal, but when it does, it cannot, and should not, be the normal we have so blissfully accepted in the past. Slums need to be replaced with proper housing, workers in the casual and informal sector need a social security net, and most urgently, our healthcare sector requires drastic overhauling and upgradation.

To finance this, budgetary allocations have to be shifted from vanity projects of political leaders so that the statues and monuments and showy infrastructure projects now in the planning stage are scrapped. The monuments we need are affordable and well-equipped hospitals, whose primary objective is to treat patients, and not fleece them. Only then will we qualify as a just society.