‘The virus is the one that has the clock, not us,’ says Rosie O’Donnell 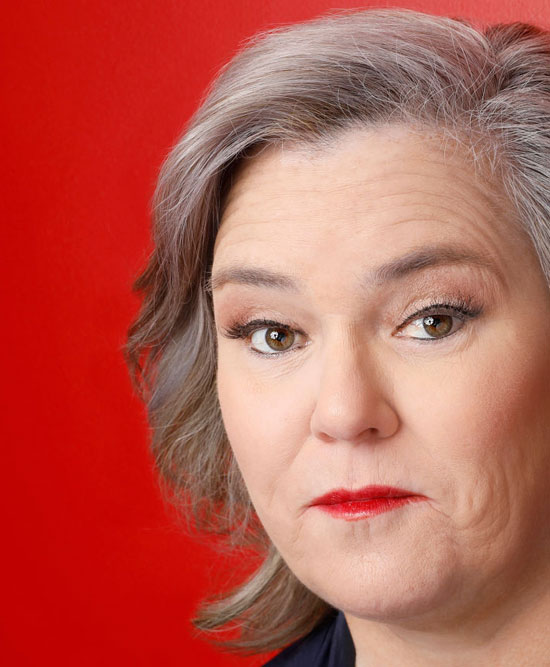 I Know This Much Is True is a limited series on Netflix about a family saga dealing with two brothers. One brother is paranoid schizophrenic and the other is dealing with the loss of his child. Rosie O’Donnell plays the role of a social worker. While she is best known for The Rosie O’Donnell Show (1996), she has kept busy with television series over the years.

Social workers have to have a certain temperament. They have to be the calm within the storm. How did you develop your character?

I was surrounded my whole life by social workers. My mother died when I was 10. And then there was a teacher in my junior high school who took me under her wing and really mothered me and bought me all the clothes that I needed. And she quit teaching to become a social worker. So, I was familiar with a social worker’s job and what it entailed and how much of themselves they had to give to the situation while maintaining calm, because everyone there is in a crisis.

Talking about crisis, how are you dealing with the current lockdown? Do you think the administration has been on top of it?

They dropped the ball and they were not prepared, and they found out in December about this pandemic and for 70 days talked it down and said it was a hoax and lied to the American people as to what was going on in terms of the equipment that was needed to save lives. So, it was definitely mishandled by this administration, on every level, trying to make the governors fight with one another in order to get ventilators that were needed. It just seems that Donald Trump was in over his head, and I’m hoping in November that there will be a change as a result of a lack of leadership and his lack of compassion for everyday life and death. He doesn’t seem to be too moved by what is happening. There are more people dying now than died in the Vietnam war, and at that time we said, ‘Enough is enough, you’re killing too many of our American citizens,’ and we took to the streets. It is much too early for an opening up of the country and I think that we just have to shelter in place. The virus is the one that has the clock, not us, we don’t get to decide.

What are some of the challenges that you are facing personally?

The biggest challenge for me is trying to eat healthy, because when I’m panicky, nervous or depressed or sad, the first thing that I go for is like a sugar treat, cookies or cake. So, eating healthy is a vital part of staying healthy and you really have to participate in your own health, you can’t just sit by and say, ‘I don’t know why I’m not feeling good.’ What I’ve learned during this period is that we have no power over certain things and as frustrating as that is, that’s the truth. And the wisdom to know the difference.

This series deals with mental health issues. I know you are interested in these issues. Is that why you took the part?

Well, I have my own issues with mental health, I suffer from severe depressive disorder and PTSD, which causes different types of anxiety. And I’ve suffered along with my daughter as she has tried to figure out what works best for her and for the balance in her brain. In this series we explore many different angles of mental illness and the family that is the caregiver and the many decisions they need to make and just how hard it is when mental illness touches your family.

What do you think of the President’s mental health?

Well, he lies constantly, and he can’t stop himself from lying even when he’s caught. He still lies. Even if they have the tape of what he said, and they can verify that he did say it, he’ll lie that he did not say it.

Chris Hemsworth: ‘Shooting in India Is like Performing at the Colosseum’