The Toolkit of Dissent

Righteous and unforgiving, the dissident is the new ideologue 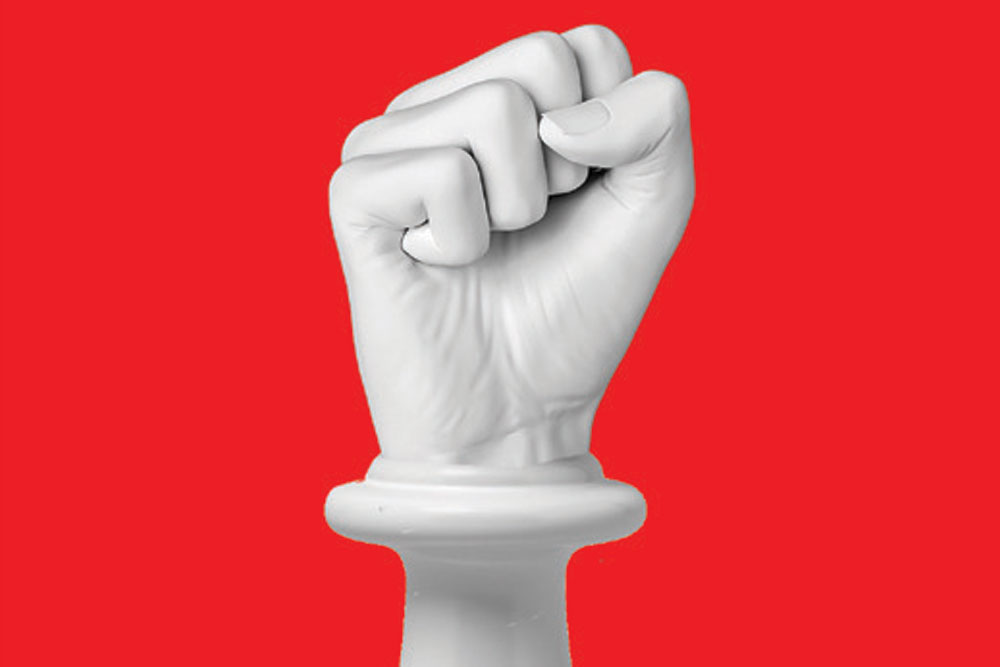 WHEN DISSENT IS what we are talking about, and when governments are generally paranoid about being subjected to a show trial, mainly on social media nowadays, I’m tempted to return to the essay ‘The Power of the Powerless’ by Václav Havel. It was written more than 40 years ago as a hasty manifesto for dissidents living under communism, or what Havel calls post-totalitarianism. I would say it’s still mandatory reading for anyone interested in knowing the moral responsibility that comes with the act of standing up to power. Havel wrote the essay at a time when the “secularised religion” of communism, with its “hypnotic charm”, offered “wandering humankind” a “low-rent home”. The resident of this home consigns “reason and conscience to a higher authority.” In this home, everyone is a variation of the greengrocer who displays a slogan among his wares: “Workers of the world, unite!” Why? He doesn’t think too much about this exhibition of loyalty. It’s a sign of “indifferent conviction”. For him, “ideology is a specious way of relating to the world. It offers humanity the illusion of an identity, of dignity, and of morality while making it easier for them to part with them.” The greengrocer is trapped inside an illusion. The slogan is a talisman for the victim who wants to belong.

What happens when the greengrocer, suddenly one day, takes down the slogan? His action, a defiance and a disruption, is a threat to a system built on a lie, and he himself was living that lie, for the slogan alone defined his identity. The lie is exposed, and the appearance called a deception, when truth challenges power. “Living within the truth”, in a post-totalitarian system, is revolt with a moral responsibility, and it’s from this defiance that the idea of an alternative emerges. By replacing convenient pragmatism with a moral position, you are standing up to the living lies of ideology, and presenting truth as your only ally in the struggle. Still, as Havel, the dissident who led the Velvet Revolution, argues, the revolt doesn’t place the dissident in an exalted realm of resistance. He is just one among those who redeem politics from the ritual of ideology. The dissident happens to be the most articulate, active, and visible manifestation of the independent citizens’ initiative. The most important dissident activity, Havel writes, “one that predetermines all the others, is simply an attempt to create and support the independent life of society as an articulated expression of living within the truth.” Dissent is an anti-ideological rejoinder. The dissident serves the truth. The dissident is an active member of the “parallel polis” that forms an alternative to the ideological model. Havel, even as he changed the world, remained modest about the power of the dissident. But not about the power of truth.

Havel’s dissident doesn’t look dated even as we read his essay in a post-ideological world. In a cruel irony, the Eastern Europe of 2021 has no tolerance for the romance of 1989. It is home to some of the most domineering populist demagogues—among them frontline fighters of 1989 against the Lie—who borrow liberally from the discarded book of ideology. Havel’s essay could be a guide for dissidents in Poland or Hungary, for the lie has staged a remarkable comeback. It’s not just the old communist who offers a “low-rent home” to people trapped in structured worlds of simulated happiness. The post-ideological demagogue too is a retailer of happiness—as long as you are as loyal as the greengrocer with the mandatory slogan displayed in his window. We may not have heard about a new Havel from those places. The courage—and symbolism—of an Alexei Navalny is the story that brings out the power of the powerless today. It’s the story of truth’s determination to outlive the potentate’s poison.

The story is different elsewhere. In two of the world’s largest democracies, the dissident is no longer the truth’s representative pitted against the lie of the state. The dissident is not the one setting the “low-rent home” of ideology on fire. He has become the pillar of a new ideological order, and the last apostle of a new orthodoxy. Righteous and unforgiving, the dissident is the new ideologue. He is the architect of the new “low-rent home” of homogeneous thoughts—stay there or be damned. He could be a vocational activist in a wretched country with no justice, and no mercy; he could be the only arbiter in the arena of difficult arguments; or he could be the permanent victim in search of convenient persecutors. In his “parallel polis”, there are only certainties. Dissidence has become the new ideology. The tools in his metaphorical kit are bought from the second-hand shops of causes.

The supreme irony of it all: the new dissident has snatched the slogan from the greengrocer.