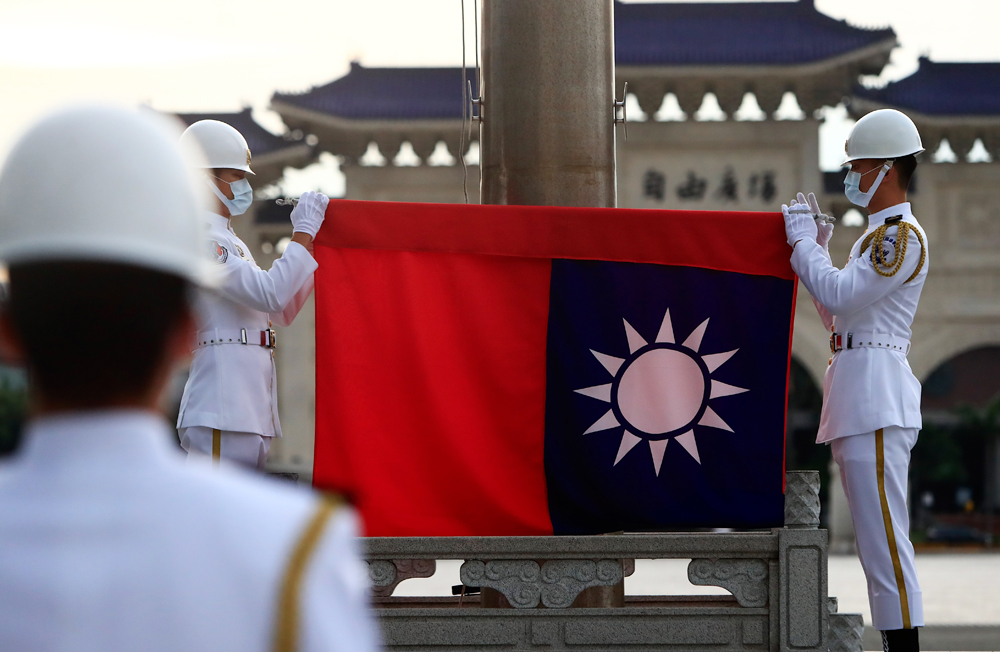 
Authoritarians have a common trait—legacy-seeking. The reunification of Taiwan is one such legacy successive leaders of China since Mao have been seeking. “If we can’t reunify China the right away, we will do it in a century; if not in a century, then in a millennium”, Deng Xiaoping declared when the news about the Taiwanese dictator, Chiang Ching-kuo, allowing Taiwanese nationals to visit China was revealed to him. If authoritarians have shades, Deng could be called a moderate authoritarian. Yet, on the question of the reunification of Taiwan, he was as firm as his predecessor Mao. The present supreme leader Xi Jinping seemed even more determined on the Taiwan question.

Hong Kong and Taiwan were the sore points of history for the Chinese nationalists. In the First Sino-Japanese War of 1894-95, the Qing rulers were defeated and lost important territories like Shanghai and Qingdao to imperial Japan. Adding insult to injury, the Qing emperor Li Hongzhang was forced into signing away Hong Kong to the British in 1897 and Taiwan to the Japanese in 1898.

One of the missions of the Chinese People’s Liberation Army was to liberate China from the humiliation heaped on it by the “traitor” Qing emperor by reclaiming all the leased-out territories. During his tenure, Mao had reclaimed Shanghai and Qingdao besides annexing Tibet. Once in control, Deng started working towards the reunification of Hong Kong and Taiwan. He could complete the process for Hong Kong’s return before passing, which came back with conditions to China in 1997. Xi wants to complete the agenda by annexing Taiwan.

Although the reunification efforts did not succeed, both Mao and Deng achieved substantial progress on the Taiwan front during their rule. Mao had successfully negotiated China’s way into the United Nations replacing Taiwan in 1971. In 1980, Deng had managed to convince World Bank President Robert McNamara to replace Taiwan with China as the sole representative of the Chinese people. Efforts of Mao, Chou En-lai and Deng had resulted in the United States meekly capitulating before China. It derecognized Taiwan and established formal diplomatic ties with the Communist PRC in 1979 in its place following China’s insistence on the “One China” policy. Many countries followed suit. Today, Taiwan is left with only 15 countries in the world, most of them insignificant and small entities, that have diplomatic ties with it officially.

Deng made a serious effort for unification in 1995-96 when the Chinese PLA had launched missile attacks into Taiwanese waters and made elaborate preparations for Amphibious landings. The immediate provocation was the prospect of the re-election of the pro-independence Democratic People’s Party (DPP) leader Lee Teng-hui in the elections to Taiwan’s parliament in March 1996. Bill Clinton’s determined resistance by way of deploying two aircraft carriers—USS Nimitz and USS Independence—had prevented Deng from going ahead with his plans. His missile attacks, just around election time, yielded opposite results. Instead of intimidating the Taiwanese voters into supporting the pro-unification Kuomintang (KMT), the attacks led to a much bigger victory for President Lee.

Twenty-five years after that crisis, the Chinese leadership is not only equally determined to complete that agenda, but also better equipped to do so. Xi Jinping had announced in 2017 that “complete national reunification is an inevitable requirement for realising the great rejuvenation of the Chinese nation”, and firmly dismissed the present cross-strait relationship saying that it “cannot go on from generation to generation.”

In his widely followed speech at the CCP centenary event earlier this year, Xi reiterated: “Resolving the Taiwan question and realising China’s complete reunification is a historic mission and an unshakeable commitment of the Communist Party of China. We will uphold the One China principle and the 1992 Consensus, and advance peaceful national reunification.”

In public, Xi stuck to the line adopted by the Party in 1979, shifting from “liberation” to “peaceful reunification”. But the PLA has not forgotten 1996 when the presence of American naval power had forced the weaker PLA Navy to retreat. Over the last 25 years, the PLA has strengthened the naval wing substantially. Despite an ostensible commitment to “peaceful reunification”, China is well-prepared for a military takeover too. Philip Davidson, Commander of the US Indo-Pacific Command until last year, had predicted recently that China would be in a position to successfully annex Taiwan in the next six years.

Undoubtedly, Taiwan is staring at the most critical phase of its survival as an independent nation. Although a huge consumer of the US warplanes and other weapons, the Taiwanese army may not be a match to the PLA. It depends heavily on the US and its allies for protection from any military aggression by China, which has developed enough capability to neutralise any threat from US military bases in the Western Pacific. Its technological and cyber superiority is going to be a challenge in the event of any conflict in the Taiwan Straits.

The ASEAN nations, most of which share maritime borders with China, are reluctant to take sides. An unnamed official from ASEAN told the Atlantic magazine recently that asking them to choose between the US and China will be like asking to take sides between the mother and the father. “Asia-Pacific countries do not wish to be forced to choose between the US and China. They want to cultivate good relations with both. They cannot afford to alienate China,” Singapore Prime Minister Lee Hsien Loong said bluntly in an article last year in the Foreign Affairs magazine.

That leaves Quad partner countries like Japan, India and Australia to come forward to help the US in case conflict breaks out in the Taiwan Straits. Japan has all along been a willing partner with the US. But Australia and India might find it difficult to decide about their role.

For India, it will be Hobson’s choice. The Chinese strategists seem to have anticipated the role India could play in the case of hostilities between their country and the US and wanted to pre-empt it by bogging it down in its immediate neighbourhood. India is already militarily engaged with China in the Ladakh region. The second front—the Pakistan theatre—is also boiling up with the resurgence of the Taliban in Afghanistan. Compounding India’s challenge, a majority of its neighbours today have regimes that are either overtly tilted towards China or increasingly being drawn into its economic bear hug.

However, India being the world’s largest democracy cannot afford to sit back in the event of a Chinese effort to rob Taiwan of its independent and democratic existence. Taiwan is an important trade partner with India with bilateral trade exceeding $5 billion. Not having formal diplomatic ties due to its validation of the One China policy did not deter India from maintaining goodwill and good relations with Taiwan.

The only pragmatic solution for the Taiwan issue would be for China to stick to Deng’s line of “peaceful reunification”, waiting for the Taiwanese people to make up their minds either way. Since Xi has reiterated his commitment to a “peaceful” resolution, the world should put pressure on China to walk the talk. Only a combined effort by the Western and European powers, together with the Indo-Pacific powers like India, Japan and Australia can make China desist from any military misadventure in Taiwan.