What makes you enjoy your green chilli so much 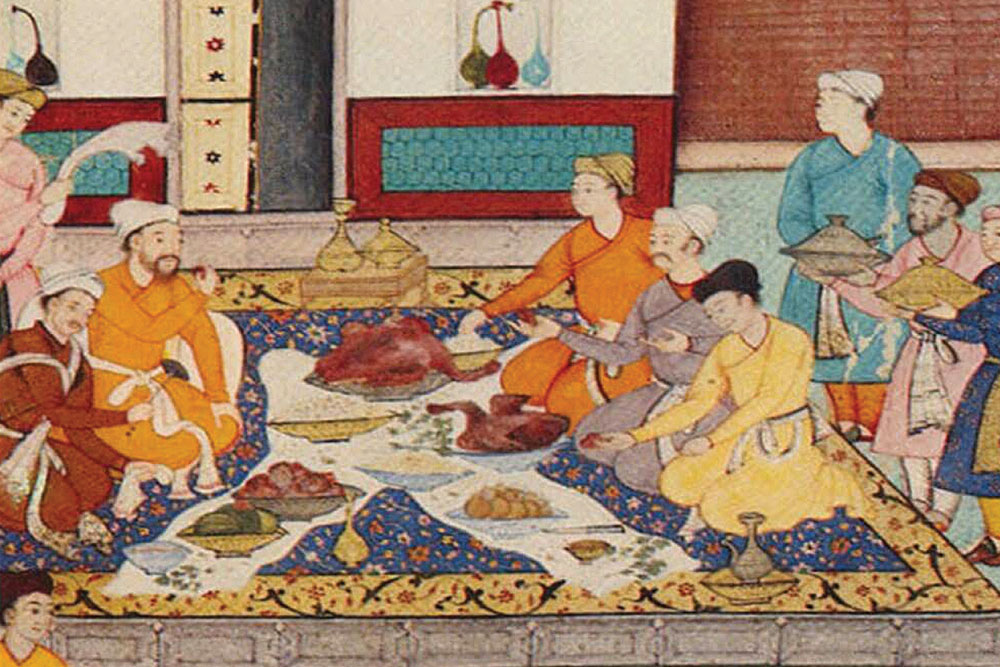 WHAT INFORMS A cuisine’s choice of spices and how are they used? Why do some cultures like fiery cuisines while others don’t? An oft quoted reason is that climate is the deciding factor. Spices are used in hot and tropical countries like India to stave off bacterial infection. A spice is a dried plant product used in flavouring food and drink. Most regional cuisines in India use some combination of cumin, mustard, pepper or chilli, and garlic and/or onion (classified as spices by some but not by others).

Each spice has a unique aroma and flavour, which derive from compounds known as phytochemicals or ‘secondary compounds’ (because they are secondary to the plant’s basic metabolism). Most spices contain dozens of secondary compounds. These, say researchers, are the plants’ recipes for survival.

Studies have shown that spices have the capacity to kill bacteria. This is how it works: during evolution, pepper plants developed capsaicin synthesis as a biological weapon to protect themselves from herbivores, but not birds who also spread the plant’s seeds. Spice use in cooking borrows this concept of a biological weapon to minimise the impact of microorganisms that colonise our food. Black pepper inhibits a deadly bacterium, clostridium botulinum. Studies by microbiologist Bhawana Pandey and others have found that turmeric, clove, pepper, ajwain and dalchini have significant antimicrobial effects.

If climate is the main determinant of spice use, we should expect to find that more spices will be used in hot climates where there is no air-conditioning and the food spoils quickly. J Billing and PW Sherman analysed 93 traditional cookbooks from 36 countries and quantified their use of spices. They found that as the average temperatures increased, there were significant increases in the number of recipes that called for at least one spice and an increase in the number of spices used in a dish.

They pointed out that India’s cuisine included 25 spices when an average of about nine were called for per recipe. Whereas Norwegian cuisine included only 10 spices and called for an average of 1.6 per recipe. But how do we explain the use of chillies in the cooler parts of India? India’s hottest chilli (dalle khursani) grows in Sikkim, which has a cooler climate than many other parts of the country.

Others like Arpad Szallasi express scepticism about capsaicin inhibiting E coli bacteria, saying such inhibition occurs only at very high concentrations (300µg/mL). Food usually doesn’t contain such high amounts of capsaicin. Why some cuisines consume more hot pepper especially in the tropics is still a puzzle, he says.

Moreover, climate alone cannot explain the yen for spicy food. Korea and Japan have similar climates, but Korean food is far spicier. Climate, in combination with historical factors, may explain it better. The reason why Korean cuisine is spicy and uses chilli pepper is because its climatic conditions—a hot summer and a long harsh winter—traditionally promoted fermentation as the main cooking method and salt as the main preservative for the grains and vegetables prominent in their diet. However, the introduction of chilli pepper (arriving from the Americas via Japan) in the 17th century revolutionised Korean food and made it the spicy, pungent and intense cuisine it is today.

One theory is that Koreans adopted chilli pepper in the late 17th century after experiencing a period of intense Ice Age-like cold weather that disrupted salt production and hit food crops. The resulting famines and shortages of salt in that period may have promoted the adoption of chilli peppers. Climatic factors created changes in habits and thus influenced spice use in Korea.

Maanvi Singh writes that heavily spiced dishes with potent combinations of mace, cloves and nutmeg were the favourites of the tastemakers in Europe in the Middle Ages. But as spice prices plummeted in Europe in the 1600s, spices became widely available, and the imperial and aristocratic palates began to emphasise dishes with few spices and the focus was on bringing out the purest essence of the basic ingredient. Snobbery, she says, erased the thrill of spice from European palates.


Cooks of early Mughal emperors like Babur, Humayun and Akbar in India rarely used green or red chillies in the food. Black pepper, salt, saffron and lemon were the main spicing agents in their biryanis and pulaos, kebabs and koftas

In India, however, there seemed to be a different trajectory for the imperials. Cooks of early Mughal emperors like Babur, Humayun and Akbar in India rarely used green or red chillies in the food. Black pepper, salt, saffron and lemon were the main spicing agents in their biryanis and pulaos, kebabs and koftas. With Jahangir’s ascension in 1569, we begin to see the use of ginger, black cumin and poppy seeds in the lamb kebabs and fish patties. Shah Jahan’s kitchen used cumin, fennel, ginger and garlic paste, coriander powder and mint in harisa badshahi (broken wheat and lamb cooked to perfection). From this period, green chillies enter Mughal cuisine and stay, unlike in European haute cuisine.

Climate and history are not the only terms in the equation. Availability, including the ease and low cost of some spices, has been cited as a reason for their use by a population. Chilli pepper was introduced to India from the Americas in the 16th century as a replacement for long pepper. Though it is usually hard to change peoples’ food habits without dramatic events such as cold or hot spells, change in rulership, wars and famines, the Indian populace adopted chillies more easily because chilli plants grew wild and were inexpensive and easy to tend as compared to pepper. These days, however, with the global network of trade and the ease of ordering online and the speed of delivery, availability is not as much of a factor in determining spice use.

Researchers, in fact, have found that there is no relationship between the countries in which a spice plant grows and the countries where the spice is used. It brings us back to the question: why are some spices used more in some geographies but not in others?

Let’s examine spice use in India, Korea and Japan again. When we think of the cuisine from the three countries, we think of spicy curry, kimchi and sushi. The combinations of spices that are used vary highly between the three. It turns out that Korean and Japanese spice use favours the flavour principle of negative pairing (the more the compounds shared by two ingredients, the less likely one is to find them together in the same recipe). What differs between these countries is the choice of the spices used and the combinations they are used in.

In India, ginger, garlic, cardamom, coriander, mustard, red chilli, curry leaf and fenugreek are commonly used in Unani recipes. Ayurveda too uses a similar list but adds cumin and turmeric. Korean cuisine favours red pepper, black pepper, mustard, garlic, onion, ginger and scallion. Japanese cuisine however uses fewer spices. Wasabi, togarashi (hot red chilli peppers) and shoga (ginger) are used but their use of chilli pepper is not in the same league as the Korean. The Japanese, who were responsible for introducing chilli peppers to Korea, prefer to use soy sauce as the flavouring ingredient in many of their dishes to create a balance of sweetness, acidity and bitterness.

The flavour principle also explains why the same spice can be used differently and create different flavours. Let’s take the example of chilli pepper. The way we in India use chillies in combination with other spices is very different from how the Mexicans (the land of the hottest chillies) use it. The profile of a Mexican dish that uses chillies in combination with cilantro, cumin, coriander, garlic, oregano, cinnamon and allspice produces a very different taste as compared to an Indian dish. Mexican cuisine follows a positive flavour pairing, which means they use several ingredients that share similar compounds. Mole, a trademark dish from Mexico, has onion, tomatoes, ancho chillies, chipotle chillies, garlic, cumin, cinnamon, raisins, bittersweet chocolate and almonds. A good mole has a depth of flavour and a great balance between fiery and sweet but nobody would eat mole and identify it as a dish from India.

Historical factors add another wrinkle to the story of spice use. Think of bland British food prior to its coloniser days. Then the hybrid cuisines of the colonial era (mulligatawny soup and dopiazas). Now think of Britain today where curry reigns supreme. Climate can’t explain the change in spice use here. Once changed, can their palate return to the non-spice avatar? These and other questions about spice use are being probed by food scholars like Rushina Ghildiyal in her Instagram page, Spice Chronicles.

Even if a cuisine uses red hot chilli peppers, the tolerance for it varies within the same nationality. I cannot eat a green or red chilli, but several of my friends enjoy it. They welcome the burn, in fact they crave it. Psychologists have a term for it—hedonic reversal or benign masochism. Something happens in them that changes a negative evaluation into a positive one. Scientists are still trying to work out what causes it.