The Significance of Onam 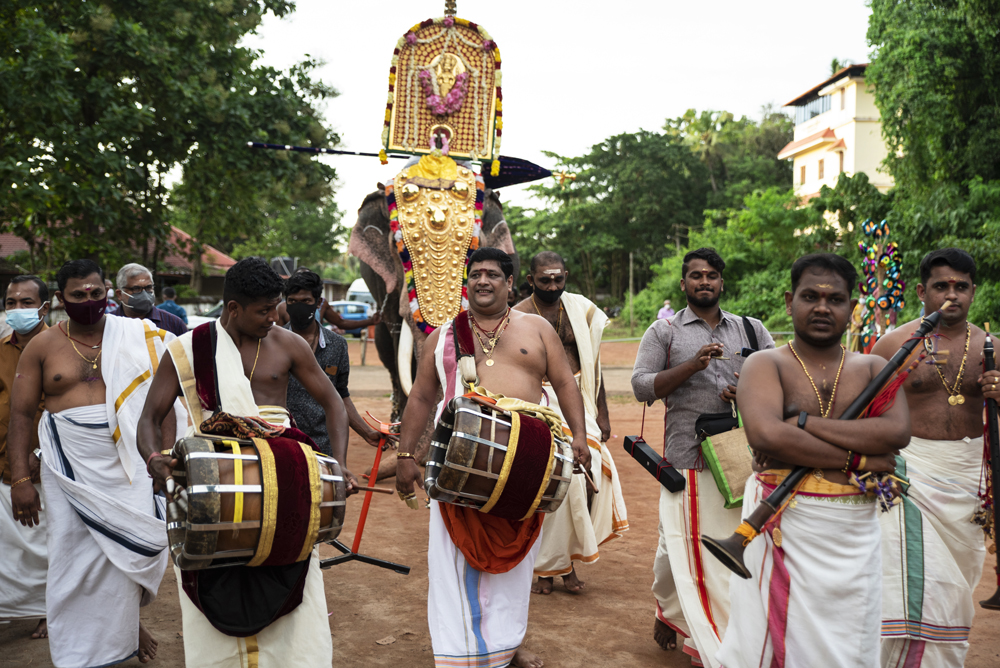 
Shri Maha Vishnu is the one in charge of Preservation in the Hindu Trinity, with Brahma taking care of Creation, and Shiva, Destruction. The celestial job of Maha Vishnu consisted of looking after Brahma’s creations. There are ten avatars or incarnations of Maha Vishnu. They are the Matsya (fish), Koorma (tortoise), Varaha (boar), Narasimha (man-lion), Vamana (the little man), Parashurama (the annihilator of corrupt kings), Shri Rama (killer of Ravana), Balarama (the first settler, elder brother to Shri Krishna, the ninth and the most complete incarnation). Taken together, the Dashavatara or the ten incarnations, depict the very evolution of life, with life beginning in water, as science independently corroborated. It is with Vamana that the incarnations become fully human. The story of Onam goes thus.

Mahabali (colloquially known as Maveli) was a wonderful king. He was of the asura kula. Sura meant the various deities of Hinduism. A-sura, literally meant that which was not sura. Later, it has come to mean demon. It is interesting to note that both suras and asuras have descended from sage Kashyapa and his two wives, Diti and Aditi. Much like the cartoon characters Tom and Jerry, while the suras and asuras are constantly at loggerheads, it would seem that they could not do without each other either!

The Vedas worshipped a different aspect of divinity. Much like human beings, the divinities too had their “ups and downs”. According to the circumstances of the worshippers, the fortunes of the worshipped changed over a period of time. Indra, the Rain God, was the chief of the deities. This showed the importance of rainfall for largely pastoral land, which India still is. The importance of correct changes of seasons was crucial to the welfare of the land. Even though he was the lord of the devas, Indra was prone to bouts of intense lack of self-confidence. The reason for this is that a person with the highest virtue is chosen to be an Indra by Brihaspati, the guru of the devas and Brahma. Thus, having been an Indra is no guarantee of continuing as one! This ancient flavour of “democracy”, choice and a possible change was enough for Indra to tremble at the very name of Mahabali. Indra went to Maha Vishnu and begged him to rein in the power of Mahabali. The greatest strength of a ruler is the love and confidence of the people he or she rules over. Mahabali had that love and trust. He was a Praja Kshemaikanirathan, or a leader whose only interest was the welfare of his people.

To oblige Indra, Maha Vishnu took on the shape of Vamana, a tiny Brahmin boy, who went to Mahabali asking for alms. It was the habit of kings of the past to give alms to Brahmins and the needy as it would accrue into their bank of good karma. Helping the disadvantaged is good in every religion and philosophy.

The Brahmins were the custodians of knowledge. Their life was intended to be spent in the pursuit of knowledge rather than wealth. It was the custom of kings to donate generously to these people so that the daily needs of the Brahmins were met from those gifts. The kings, the ones who were in charge of the protection of the people, would thus indirectly preserve the tradition of gathering knowledge too. Mahabali was famed for his generosity. The diminutive Vamana went to him and on being asked what Vamana needed, replied that he would like a gift of just three feet of land, this being measured by his own petite foot! Mahabali was willing and— as he thought—able, to give much more than that!

Shukracharya, the guru of the asuras, however, had his doubts. There was something too good to be true about this charming and self-effacing Brahmin boy. He warned Mahabali to be careful of the boy, to no avail. Mahabali had given his word and it was unseemly of a king to renege on his word. Every Indian ritual of daanam (gifting), required pouring of water before the actual handing over of the gift. Desperate to save his student as well as to protect Mahabali, Shukracharya hid himself in the spout to the kindi, the vessel from which water was poured, so that the required flow of water would be blocked. Alas! A stick was pushed down the spout by a clueless Mahabali to “unblock” it, resulting in Shukracharya losing one eye as the sharp end of the stick poked it out.

To the amazement of the royal court, Vamana grew in size. With one foot, he covered the earth, with the other, the heavens. Where was he to place his foot to get the promised third feet of land? True to his nature and ever mindful of the value of his given word (much like Maha Vishnu’s own incarnation, Rama, yet to happen then), Mahabali bowed down to let Maha Vishnu place his foot on his head. This gigantic form of Vishnu is called Thrivikrama.

Maha Vishnu pushed Mahabali to rule in Sutala, part of the nether world, as its king. Pleased with Mahabali’s greatness, Maha Vishnu allowed him to come once a year to visit his beloved subjects. Onam is a festival that commemorates this visit of the asura king. People dress up in new clothes, feast, sing and dance to convince the king that his kingdom is still like the way it was during his regime!

It is interesting to note that Onam, the state festival of Kerala, celebrates the advent of Mahabali rather than the birth of Vamana. The good deeds of the perfect king Mahabali have lived on for so long that he deserves this honour. Vamana avatar is also notable in that there is ample respect for Mahabali in the behaviour of Maha Vishnu. At no point is the deposed king Mahabali mocked at or ill-treated. It is the Almighty who comes for alms to the asura! There is no hesitation in

Maha Vishnu’s part to ask Mahabali for three steps of land. Here, Mahabali is the bountiful giver and the Supreme God, the receiver.

There is nothing as great as the all-powerful divinity. It would have been a matter of seconds for Maha Vishnu to destroy Mahabali, either before he was removed from kingship or after it. Mahabali was sent with respect as the ruler and not a mere inhabitant of Sutala. The Vedic hymn “Shri Suktham”, older than the Ramayana and Mahabharata by centuries, also mentions the word “rashtra”. The idea of nationhood, though not necessarily in the present-day geographical context, was not alien to the ancients of this timeless land.

It would be wonderful if those who wielded power learned from the humility of the ancients. Action, or karma, decided the worth of a person, not position. Mahabali’s life shows that someone could have a differing point of view, be in a weaker position, yet be treated with respect and not the contempt and hatred which sadly seems to be rampant now among those who vanquish others in society.