The Shape of God 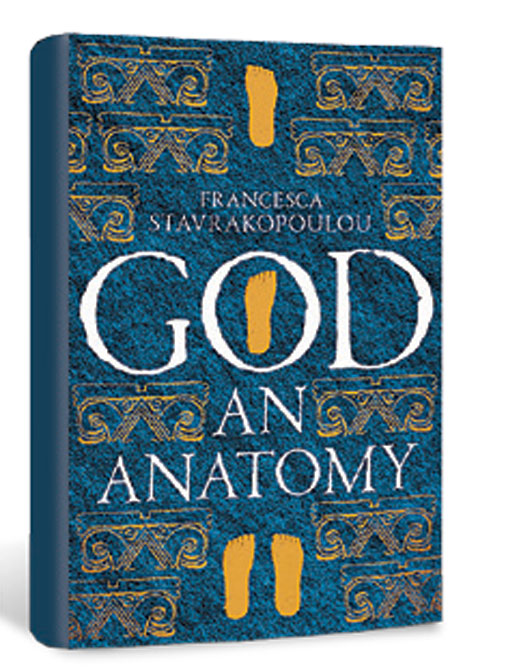 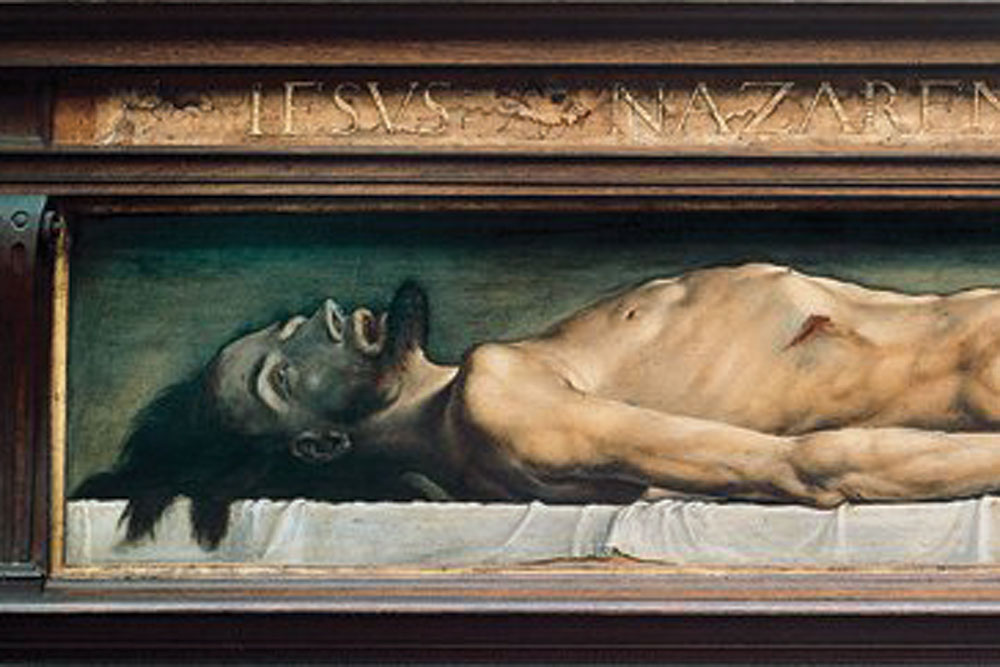 The Body of the Dead Christ in the Tomb by Hans Holbein the Younger (1521) (Courtesy: Kunstmuseum, Basel/Bridgeman Art Library)


WHAT DOES GOD look like? Those who have watched The Ten Commandments are too blinded by the brightness to see the face behind the booming voice. Popular culture, if we exclude the multitudinous exuberance of faith in the East, is of little help. Theology abhors the question, scoffs at it as a subversion of scripture. The sacred and the abstract go hand-in-hand, in pursuit of the Supreme One, whose presence throbs in every living being. God is the First Idea, multiplied by life itself. To make Him familiar, imagine Him in the certainties of a human shape, is to humanise Him by the standards of the living, which are far from being godly. The Divine is incorporeal, or that is the post-Biblical wisdom passed on to the faithful and the sceptic.

Here comes Francesca Stavrakopoulou, a professor of the Hebrew Bible and ancient religions, with a mould-smashing thesis on the human shape of the Almighty. Her God, culled from Biblical texts and pre-Biblical cultures and narratives, is the perfect human, in every anatomical respect. With the precision of a theological surgeon, she dissects the divine, and takes the reader on a guided tour of God’s body parts. The sacred could not be more sensational than God: An Anatomy (Picador, 608 pages, £25). By mapping the body of the deity, the process a thrilling anthropological as well as theological journey, she aims to bring the divine intimately closer to the believer—and to all those who find religion as the ultimate storybook: “By virtue of having a body, (God) endured as a powerful social agent in the lives of his worshippers across the centuries of the Bible’s formation.” The book introduces “the real God of the Bible” in all His physical splendour.

Stavrakopoulou begins with His feet and legs, studies His genitals, marvels at His torso, describes His arms and hands, and, with a flourish rarely seen in narrative scholarship, ends with His head. This full-body exploration of God takes her to the ancient sites of the Levant, to Jewish mysticism and Michelangelo’s marble depictions, and to the farthest recesses of faith, crossing geographies and cultures. She adds flesh and bone to the abstract and the exaggerated, debunks with a blasphemer’s delight and enlightens with a devotee’s curiosity.

Stavrakopoulou’s God who walks in the Garden of Eden has “sensational feet”, setting the visual standards of His sexualisation, His masculinity. The fetishisation of God’s feet—the earth was His footstool as described in the Book of Isaiah—was a way of humanising Him. “God had always been a sexual deity. And in the Bible, he had the genitals to prove it,” she writes. Traditional interpretations, both Jewish and Christian, covered the corporeal with the metaphorical, denying God His sexual appeal. The prophets Ezekiel and Isaiah notice the Godly Groin, and the latter employs a Hebrew term, shul, to describe the “lower extremities” of God. “The scale of Yahweh’s genitalia is to be expected—not only because it belongs to a supersized body, but because Yahweh’s cultural father, the aged deity El, was similarly well equipped.” The God of the Bible is a far cry from the religious imagination that has made Christ “tantalisingly chaste and sexually innocent”. Divine erotica has a Biblical ancestry too, and to make her case, the author argues that God’s penis “was the corporeal manifestation of the divine thrust of all life—heavenly and earthly, cultural and social—in the cosmos.”

This anatomisation of God has a higher purpose. Stavrakopoulou wants to revive the God killed by those philosophers and Biblical scholars who preferred a phantom to a God of sculpted masculinity. Lofty pedagogy turned the anatomical features of God into “complex metaphors and multi-layered allegories, pointing to higher, esoteric truths.” By celebrating the “fleshy wonders” of the sacred, the author of this wild journey of a book that restores the balance between the divine and the material tells us how lucky we are in having a god like us. “A god who felt and fought and loved and lost. A god who sometimes failed and sometimes triumphed. This was a god more like the best of us and the worst of us. A god made in our own image.”

Stavrakopoulou’s God has a relevance far beyond Biblical societies. No Hindu needs an introduction to humanised gods. The Hindu draws his spiritual sustenance from multiple incarnations of the divine. Still, God’s custodians would like to keep the distance between the deity and the devotee intact. Some even arm their vengeful god with the sword of retribution. Once you finish this cultural thriller by Stavrakopoulou, you can’t resist the question: Has our challenge always been to become better than our maker?