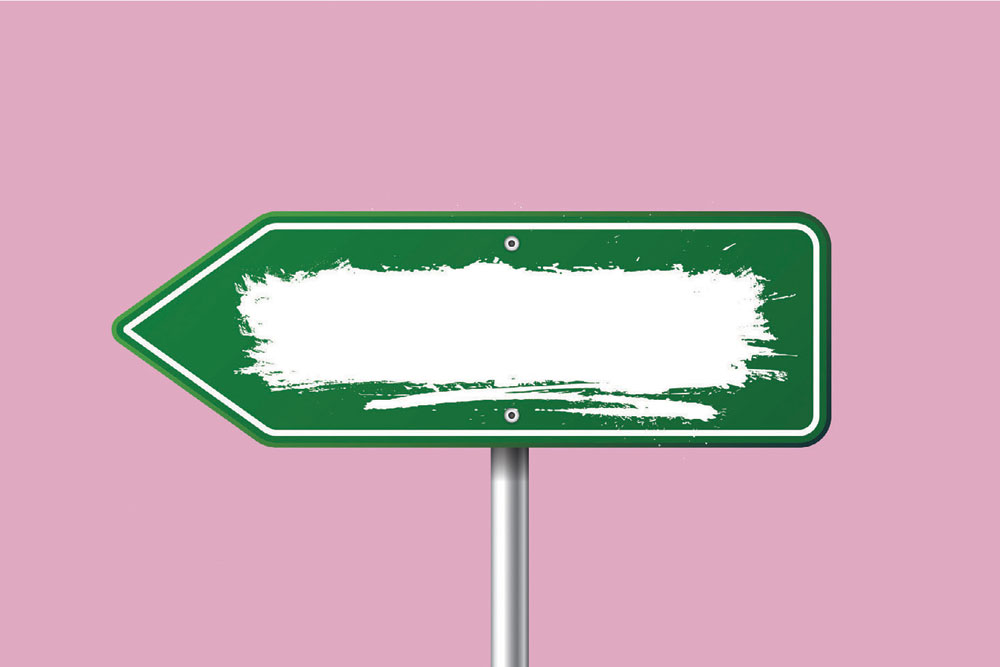 
THERE IS A LOT of righteous rage in the world, although ‘righteous’ is a shapeshifting shadow of an adjective. From Brussels to Bombay—oops, I mean Mumbai, statues have been toppled, cities renamed, books banned and words rewrought. Much of this erasing and refashioning is done in the name of righting wrongs, of setting the record straight, of telling the ‘truth’.

The targets of revision have usually been less than salubrious: symbols of prejudice running the gamut from race to religion. A statue of Belgium’s King Leopold, the uber nasty colonialist of the Congo who ordered the hands of his enslaved rubber-tappers be cut off when they failed to meet quotas, was removed from a public square in Antwerp last year. In the UK and the US, the statues of a smorgasbord of white supremacists, slave-owning nasties—the past luminaries that the contemporary West owes its present global pre-eminence to—have been attacked.

In August, Oxford University’s Faculty of Oriental Studies announced a change of its name to the more politically correct Faculty of Asian and Middle Eastern Studies. In 2020, a London road, formerly known as Havelock, named after an East India Company general, notorious for his brutal suppression of the 1857 ‘mutiny’ in Kanpur, was rechristened Guru Nanak Road. Three quarters of the residents of Southall, the area where the road is located, are of South Asian descent.

Changing names is something London would do well to take notes on from the grandmaster of the art: India. Here, the renaming of cities and streets has become so common that I’ve begun to experience cartographical aporia even in my hometown of Delhi. The Indian capital receives some 300 requests every year to rename roads and parks after deities, local politicians, Army personnel and even Bollywood actors.

The names of things give them shape. And so, to find the city and the country beyond increasingly re-labelled is akin to having swathes of the geography of my childhood erased. It’s like I can’t trust my own memory anymore. My personal history has become unreliable.

The funny thing about the past is how it is not past at all, but present. History is a contemporary protagonist, defining the present as much as it is defined in turn by the present. What went and what goes dance a tango, feeding off the energy of each other, taking turns to lead, encouraging a pirouette here and a sidestep there.

So, how should we proceed? Take down the statues? Or keep them standing? Rename the roads? Or leave them be? How do we best deal with the inevitable partiality of ‘truth’? With the slipperiness of history?

The only sane path forward is to acknowledge clashing perspectives. We are all good and bad, and plentifully grey in between. How about we leave the statues up and contextualise them to get at the ways in which their symbolism has changed over time? To help understand, in other words, how ‘history’ works. How it is not a static fact, but something that is created by the implicit norms of the beholder.

As for roads, if you have to rename them, how about plaques that allude to the other names that went before? I found a great example of this in the city of Toledo, near Madrid. An unremarkable bylane was transformed into an emblem of the city’s syncretic history by a street sign. The lane is called San Pedro (Saint Peter), but a plaque under the street name, listed all the other names that this narrow lane had historically been known as: 1187: Darb Ibn Muhriz; 1200: Darb al-Amin Jayr; 1232: Darb al-Amin Abu-I-Jahr; 1321: Adarve de Atocha; and, 1554: Callejón de San Pedro.


A sign like this sings the storied past of the city. It’s difficult for a visitor to see the street in the same way as having read it. Toledo was once a fortress of the Emirate of Córdoba—a medieval Islamic kingdom founded on the Iberian Peninsula in the mid-8th century. Muslim rule over parts of Spain and Portugal lasted for some 700 years. Toledo was also home to a flourishing Jewish population that coexisted for centuries with Muslims and Christians.

As for roads, if you have to rename them, how about plaques that allude to the other names that went before? I found a great example of this in the city of Toledo, near Madrid. An unremarkable bylane was transformed into an emblem of the city’s syncretic history by a street sign. A sign like this sings the storied past of the city. It’s difficult for a visitor to see the street in the same way as having read it

In this city, Christian, Jewish and Muslim scholars worked together, heads bent over the Greek classics that they translated into Arabic, Latin and Hebrew. Even after it was reconquered by Christian ruler Alfonso VI in 1085, many Muslims continued to live in Toledo. In the 12th century, for example, an Italian-origin scholar and translator, Gerard of Cremona, worked with a Muslim colleague, Ghalib the Mozarab, translating more than 80 works of astronomy, mathematics, medicine, philosophy and logic into Latin. It was one of the great revivals of scholarship in Europe, referred to sometimes as the Twelfth-Century Renaissance.

Just a single, low-tech, rectangular street sign in Callejón de San Pedro spoke of this history almost as eloquently as an entire museum would have.

Speaking of museums, I also had the opportunity to visit a small museum in Los Angeles recently. Called the Wende Museum, it’s housed in a former atomic bomb shelter that was built in 1949, in anticipation of a World War III Soviet airstrike. Today, it is home to a quirky collection of Cold War artefacts and memorabilia, from Lenin busts to typewriters.

The exhibition I visited was titled ‘Questionable History’ and it pretty much attempted to do what the title suggests. Here is a description from the catalogue: “This exhibition explores the boundaries and grey zones between objective facts and subjective interpretations and invites viewers to ask critical questions about reality and fiction. Is history a story we tell? Do facts speak for themselves?”

The section titled ‘In Search of Truth’ displayed artwork alongside contrasting interpretations of it. A 1955 painting titled The Divorce, by Soviet artist Alexei Solodovnikov, for example, had two, completely divergent, “explanations” on either side of it.

One read: “A lone man sits in the center of the painting as a despondent woman and the young child who comforts her are seen in the background. The scene portrays the legal settlement of a divorce in the countryside…the artist criticizes the effects of ‘progress’ and ‘modernization’, ideological catchwords in Soviet society…”

The other: “A lone man sits in the center of the painting as a despondent woman and the young child who comforts her are seen in the background. In this work, Solodovnik radically breaks with the principle of ‘conflictlessness’ that defined the visual arts under Stalin…By highlighting the modernity of the protagonist through his fine clothing… this work suggests that progress can only be obtained through necessary societal conflict.”

In another corner of the museum was the ‘What Do We Know?’ installation that emphasised what it is that we do not know about the works on display. I was instantly in love, not knowing things being my specialty, and knowing that I don’t know things, my badge of honour.

I think there is a good case to be made for Wendifying statues, museums, indeed anything where ‘history’ is showcased, because in the end the only way to understand the truth is to understand how we know so little of it.