The Ram Who Raised the Bar 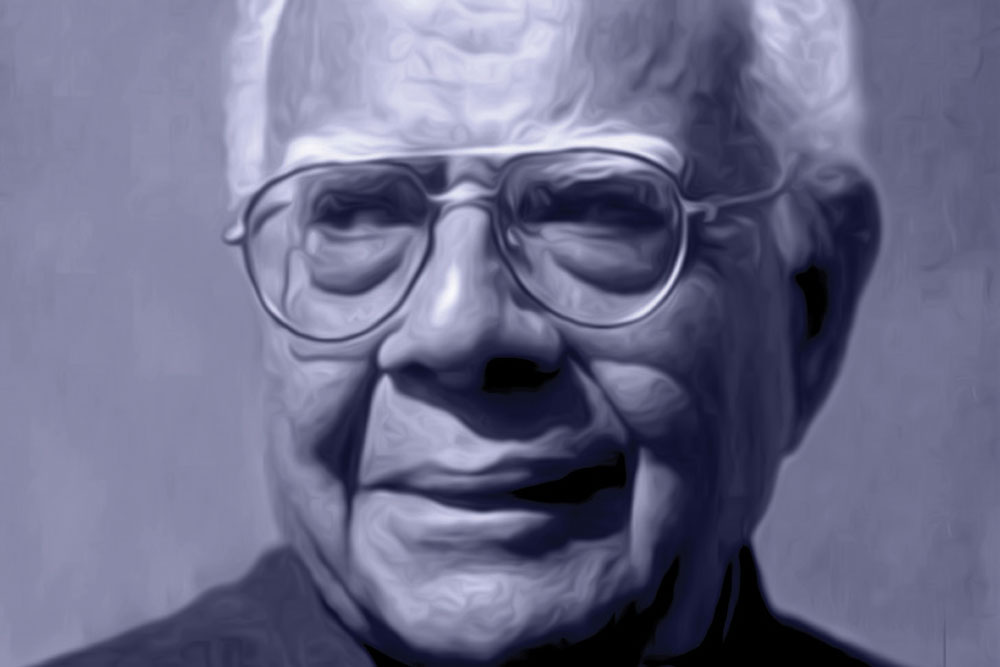 FOR A ROOKIE journalist in Delhi in the 1980s, as I was, the suggestion of being given the ‘law beat’ would send shivers down the spine. The problem was not with access to courts, which were open in those days. But
the language of the world of law was fearsomely arcane—or so it seemed.

Until I met Arun Jaitley, then in his early thirties, who’d come to the magazine office where I worked to see a colleague. As the colleague got caught up in some meeting, he’d told me to have a chat with this “bright young lawyer” and an “ex-Emergency detenu”.

In the half hour we spent talking, I was much taken in by Jaitley’s wit and his ability to make everything appear to be light, including legal issues. After a few more meetings, I requested him to introduce me to some legal heavyweight. My favourite film was Witness for the Prosecution, and I was eager to meet the Indian counterpart of the lawyer with bulldog-like ferocity as played by Charles Laughton in the Agatha Christie courtroom drama.

Jaitley readily agreed; he scrawled on a paper an address of Ram Jethmalani, and promised to fix an appointment with him. It was in the summer of 1984 that I met Jethmalani first.

Jethmalani’s skin is bronze-coloured. He got up from his chair to greet me, and then ordered his men to bring some tea. Later, he made it a custom to pour a welcome drink of whiskey to his visitors, as I partook of it till the end of my Delhi years (2009).

“What do you think the lady will do now?” the legal eagle cut the preface short. I was disheartened, as I expected to see the Indian version of Laughton springing up from the chair with chilling accounts of the crooks he had defended in court and how they were—the smugglers Haji Mastan and Yusuf Pathan—in real life. Instead, I found Jethmalani fixated on Indira Gandhi.

Nor was it unexpected; during Emergency, he had escaped the clutches of the Sanjay Gandhi gestapo by the skin of his teeth. For a fiery speech he’d delivered at Palakkad (Palghat), a detention order under the dreaded Maintenance of Internal Security Act (MISA) chased him to Mumbai, where his 300 lawyer friends, led by Nani Palkhivala, petitioned the Bombay High Court for a stay order, which, lo and behold, was granted. But Jethmalani was indeed down on his luck. The Additional District Magistrate Jabalpore vs Shivakant Shukla judgment was imminent. Generally known as the habeas corpus case, it tested if, under Emergency, a detenu still had the right to appeal his detention. The ADM Jabalpore case showed that it was no more available. Ram promptly flew to Canada. For two years, he lived in the US as a political exile. With Emergency lifted, he returned to India, to be elected Lok Sabha member from Mumbai on a Janata Party ticket.

In the Janata days, Jethmalani, though popular in the then ruling party, remained in the bad books of Morarji Desai, the morally fastidious Prime Minister, apparently for his drinking habits and the fact that he had two wives. Jethmalani remained unfazed, and even hit back with the public jibe that he’d have his evening whiskey while the prime minister was entitled to his “pissky” (referring to Desai’s well-known fad for urine therapy). The Janata Party was torn to pieces between Desai’s stubbornness and Charan Singh’s greed for power, and the earlier Jana Sangh followers formed the Bharatiya Janata Party, of which Jethmalani became vice president.

Ram Jethmalani began his practice very early in Karachi, at age 18. He entered the SC Shahani Law College in 1939 and graduated in 1941 when he was 17. And that led him to his first legal challenge, as the Sindh Bar Council had suddenly resolved that the minimum age for practice would be 21 years. The young Ram, then going on 18, argued before the British chief justice of the Sindh High Court that the 21-year-rule shouldn’t apply to him because it was passed after he had entered law school. Ram had by then been armed with a first class in the law school. As the chief justice nodded his assent, it was the young lawyer’s first
laurel of success.

It was in pre-Partition Karachi that Ram began a partnership with Allahbaksh Karimbaksh Brohi, the philosophy professor and lawyer who eventually became the law minister of Pakistan. With Ram Jethmalani coming on board, Brohi & Co was a hit. In Rebel, Jethmalani’s biography, the author Susan Adelman writes that ‘within six years of opening their practice, 20 out of 20 cases admitted each Monday in Karachi would be Brohi & Co cases’.

Then came the 1947 Partition. For some time, life in Karachi was unaffected, and so was the cashbox at the Brohi’s. Things changed as the mohajir Muslim refugees from India began streaming in, and the loot of Hindu and Sikh shops started. In September 1947, Ram saw his family off on a refugee ship to Bombay, and continued his practice, hoping, like many others, that the ‘madness’ would blow over and things would be normal. But the riots broke out in February 1948, following Mahatma Gandhi’s assassination, and Muslims and Sikhs attacked each other on sight. Ram grabbed a Jinnah-style hat off the head of an office clerk, and hid in his house for some time until Brohi told him, with sadness, that it might no longer be safe for him to stay back in Pakistan. He flew in a Dakota plane to Bombay, using a ticket given by a client as fee.

In Bombay, life was tough and the courts were teeming briefless lawyers. But there was no dearth of Sindhi litigants involved in all sorts of disputes over property, title, hundi payments, or unpaid loans. Some of them knew Ram from Karachi. So Ram identified his catchment area and, shrewdly, chose the lower courts for his practice. He became, as he always boasted, “the only refugee to pay income tax in the first year”.

However, Ram’s talent was being wasted on petty cases, and he was pining for a break. That came with the ‘Nanavati case’, which put not only sex and romance into courtroom trials but brought about a ban on trial by jury. The 1959 case involved an affair between Sylvia, a ravishing beauty and wife of Commander Kawas Nanavati, a Parsi naval officer, and Prem Ahuja, a Sindhi playboy. When Nanavati got to know about the affair, he confronted Prem at his house. Following an altercation, Nanavati shot him. He then went to the police to turn himself in.

In this case, Ram only had a “watching brief” from Prem’s sister, Mamie Ahuja, “to protect the interests of the deceased”. The case soon became the talk of the town and it created two fortunes: that of Blitz, the weekly tabloid, whose editor Rusi Karanjia, a Parsi, went hammer and tongs in defence of Nanavati, and Jethmalani, the lawyer whom the Press described as the ‘puppeteer’ who pulled all the strings. The Blitz’s open advocacy for Nanavati struck a chord with many. Parsi girls reportedly wrote messages to jurors in lipstick. Nanavati was acquitted eight to one. But, from the back seat, Ram got the argument so crafted that judges sent the case to the high court, and the high court agreed that the verdict was perverse. Finally, Nanavati was given life imprisonment. The story inspired books and a movie and it also catapulted Jethmalani in the public eye as the clever ‘super lawyer’ who gave Nanavati his just deserts.

As lawyer, he entered the national scene in 1970, when he was elected chairman of the Bar Council of India. During Emergency, he sharpened his attacks on Indira Gandhi from a legal platform. Therefore, unlike most of his later political allies, he was not initiated into opposition politics through right-wing Hindu organisations like the RSS, such as AB Vapayee, LK Advani, Arun Jaitley or Prime Minister Narendra Modi.
But he undeniably shared with them a general distrust of the Congress that began with the 1975 Emergency. Modi underlined it as he paid glowing tributes to Jethmalani after his death, specially remembering him for his “fortitude and fight for public liberties” during the 1975-1977 Emergency years. Even the enmity that began between Ram and Jaitley after the former’s 2013 expulsion from the party evaporated. Last year, Jaitley, despite his physical condition, intervened, resulting in the party and Jethmalani burying the hatchet.

Jethmalani shared many of the BJP’s political views, but his view of life was totally different. In private conversations with me, he seemed aghast at the Modi Government’s religious fanaticism and was in a fit of pique by the incidence of cow vigilantism and lynching. If his health permitted, I suspect he would have fought the lynch mobs in court, much like Charles Laughton did to defend the innocent Marlene Dietrich against medical advice, in my favourite film.

A Humanist Behind the Camera

The Ram Who Raised the Bar