The Promise of Summer

But in Indian cinema it’s oppressive and unpleasant 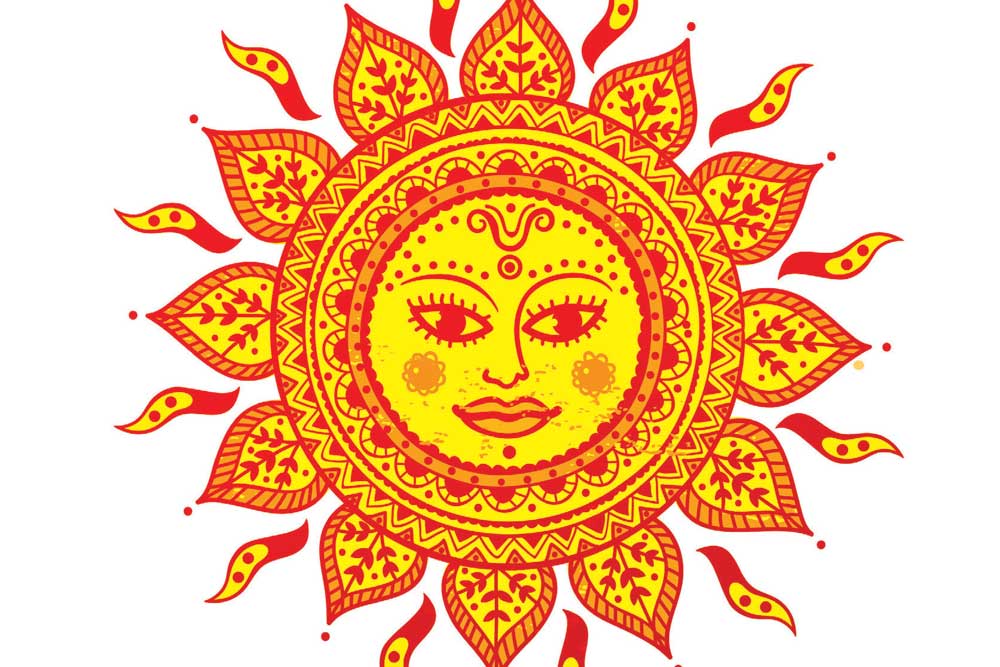 WE’VE PASSED MIDSUMMER, the wonderful time in the northern parts of the northern hemisphere when the sun barely sets. It really is the middle of summer, now that May and June—when the leaves are lime green and soft and the flowers are at their best—are over and we are in the second, heavier part of summer when greens darken and warmth bathes us. Like clockwork, the media begins publishing stories of heatwaves, Indian summers, ‘summer in the city’, which sunscreen to use and the fact that everyone can wear shorts, even to office. I suspect they recycle the same story every year.

Over the last couple of weeks, the heat was unbearable. Just as northern India lacks central heating for the cold snap, so do we lack air-conditioning and fans for when the temperature rises. We may also have carpets, heavy drapes and windows that don’t always open. I’m glad I have a ceiling fan that I bought more for its soporific whir than for cooling.

The London summer social season is in full flow before ‘society’ decamps to the country and foreign shores. I have no interest in any of the events, finding cricket, horse-racing and rowing tedious, and know little and care less about them. It’s a wonderful time to be here as friends from Delhi are followed by those from Mumbai—India’s reverse summer migration—some bringing the best of gifts, mangoes. Each year we are surprised that it’s warm enough to sit in the garden although the heat comes only after the roses have flowered and before the summer plants bloom.

Summer in India comes earlier than ours, and is usually hot, sultry and suffocating. This mood is evoked in Sanskrit literature, where heat and dust and the risk of fires are mentioned

Summer in India comes earlier than ours, and is usually hot, sultry and suffocating. Even electric fans, air-conditioners and fridges cannot keep the climate out entirely. This mood is evoked in Sanskrit literature, where heat and dust and the risk of fires are mentioned. Daniel Ingalls’ wonderful translation of Vidyakara’s ‘Treasury’ (Subhashitaratnakosha) has a whole chapter about summer. Among the many striking examples are two charming poems—one, inevitably, by Kalidasa:

The day is miserably hot,
the night is worn and thin:
separated, with contradictory motion
like man and wife at odds.

The water of the pond is hot above
but sharply cold beneath.
When wayside wells run dry the travellers come at noon,
and, covered though it is with floating moss
and muddy from the wallowing of buffaloes
not yet harnessed to the plow,
they stir it with their arms and drink.

Hindi movies may depict summers overseas, but in India only if they are set by the sea, allowing a display of toned bodies in beachwear. The cinematic summer remains oppressive and unpleasant, showing characters longing for the rains in films from Guide to Lagaan. There are few songs about heat, although the delightful Suraj Hua Madham from Kabhi Khushi Kabhi Gham evokes the fancy found in Sanskrit poetry—that when you are in love, the moonlight burns you like the sun even if you apply sandalwood paste to cool the skin.

In Hindi films, as in Barahmasas (songs of the twelve months), the rainy season is romantic and sensual while winter is fun and lively. Hot weather is undesirable. ‘Garam’ isn’t good unless it’s garam masala—and that’s a moot point with me—or means sexy, as in ‘Garam Dharam’, Dharmendra. Garam Hawa, a title hard to translate into English, is about the hot winds of passion after Partition.

The idea of cool is favoured over hot. Deities may be cooled, whether with water or milk in the case of a lingam. The triguna, three qualities or ‘humours’, are tamas (dark, inert), rajas (active), and sattva (pure, true). Rajas, the quality of hot and energetic, can be good, but sattva is most highly regarded. The person with a hot or dull temperament may try to change it with a diet of sattvik food like fruit and vegetables and dairy, a diet many may follow during the hot weather. This belief makes perfect sense if one thinks of the foods one enjoys in the heat—curd rice, melon and watermelon being clear favourites, alongside the wide array of drinks including favourites such as coconut water, nimbu pani and aam panna. My poor husband found a new pet hate when he tried drinking sattu, although I found it innocuous.

Indians know—or used to know—how to dress for the heat. Loose garments in breathable fabrics that cover the skin are meant to be cooler than nothing. In India one can choose gorgeous cottons, plain, printed and embroidered, khadi, muslins and linens. They can look relaxed or formal and I envy elegant women who can wear them all day without looking crumpled.

I don’t know how people in India wear skimpy clothes and jeans, suits, ties and shoes in the heat— though perhaps they display the strength of air-conditioning in which the person lives. New Yorkers and other metropolitans often dress well in the heat and have air-conditioned buildings, but the Brits blend a strange mixture of beachwear and their old school games kit to produce a range of peculiar combinations such as socks and sandals and formal dark socks with very short shorts. Pale skin that should avoid the sun is often red with sunburn or orange with fake tan, displayed by spaghetti tops, bra straps and worse, while most feet are unmentionable.

Summer is forever associated with holidays. I remember the long summers of childhood, from June to September, a seemingly endless time when the sun, contrary to meteorological records, always shone. Those of us who haven’t left the world of education still start our year in autumn and end it in June. Summer remains the bridge. Academic holidays were once a time for research, but now other work encroaches.

From June, the papers still seem to imagine that we all have endless summers. Perhaps the long hours of sunshine make it seem so. They carry lists of suggestions for summerreading, as if as adults we still have those days of leisure, family and friends. Some still enjoy adventure and romance. In his acutely observed and hilarious book, Mother Pious Lady, Santosh Desai brings to life vivid though tongue-in-cheek descriptions of old-style Indian summers for the middle-class with family expeditions, travel and visitors, chaotic but fun. I hope we all return refreshed from our summers as did the characters in children’s essays who were always, ‘Tired but happy’.