Aunts don’t really get their due in Hindi cinema 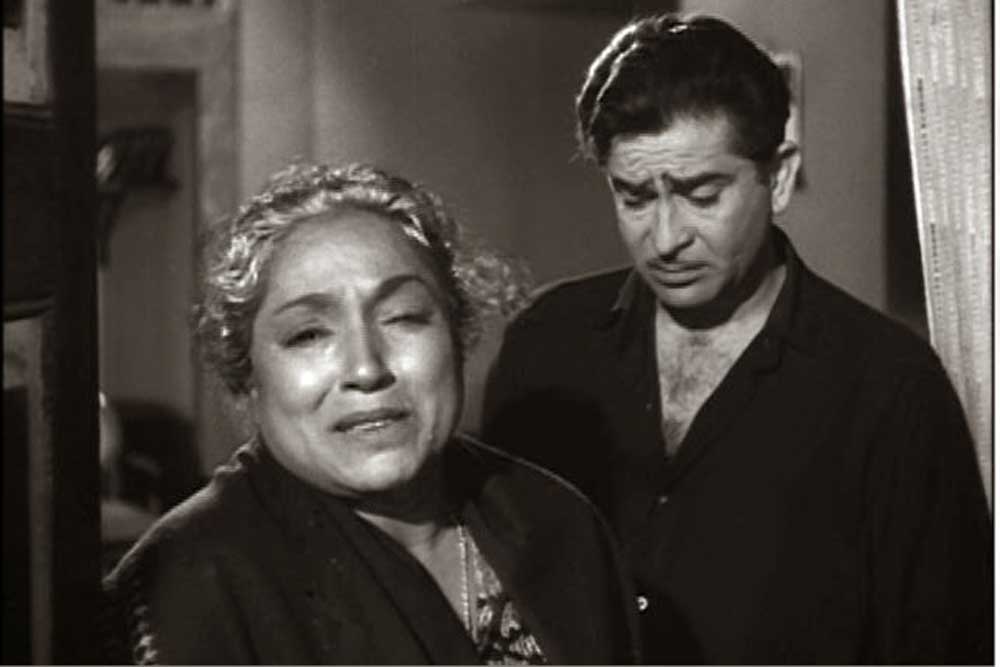 THIS WEEK MY 22-year-old nephew is starting work as an intern at a think-tank in Delhi. I seem to be the most excited about all this, while he is quite calm. My friends are pulling out all the stops to ensure he has a smooth beginning to his time in India. Yet, advice is needed about things a young Brit hasn’t seen— servants, geysers, quilts (rather than duvets), bathroom taps.

When I first went to India 37 years ago, I was a teenager, alone. This was before ‘The Lonely Planet’ (I saw it first the next year), let alone the internet. In those days, going to India meant saying goodbye to people at home and then vanishing. Family and friends sent me ‘poste restante’ to Delhi that would be my first port of call in the city. A lightning call home was beyond my budget, so blue-blotting paper aerogrammes were the only thing to write in those long evenings after sundown.

Maybe it’s being middle-aged that makes being an aunty more worrying than travelling on your own. My nephew can WhatsApp anyone of us at home or call my friends in India. He has a credit card and an Uber account. He probably doesn’t know what a Traveller’s Cheque is, having to keep them safe am then spending a good day at a bank to encash them.

India is not the same place. In the days before liberalisation, I could budget Rs 50 a day to cover train travel, food and accommodation. Even at that age, it wasn’t always fun on my return. After my first visit to India, a trip to the doctor was followed by a knock on the door from a public health official who banned me from handling food and eating out.

It’s probably easier being a boy too, although at 6 foot 4, taller than Mr Bachchan, he will attract attention. I was usually called ‘Julie’ in Delhi, not knowing for years it was for a film character. In my thirties, I became Didi. I was briefly Gori Chachi, but now I am always auntie or even auntyji.

When I was a child, I had to call real aunts ‘aunty’, a name used also for my mother’s close friends while acquaintances or older women were Mrs X or Miss X. Only one of my nephews calls me ‘auntie’ and they would think it odd to call any non-blood relative ‘aunty’. I think post PG Wodehouse, aunts have fallen from favour in the UK, and Aunt Dalia and Aunt Agatha relegated to the past. Perhaps their legacy is found only in Agony Aunts and in Aunty (the BBC).

The two main words in Hindi for non-related aunties are ‘mausi’ (maternal aunt), who is usually a close maternal figure, and ‘chaachi’ (wife of paternal uncle). Other words for aunty are mostly restricted to blood relations—‘bua’, ‘maami’ and ‘taayi’. English ‘aunty’ has its own meaning, used for relatives and older women in the family circle but it has its own particular use.

Many actresses later in their careers played maternal figures. A host of Maharashtrian actresses were famed for these roles: Lalita Pawar was immortalised as Mrs D’Sa in Anari (1959) while Leela Chitnis usually played mother roles

In India, all older women are aunties—perhaps a generation older, perhaps a friend of the older generation. There is a type of aunty, the woman who can’t believe she’s aged, who wears her hair loose, low-cut blouses and low-slung sari, big bindi and, God forbid, who can’t keep her pallu on her shoulder. Yikes. I like to think of Indian aunties as a sensible bunch, usually rather jolly. I see them out on morning walks, proudly displaying their own sartorial style where comfort comes first. Iconic items are baggy cardigans, white trainers, odd hair ornaments. They often wear jazzy patterns and incongruous sunglasses or even printed t-shirts. Sensible, solid types who accept middle-age, enjoy life and keep their families going.

Where are the aunties in Hindi cinema, which is allegedly renowned for celebrating key family figures—the saintly mother, the stern father, the feckless and dangerous maama (maternal uncle), the doting grandparents? These movies celebrate loving relationships beyond the romantic couple. Fathers and daughters, fathers and sons, brothers, sisters, but above all, the mother and son. Am I right in thinking aunties don’t really get their due?

There are undeniably films which are about aunties. In Chachi 420 (1997) and Aunty No 1 (1998), Kamal Haasan and Govinda respectively play aunties to comic effect. Shabnam Mousi (2005) is based on the life of the first transgender Indian to be an elected politician. Maushi (1958) has an aunt find a miracle cure for a mentally unwell girl. Hmmm.

Many films also feature aunties. There are scary ones in Mr. & Mrs. ‘55 (1955), where Anita (Madhubala) has a ‘feminist’; that is, a man-hating aunt (Lalita Pawar) whom the cartoonist Pritam (Guru Dutt)—or rather RK Laxman— depicts as a warrior queen on a chariot. Manorama plays a comic ogress of an aunt in Seeta aur Geeta (1971) while Leena Mishra plays another aunt to Hema Malini as Basanti in Sholay (1975), most famous for her reactions to the comic dialogue of Jai (Amitabh Bachchan).

Many actresses later in their careers played maternal figures. A host of Maharashtrian actresses were famed for these roles: Lalita Pawar was immortalised as Mrs D’Sa in Anari (1959), while Leela Chitnis usually played mother roles. Durga Khote played mothers and grandmothers in films such as Mughal-e-Azam (1960), Bobby (1973) so different from her earlier roles such as a swashbuckling pirate princess in Amar Jyoti (1936). Sulochana (Latkar, not Ruby Myers aka Sulochana) was mother or aunt to major stars of the 1970s such as Dev Anand, even though she was five years younger than him, most famously in Jab Pyaar Kisise Hota Hai (1961), and Rajesh Khanna in films such as Kati Patang (1971).

Aruna Irani, Farida Jalal, Achala Sachdev all played older roles but one of the great mother figures was Nirupa Roy who had starred as goddesses in mythologicals but is best remembered as a mother figure, often to Amitabh Bachchan, in classics such as Deewaar (1975) and Amar Akbar Anthony (1977).

Aunties can be glamorous too. In Hum Aapke Hain Koun…! (1995), after Pooja (Renuka Shahane) marries Rajesh (Mohnish Bahl), her sister Nisha (Madhuri Dixit) and his brother Prem (Salman Khan) fall in love. When Pooja dies leaving a baby, the family decides that Rajesh should marry Nisha. This shows the ways in which mausi takes on the popular meaning ‘Maa jaisi’ (like a mother). There is no reason that Nisha couldn’t marry Prem and they could look after the baby, but the slight plot of the film would vanish entirely. Famously, Lord Krishna directs Tuffy, the Coke- drinking dog, to carry a message Nisha wrote to Prem to Rajesh. The letter reveals the love of Nisha and Prem, and their unselfish resolve to do their duty rather than succumb to romantic love. Nisha remains the perfect mausi.

There are many roles one can play as an auntie, enjoying having a caring relationship without the day-to-day worries. Aunties indulge and can be silly. My nephew and I used to go to the cinema and to museums together. Aunties can be serious. I tutored my nephew in Latin and in French. Now I wonder how he ended up being so interested in India.