Missing in the Scene 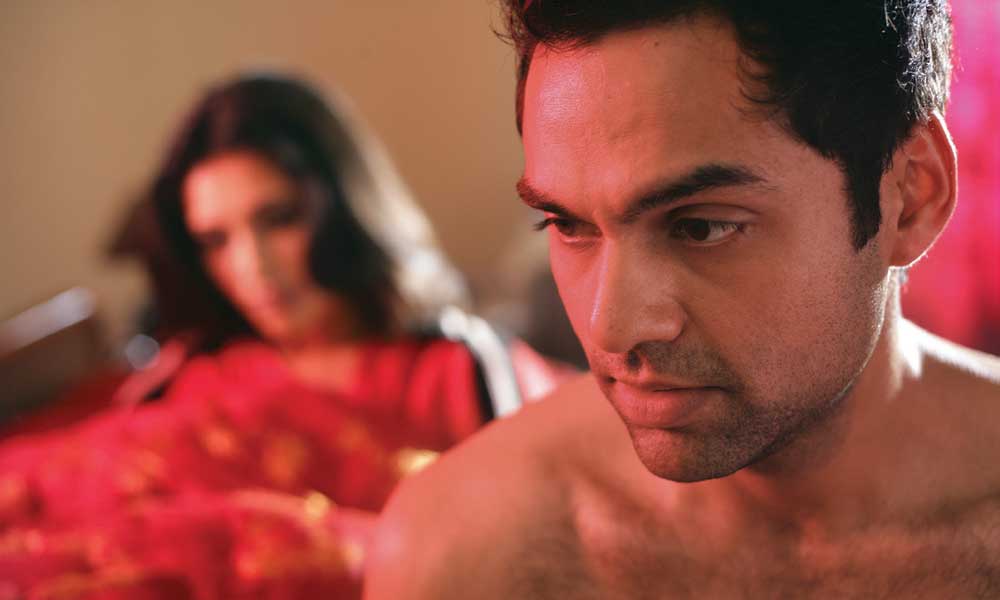 WESTERNERS AND SOME Indians remain intrigued by the ‘caste system’, so I will doubtless disappoint many when I say that no such system exists. The category of caste was contested by India’s nationalist leaders in the hope it would fade, and caste discrimination, especially the practice of ‘untouchability’, was outlawed in the Constitution of India (1950). It is now reinforced by the state, which addresses it in order to enact policies of positive discrimination, known as ‘reservations’.

India’s BJP Government has nominated a Dalit as its presidential candidate, once again foregrounding issues of caste and politics in the national debate. This reminds me of the virtual absence of caste references in Hindi cinema, or at least mainstream commercial cinema. Perhaps it is viewed as pre-modern, or even anti-national, but it takes some effort not to mention it, even in this most unrealistic of mediums, as surnames are recognisably caste names, usually. Moreover, there is no major Dalit or OBC star in the Hindi film industry that I know of. It has been suggested that the industry has played down the low caste of some its major actors.

It would be more accurate to say that films rarely raise caste as a social issue. This is partly because the main characters are usually from the same or similar upper castes. Why this should be so and the accompanying silence on caste needs further scrutiny if we are to better understand popular imaginings of what caste means today.

Caste is a much misunderstood category, sometimes viewed as religious, social or political or a combination of these. Some argue that it is foundational to a hierarchical Indian civilisation, some say it is to do with traditional occupations, others that the ‘caste system’ was invented by the British as part of their taxonomy of India. It is a fluid category which means different things to different people.

There is no single reason why films do not raise the issue of caste. While it can be shown without being named, unless there is a caste-specific profession, such as that of a priest who would have to be Brahmin, or wedding rituals shown are those of high castes, caste can also be almost unnoticed if one avoids using caste names (‘Mr Raj’, ‘Miss Suneeta’), even though audiences would know these are high-caste people. Generic middle to high caste names are used, mostly Brahmins, Khatris, Thakurs, Kayasthas and so on, and these pass without mention.

Films which have specifically mentioned caste stand apart, although they have been criticised for their plot lines. For example, the ‘untouchable’ girl sacrificing her life in Franz Osten’s Acchut Kanya (1936), or a Dalit character found to be a Brahmin by birth (Bimal Roy’s Sujata, 1959). Or when India needs to pull together, it has to have a Dalit (Kachra) and a blacksmith, Arjan (Ashutosh Gowariker’s Lagaan, 2001). The classic story of Devdas in its 2009 adaptation Dev.D, directed by Anurag Kashyap, plays down the difference in (sub)caste between Devdas Mukherjee and Parvati Chakrabarty while focusing on social class.

The classic story of Devdas in its 2009 adaptation Dev.D, directed by Anurag Kashyap, plays down the difference in (sub)caste between Devdas Mukherjee and Parvati Chakrabarty while focusing on social class

Interestingly, some mainstream films have had characters whose caste has been clearly stated and which is sometimes important to their characters. These seem to be for comedy, where the tradition of the vidushaka or comical Brahmin lives on in rogues, usually loveable ones, such as Munna Bhai (Murali Prasad Sharma) in Vidhu Vinod Chopra’s Munna Bhai M.B.B.S (2003) and Chulbul Pandey in Abhinav Kashyap’s Dabangg (2010). Few commented on the class issues raised by Chulbul’s marriage to a potter.

One of the few recent mainstream films that engages with caste is Ashutosh Gowariker’s Swades (2004). It has Gandhian overtones, even in the name of its hero, Mohan. A NASA scientist, Mohan is a Brahmin—Bhargava—but he takes up cudgels on behalf of Dalits in the village to allow them access to the village school. The film is very much an entertaining mainstream Hindi film in its narrative, use of song and the presence of Shah Rukh Khan, but is one with a social message at its heart. This and the cinematic quality of the feature put Gowariker’s work closer to non-mainstream realist cinema, as is Vishal Bhardwaj’s Omkara (2006), a reworking of the Othello story where Omkara (Othello) is the son of Brahmin father and low-caste mother—his surname is Shukla—while the other major figures are all Brahmins: Tiwari, Tyagi, Upadhyay, Mishra.

Dalits usually appear only in ‘political’ films such as those of Prakash Jha. In his Raajneeti (2010), Ajay Devgn plays Suraj (a figure like the dispossessed brother, Karna, in the Mahabharata), while in Aarakshan (2011), Saif Ali Khan, whose father was a prince and whose mother is from an elite Bengali family in real life, plays a Dalit who romances Dr Anand’s presumably upper-caste daughter, one of the truly striking moments in Hindi cinema’s depiction of caste.

I would rather not comment on the depiction of indigenous people or ‘tribals’, whose depiction in most films is usually silly or embarrassing. Should the hero romance a ‘tribal’ woman, she becomes a ‘village belle’ to avoid the mention of caste.

The silence on caste could be to avoid controversy or censorship. When caste is mentioned, there may be objections for hurting the feelings of a community, so the removal of the word ‘mochi’ (cobbler) from a song in Anil Mehta’s Aaja Nachle (2007) as it is a caste name as much as that of a leather-work professional. It is often held that the use of some caste names is illegal, but this seems to be contested.

Many urban, middle-class Indians say that caste is unimportant. This is because this group lives in modern cities that allow caste to be ignored, at least within their social group where they are all likely to be upper-caste, coming from the three broad groups which make up a small proportion of the Indian population. People are aware of their own caste group and traditions, although they may wish to confine these to their homes and private lives. Broad caste alliances form among these groups, such as Banias and Brahmins, which are traditionally vegetarian and may prefer not to marry non-vegetarians. Often overheard is the comment that it is easier to marry a non-Indian than someone from another caste.

Caste remains hugely important in India today, especially in villages where there are denser traditional networks and occupations,which are at their thinnest in the city. While there are Dalit millionaires, who prove to be exceptions to the rule, there are very few Dalits among the country’s new middle classes.

This absence of low castes among India’s better off means that Hindi cinema is caste- blind, rather than caste- neutral. Usually, everyone who mixes socially in such circles is upper caste. This is their version of a caste-free society, while lower castes perhaps dream of a caste-free society where everyone is so well off that caste no longer matters.

It is only in ‘parallel’ or ‘middle’ cinema, a more realist form, that caste finds overt mention: films such as Shyam Benegal’s, Ankur (1974), whose heroine Lakshmi (Shabana Azmi) is a Dalit. Phoolan Devi in Shekhar Kapur’s Bandit Queen (1994) was known to be a low-caste Mallah (boatperson). Then there is Nagraj Manjule’s brilliant Fandry (2014), with its realistic depiction of the brutality shown a Dalit boy who loves a Brahmin girl.