Gone are the days of courtiers and couriers. Thank Modi for that 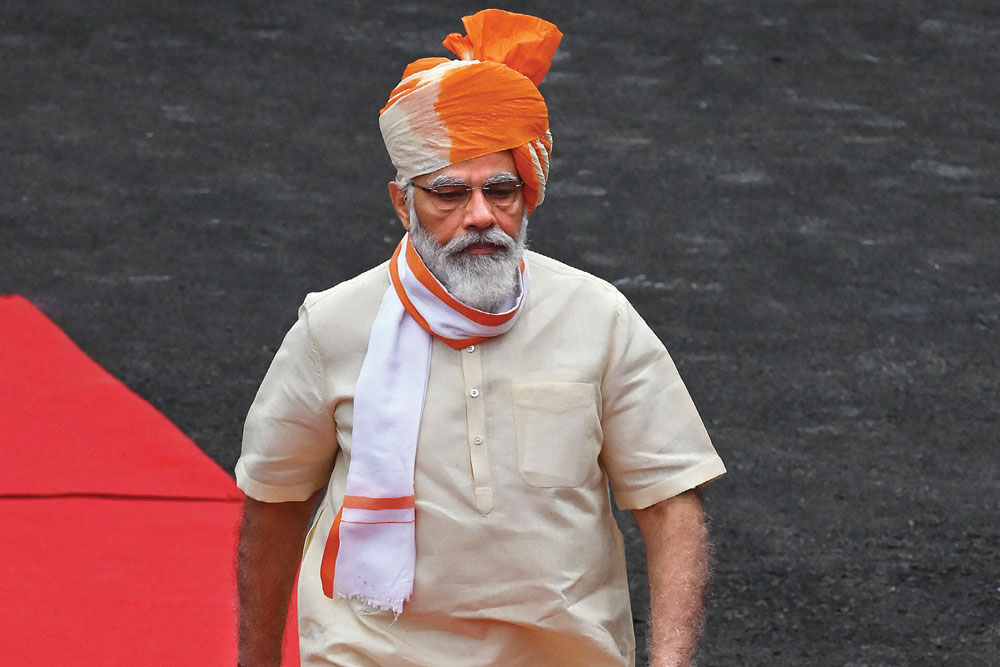 FOR YEARS, DELHI has been the capital of freedom fighters. They fight for anything that’s free. I remember when we used to stage plays in Delhi, we would often get requests from the janitor of the area to the joint secretary asking for free tickets. They never sought them politely. They were like Lokmanya Tilak in a manner: they believed it was their birthright. And if you didn’t oblige, you just weren’t swimming against the tide, but instead, you were swimming in shark-infested waters.Dinners in Delhi were gossip Bibles. Ladies from crestfallen families would hold salons to which ministers and their ilk would be invited: the evening was spent over fine malt ruminating over the state of the nation and as soon as you finished your after-dinner Cognac, in a snifter no less, you declared India to be vibrant and throbbing.

Those were the days of the courtiers and couriers. Courtiers who paid obeisance at the only durbar that existed, and couriers who carried messages back and forth. Information was easily available: from national secrets to secret recipes, and the world continued as if nothing was amiss.

Editors were more often seen than read. One of them made a habit of arriving at a dinner when the dishes were being cleaned: only to suggest how hard he had worked and how the prime minister had summoned him for sagacious advice. No one bothered about the veracity of this empty vessel’s claims: everyone believed it to be true because access in those days came from pedigree and ideological submissiveness. And it wasn’t difficult to wing your way into the corridors of power if you had the patience and something to offer in the form of information, which was more often than not just puerile gossip.


People scurried around to find a ‘contact’, not knowing that Modi was and remains a lone wolf. Even Vajpayee used his poetic flair to appease all sides. Modi never did, and never will. He wanted to run a country, and not a colony called Lutyens

The guest lists at parties never changed because people were heavily invested in people of influence. Television anchors jostled for national importance and for national recognition alongside industrialists and bureaucrats. Those were the days of managing, and not of merit. Those were also the days of the Doon network: a school that was more known for the people it had produced rather than their academic prowess. But no one cared. After all, merit was the last thing on anyone’s mind. What was critical was the Rolodex, and how you could use it.

And then came along Narendra Damodardas Modi. Causalities began to occur. People scurried around to find a ‘contact’, not knowing that Modi was and remains a lone wolf. Even Vajpayee used his poetic flair to appease all sides. Modi never did, and never will. He wanted to run a country, and not a colony called Lutyens. Suddenly, people started reading up on the shastras. Proust was replaced by Premchand. Bellinis gave way to badam sherbet, and suddenly, everything you held dear, was no longer relevant.

Access was impossible, but the unkindest cut was irrelevance.

Modi arrived in Delhi with hand baggage. And no other kind of baggage was what he got along with him. He was the prime minister, and not someone’s college or schoolmate. There was haste in delving into his past. When in Delhi, who were his friends, and so on? The slate was clean. His cabinet, by and large, was the same. Unknown people and those who were known were never thought of highly, so it didn’t matter whether you had known them or not. The golfing bureaucrat who woke up every morning at 5AM to get a crack at an 18-hole golf game, was now waiting for the prime minister’s call. And Delhi had changed forever. But what’s more, the social order had changed in a manner that was unrecognisable.

Soirées were out and satsangs were in. Jalapeño peppers were out and jalebis were in. Surely, there was instant and initial derision, but then Modi didn’t care. The prime ministerial plane was no longer available to some journalists to savour caviar and steal some Scotch. He travelled alone. Then there was the issue of government patronage. In the India of yore, teachers who taught princelings came to head cultural institutes of national importance. That, too, changed.

Today, it’s a new India and a new social order. No longer mired in comfort and enveloped in access. It’s finally about merit, and not about managing.

This, to my mind, is the best thing that could have happened to Delhi. And perhaps to India.