The Limits of National Security 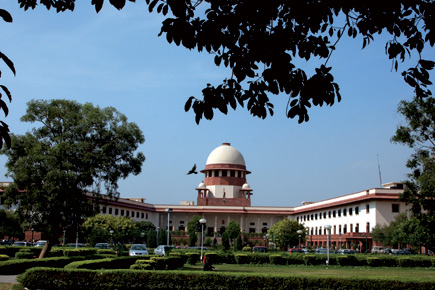 THE CONFRONTATION TAKING place between the Supreme Court and the Government over whether the software Pegasus was used to snoop on Indians is turning out to be unusual. The Supreme Court has for some time now been asking for an affidavit on its use and the Government has outrightly refused citing national security. The judges affirm they don’t want to interfere in national security, but still want a response because the names which figured in the story broken by a conglomerate of international media had phones of eminent citizens allegedly being tapped. This week, the court said it would soon pass an order, which would force the Government to give an answer, one way or another. As an Indian Express report said: “Chief Justice of India NV Ramana, heading a bench also comprising Justices Surya Kant and Hima Kohli, told Solicitor General Tushar Mehta: ‘We are again reiterating that we are not interested in any manner or in any way to know the issues which are concerned about the security or the defence or any other national interest issue. We are only concerned, in the face of allegations that some software was used against some particular citizens, journalists, lawyers, etc., to know whether this software has been used by the government, by any method other than permissible under the law.’”

That the intelligence agencies are always used by the government in power is hardly a secret. It has its roots from at least the time of Indira Gandhi, if not earlier. Elections have been advanced or state governments sacked after inputs from the Intelligence Bureau (IB). Now, in addition to human beings, there is the assistance of surveillance technology. That is, however, just a change of tool. Earlier, letters would be opened, now phone conversations are tapped. These inputs are also not very reliable. Otherwise, it is an open question whether Indira Gandhi would have called off the Emergency at all.

The present confrontation is noteworthy in the judiciary wanting answers that might become a precedent for an external oversight over intelligence agencies in future. Usually, such checks and balances are good for the health of any institution, even one that needs to operate in secrecy. But such an oversight, if it ever happens, might actually make no difference in how control is managed. It would just take subtler forms. Like the Central Bureau of Investigation, which has over the decades had many mechanisms created to ensure independent functioning, always ends up being used for political ends. And the world over, snooping on one’s own citizens is pretty much seen as a legitimate right of the modern state. In the US, the intelligence agencies have to answer to the Congress and Senate; in India, it is only the executive. But even so, the US spies on Americans on a massive technological scale, as Edward Snowden’s leaks revealed. The Supreme Court might win this round, but it probably won’t make a difference.