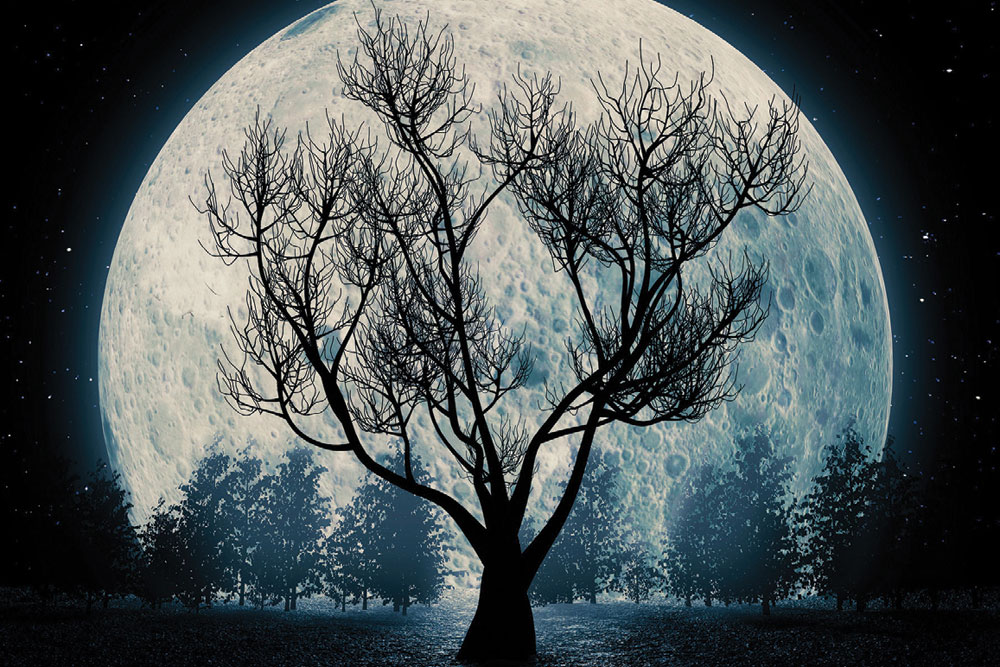 
“A TINY BOAT bobbed on the sea, close to the shore. Gentle waves, almost petal-soft, rocked the craft like a child’s cradle, taking care not to play havoc with the little vessel—which car­ried a young woman.” We are thus introduced to one of the characters, Poonguzhali, in Book II of Kalki R Krishnamurthy’s epic Ponniyin Selvan.

In real life, where we are impinges on our mood and on what we do. So, it is not surprising that novelists use a charac­ter’s response to a place and tastes, landscape and food to create an interplay of mood and action. By placing Poonguzhali in a boat bobbing in the sea, Kalki tethers it to the world and trans­ports us there.

Nature is relational and dynamic. When we peer through an aeroplane window and see the land map of rivers and mountains, and when we walk through the forest and notice the early morning’s musky green shadows, we inhabit it through our memories and fill it with judgment.

Think of Andrea Camilleri’s sun-soaked beach in Sicily where Inspector Montalbano quaffs white wine and clams in a taverna. Or the gas-lit foggy streets of lard-smelling, soot-smeared cobble­stoned London of Jack the Ripper and Sherlock Holmes.

As Janet Burroway points out in Writing Fiction: A Guide to Narrative Craft, fiction must have an atmosphere because characters will be unable to breathe without it. Part of the atmosphere of a scene or story is its setting, including the locale, period, weather and time of day. Another part of the at­mosphere is its tone, an attitude taken by the narrative voice, which can be sinister, formal, solemn, or wry.

The landscape provides a readymade dramatic backdrop and sets the tone instantly. A garden, the sea, the woods and mountains can influence the mood and actions of the person looking at it or imagining it.

Filmmakers use this technique to establish the place in which the scene and action take place. In Lawrence of Arabia, a speck appears in the distance on the dune, and as it comes closer, it reveals itself as Lawrence. The vastness of the Middle East, the ambition of a lone man and the power play among nations are captured in that one frame.

In Downton Abbey, the opening credits show a huge great house in the distance and a person and part of a dog walking towards it. The viewer knows the events take place in the Abbey no matter where that week’s episode is set (in the library or the servants’ hall or a bedchamber). Romantic Indian film songs, particularly of the earlier eras, were often filmed in gardens, meadows and pastoral landscapes.

Landscape works particularly well in detective novels. Many writers channel the elements of a gothic story—flicker­ing candles, dead trees, eerie graveyards, hulking mansions— to deepen the unease. Glowering trees, spooky undergrowth and eerie cityscapes heighten the tension and, at the same time, give the reader a break from the relentless questioning of the suspects in a crummy office or a prison cell. It is the most favoured weapon in a mystery writer’s arsenal. When done well, nature can rise to the level of a protagonist.

A straightforward approach is to have dread intensify sentence by sentence. Like in Tana French’s The Searcher. The protagonist, Cal feels someone watching him in his cabin. “The back of Cal’s neck got trained over twenty-five years in the Chicago PD. He ambled casually across the kitchen, nodding along to the music and examining the counters like he was missing something, and then made a sudden lunge to the window: no-one outside. He turned off the burner and headed for the door fast, but the garden was empty. He walked the perimeter, under a million savage stars and a howler’s moon, fields laid out white all around him and owls yelping: nothing.” French creates the mood (a sense of danger, of being watched) to tell us about Cal, where he lives (isolated in the middle of fields), his nature (a risk-taker and a man of action).

Australian Jane Harper is another dab hand at seamlessly weaving in character with the natural setting in her crime novels. In Suzanne Brockmann’s Force of Nature, five women are out in the rugged Giralang Ranges on a resilience and team building exercise. Only four make it back. One of the characters, Beth, is smoking in the woods. “Beyond the grey trunks of the nearest gum trees, the darkness was absolute. She could see nothing, then felt a prickle as she realised the same would not be true the other way round. The glow from her cigarette would be obvious at the very least, and torches lit up the camp behind her… She jumped as she heard something crack far away in the blackness. Don’t be stupid. It was an animal. Something nocturnal. A possum, probably.”

As a woman plucked out of the city and stuck in the wilderness, Beth’s sense of vulnerability is greater, unlike Cal (in French’s novel), who has chosen to live alone in the wild landscape. The growing sense of dread is evoked through the prickle, darkness, the crack in the blackness.

An absolute master at creating the sinister is JRR Tolkein in The Lord of the Rings. “[The hobbits] picked a way among the trees, and their ponies plodded along, carefully avoiding the many writhing and interlacing roots… as they went forward it seemed that the trees became taller, darker and thicker… they all got an uncomfortable feeling that they were being watched with disapproval, deepening to dislike and even enmity.”

Novelists also intensify a brooding sense of menace by contrasting calm spaces with chaos. Graham Greene uses it to great effect in Brighton Rock. In the first chapter, Hale is going to be murdered in Brighton for double-crossing a gang. “Hale crossed the road away from the front. There were fewer people there; he could walk faster and go further. They were drinking cocktails on the terrace of the Grand, a delicate pastiche of a Victo­rian sunshade twisted its ribbons and flowers in the sun, and a man like a retired salesman, all silver hair and powdered skin and double old-fashioned eye­glass, let life slip naturally, with dignity, away from him, sitting over a sherry.” Here, the contrast with the silver-haired old man sipping a sherry on the hotel’s terrace enhances the tension from Hale’s desperate attempt to flee death on the busy promenade.

The landscape can also evoke the exotic, like a caravanserai in Salman Rushdie’s The Enchantress of Florence. “In the caravanserai all was bustle and hum. Animals were cared for, horses, camels, bull­ocks, asses, goats, while other, untameable animals ran wild: screechy monkeys, dogs that were no man’s pets. Shrieking parrots exploded like green fireworks in the sky. Blacksmiths were at work, and carpenters, and in chandleries on all four sides of the enormous square men planned their jour­neys, stocking up on groceries, candles, oil, soap and ropes.” These lists are a great way to highlight the elements that make up the bustle and din.

Landscape can also pin the reader to a scene. Writers like Elizabeth George use the filmmaker’s technique to go from the wide-angled shot to the micro-level. The trick is to drop the character into the woods, a deserted city alley, or a fire-lit study and connect the character’s impressions to an investiga­tion element.

In Elizabeth George’s Careless in Red, her main character Inspector Lynley is on a trek in Cornwall when he comes across a body. “He looked in the direction from which [a flash of red] had seemed to come and found it at the base of the cliff that formed the far side of the inlet beneath him. There, a sprawl of red lay across a broad plate of slate. The slate was itself the landward end of a reef, which crept from the cliff bottom out into the sea. He studied the red sprawl.”

In non-fiction books like the Alaska of Dick Proenneke’s One Man’s Wilderness, the rugged terrain and rustic dishes are the stars. Proenneke was an Iowan who decided to live in Alaska in the 1970s and built a log cabin by himself on the banks of Twin Lakes. His descriptions—cooking red beans on a slow fire and emptying a jar of thick honey into it to simmer, or making ten­der crusted sourdough biscuits in a tin, or a supper of caribou brains fried with corn meal, eggs, onions, salt and pepper in bacon grease—create the image of a man who has everything he needs in the wilderness.

For fiction and non-fiction, as in real life, the sights, smells, tastes and sounds of nature create an atmosphere for us and the characters to challenge, contradict, reinforce and qualify. They transform our lives, and the novel into a lively and dynamic experience.