Recipes don’t matter once you understand the science of flavours 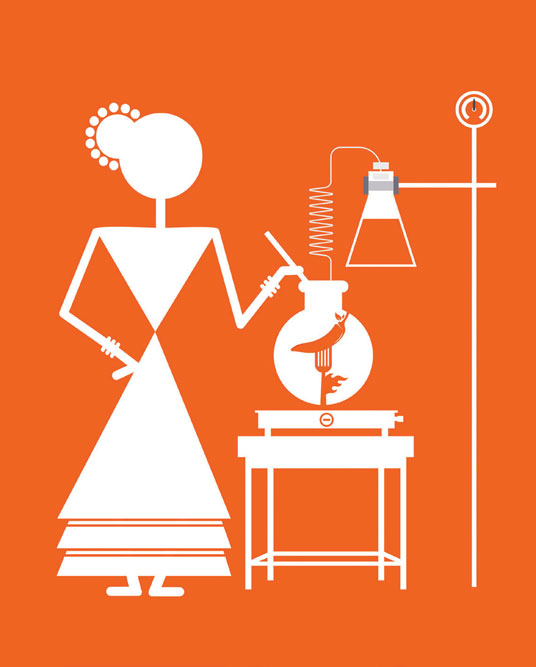 
IF YOU ENJOY composing and carrying out culinary experiments either on others or on yourself, and if you are one of those who has Harold McGee’s On Food and Cooking: The Science and Lore of the Kitchen in your bookcase, then Krish Ashok’s Masala Lab: The Science of Indian Cooking is for you. In the 883-page tome by McGee, precisely two boxes (on fermented legumes that make idli and dosa, and on milk sweets and paneer) and two pages (on the maturation of spice flavours through roasting) mention Indian cooking. What about the different culinary methods and lore of thousands of communities in India? How can maximum flavour be extracted in the minimum amount of time from vegetables and meats simmered with spices and gravy? Can you cook chana or rajma quickly in a microwave without soaking them overnight? Answers to these and other questions are in Masala Lab, a saviour of previously occasional but now full-time cooks (thanks to Covid) like me.

Krish Ashok, a software engineer by training and a cooking and science afficionado by temperament, aims to explain the food science of Indian dishes in simple non-technical terms. His long-term goal is ‘to encourage everyone to experiment with newer methods of cooking Indian food’ and document the ‘stunning variety of cooking methods’ beyond mere recipes.

My expectations from the book were threefold. First, I wanted tips and shortcuts on creating the maximum flavour in the minimum amount of time one needs to spend in the kitchen. Second, I wanted to understand the science underlying these tips so that I could use it to experiment with other ways of cooking these dishes. Third, I wanted to figure out my misconceptions and stop those habits. Ashok delivers on all three in simple and clear prose.

Let’s begin with the tip on making chhole. I microwaved the cup of unsoaked raw chana with water for 20 minutes on a low setting. Then let it rest for 20 minutes, and then pressure cooked it with a tea bag, baking soda and salt. The tea bag absorbed the unused baking soda and removed the soapy taste. While there are no instructions about the amount of time the cooker required, I found it needed to be cooked longer (for 40 minutes or so) than when it is soaked overnight. Then I fried the masala separately (onion, tomato, pomegranate powder, etcetera) and added it to the chana in the pressure cooker and cooked it for one more whistle. The chana and gravy looked dark and right. The taste was okay but the real intensity of flavour developed overnight in the fridge and the next day it tasted like the Bengali Market chana (the Pope of all chanas). So, yes, science works but for the complex flavour of a Punjabi chhole, the chana needs to marinate in the spices for a few hours. The Moti Mahal cookbook advises precisely that—to soak chana overnight, boil it and then marinate the boiled chana for a few hours in pomegranate powder, coriander powder, chilli powder, ginger paste and salt, and then cook it on a low flame for 40 minutes with the chana water. However, the whole Moti Mahal process, while scientifically accurate in terms of extracting the maximum flavour, takes a long time. Masala Lab’s suggestions significantly reduced the actual time I spent in the kitchen. So, a big tick mark for this experiment.

Another tip that works is browning the ingredients separately before adding them to the gravies. Though it is time-consuming, it does enhance the flavour thanks to the Maillard reaction (which Ashok explains as the process whereby the sugars in carbohydrates and amino acids in proteins are converted into an unstable molecule which rearranges itself into super-flavourful molecules). This tip is also in McGee’s book. I had always wondered about the rolled papads in restaurants, and now after I rolled a raw papad around a glass and microwaved it, I know why. It avoids creating dead spots (read about it on page 158). 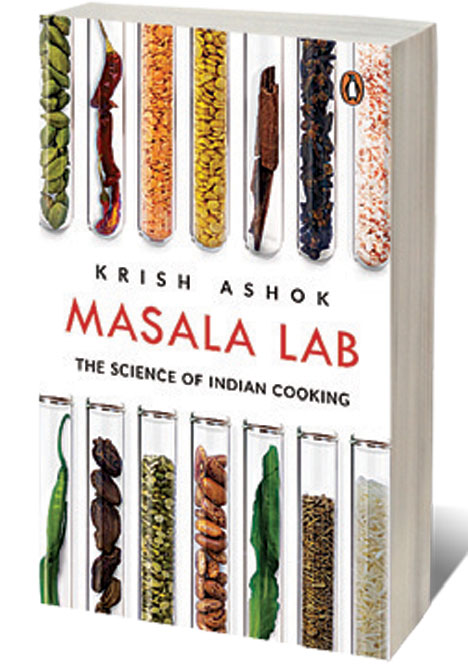 Another handy tip is to steam the vegetables, brown them and then mix with the gravy. Steaming is better than boiling them in salted water, and that is better than cooking it together with the gravy and spices from the start. This works. The cauliflower had a buttery and intense flavour while the peas tasted deliciously sweet. Tastier than if it had been cooked from the start in the tawa with all the spices. I would add a caveat here. Steaming is great if you are not using too many spices and gravy and if you are working with organic vegetables. But don’t bother with the non-organic kind which has little taste and needs to be smothered with spicy gravy. Here, one must pause and examine Ashok’s provocative assertion that Indian cooking is about techniques and spices rather than the ingredient. If you are cooking dishes with gravy or a large array of spices, then perhaps the ingredient may not matter as much. But for dishes where the spice profile is very simple such as using black pepper, salt, ginger and mustard or jeera seeds, the ingredient, I think, is very important.

Krish Ashok makes a great start for Indian dishes. His emphasis on cooking techniques to extract flavour works well for Indian dishes where one can’t really play around with the spice profile and create the same dish

The misconceptions aspect shows up in chapter five. MSG, which most of us who’ve grown up eating Chinese food and then drinking tonnes of hot tea or water now avoid, is pure umami flavour, says Ashok. He suggests that since umami amplifies saltiness and sweetness, a good way to reduce salt and sugar intake (which more and more Indians are being advised to do to reduce the risk of heart problems and diabetes) is to use small amounts of MSG in the dishes. Another misconception is using lemon juice or vinegar in meats to enhance the flavour. Turns out that acids make the meat tougher, but if you add a pinch of baking soda to mutton or beef and let it sit for five minutes, the meat will become tender. And, if you want something to brown quickly, then add a pinch of baking soda and it will hasten the process (example very crispy potatoes—I can vouch for this). I also did not know that we can only taste things that are water-soluble but the flavour molecules of most spices are not water-soluble. They need hot oil or alcohol. Here, Ashok introduces us to the idea of using a splash of alcohol before you add water for the gravy. Cheap wine, vodka, brandy or rum will do. I tried vodka with an aubergine cooked with onions, garlic, ginger, tomato and chilli powder, and it created more depth in the taste but also brought it closer to the Mediterranean version.

Researchers who have examined the flavour techniques of Indian dishes have pointed out that the flavour profiles of each dish are unique. This means you can’t substitute one spice for another because it will change the dish into something else. So using science in the Indian context is different from a North American or Western European one where such substitutions can occur and where multiple spices are used to enhance a particular flavour. Harold McGee tackled that subject for those geographies in his magnum opus. Ashok makes a great start for Indian dishes. His emphasis on cooking techniques to extract flavour works well for Indian dishes where one can’t really play around with the spice profile and create the same dish. Adding tomato paste or ketchup to raw tomatoes will intensify its flavour, he says. Use it in the dal tadka, he says. I did, and it certainly created an interesting taste that I liked but not the others in my family who were accustomed to the non-ketchup tadka.

This brings up another interesting assertion in the book—that recipes don’t matter once you understand the science of flavours. Chapter seven is titled ‘Burn the Recipe’ where Ashok promises to liberate us from the chaos of recipes by providing metamodels for rice, bread, gravy, chutney and raita. These are useful and can, for instance, produce fluffy rice or a great biryani. However, if one sees a recipe as a unique voice creating a nuanced flavour, then to recreate that uniqueness, you have to follow the recipe exactly as it is written. Think of a recipe like a book. Student kills moneylender (this would be a meta model). But this can be written like a potboiler by an easily forgotten writer and like a masterpiece—Crime and Punishment by Dostoevsky. This is where recipes are important. For instance, adding tomato ketchup to the dal tadka, while creating a delicious flavour, also changed the voice of the dal. For my family, it became pulp fiction (which I like) rather than a remembrance of things past.

While some parts of the book are a bit repetitive (example about the uses of baking soda, MSG and alcohol), how often can you say that you tasted a book and had great fun doing so? Masala Lab is a useful reference book too which charts out the flavour molecules and pairings of the spices we use in our dishes, the basic gravy and biryani algorithms, and for the more adventurous, the temperature and time taken to sous vide meats and vegetables.

What we need next, perhaps, from Ashok is a set of recipes (not algorithms) that use these science-proven tips to create flavour bombs. Now if you will excuse me, I am off to experiment with using beer to make cheese.