The rebuilding of the Ram temple is the triumph of resacralisation 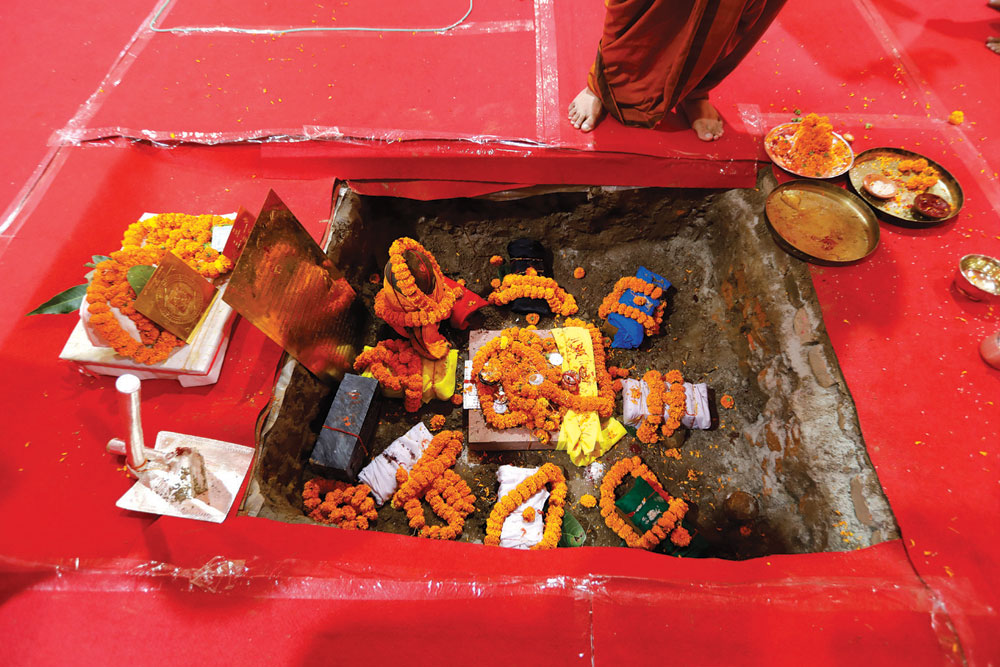 Today, everyone is talking of Ayodhya. And the grand Ram temple to be built there. For the ceremonial foundation-laying, Prime Minister Narendra Modi himself has flown to the sacred precinct. On the solemn occasion, present with him are Chief Minister Yogi Adityanath, Governor Anandiben Patel and Rashtriya Swayamsevak Sangh Sarsanghachalak Mohan Rao Bhagwat.

As one ordinary Rambhakt (devotee of Ram), who has walked all the way from Rajasthan to Ayodhya to participate in the function, puts it, “It is a day of great satisfaction, even elation for millions. Today, Ramlalla, for so long crying in a tent, will prepare to reascend his throne.” This tambu (tent) to takht (throne) transformation is nothing short of the reassertion of faith and hope in the persistence of civilisation rising up from the ravages of centuries of subjugation and suppression.

The erstwhile Babri Masjid, instead of being seen as a sad reminder of conquest, vandalism and religious intolerance, was sought to be turned by pseudosecularists into a symbol of the Republic, to be defended at all costs. Given that believers in Islam can pray anywhere and that mosques can be dismantled or shifted, the decades-long dispute over the site was more political than theological.

However, proven to be built on top of a destroyed temple, not even a sacred site to Muslims, the mosque, reduced to rubble, could not fuel discord forever. The heated, at times bloody, controversy over its control died a quiet death with the historic Supreme Court verdict of November 9th, 2019.

Our historians tried to whitewash, evade or shamelessly lie about the carnage and devastation that the Muslim conquest of India caused. But the cultural memory of people did not allow us to forget. Nor indeed the surviving contemporary evidence: from the top of the subcontinent, the Hindukush (literally Hindukiller) mountains to Kanyakumari, there is hardly a historic shrine or icon that does not bear the marks of defilement. At the very least, you will see a broken nose, the telltale mark of the religious vandal, theologically justified by an intolerant iconoclastic creed and materially rewarded by spoils of pillage.

Yet, despite so much carnage, mayhem and demolition, the peaceful reassertion of Sanatana Dharma is almost an inevitable miracle.

The Ram temple will be built in Ayodhya!

No wonder, this is a defining moment for the Indian republic. Much more so even than the restoration of the Somnath temple in Prabhas Patan, Saurashtra in Gujarat, in March 1951. Because it was so contested, the rebuilding of the Ram Mandir, after the destruction of the Babri Masjid on December 6th, 1992, signals a decisive shift in India’s self-understanding and self-assertion.

MODI, IN HIS speech, likened the Ram Janmabhoomi movement to India’s independence struggle, recalling the commitment and sacrifice of millions. It was a difficult, often uphill, endeavour, a fight characterised by the offerings of the living and the propitiations of the dead. Modi, recalling all those who had participated in it, bowed to them.

Similarly earlier, Bhagwat, remembering some of the key protagonists such as Ashok Singhal and Mahant Ramchandradas, who passed away before they could witness the day, said that they, and millions like them, were present in spirit, though not in body.

Both averred that the Ram Mandir would represent not just India’s ancient values, but also the meaning of modern India. It would be a symbol of unity, faith and purified intention. Because, notwithstanding the relentless attempts to destroy us, India had not only survived, but also managed to raise her head high in the comity of nations.

Ayodhya, too, would be transformed—socially, culturally and economically. The mandir would unite nara with Narayana, the human with the Divine. The foundation-laying was the triumph of Indian values of truth, non-violence, faith and rule of law. It was the Supreme Court that announced the verdict in favour of the temple. That was India’s way. As opposed to the iconoclasm and vandalism of the past.

History was also repeating itself. Just as all sections of India united to contribute to Sri Ram’s victory over Ravan, all the denizens of Gokul helped Krishna save them under the Govardhan hill, just as various castes and communities united under Shivaji and Suhel Dev to fight for svaraj or autonomy, and all sections of society joined Mohandas K Gandhi in our freedom struggle, Modi said that persons from every part of the country had contributed to the making of Ram Mandir.

Sri Ram himself is a combination of good qualities which make him an inspiring and ideal national hero for generations to come. Sri Ram is also the most compassionate ruler, worrying about the welfare of the weakest and most wretched of his subjects, down to the humble squirrel. That is why the temple is so important.

Modi emphasised that both the saguna (with qualities) Ram of Tulsi and nirguna (formless) Ram of Nanak and Kabir were true. Buddhists and Jains also revered Ram and Ayodhya. There are Ramayanas in practically every major language in India. Sri Rama is symbol of India’s unity in diversity. In Indonesia too, which is the world’s largest Muslim country, Sri Ram is still respected in Thailand, Cambodia, Malaysia, Vietnam, China and other parts of the world.


The Ram Temple symbolizes our coming of age, combining the best of classical, medieval, modern-and futuristic India. It is a monument to learning, not just to belief

The idea of Ayodhya or Avadh, which means non-war (a + yuddha) or non-killing (a + vadh), may also be interpreted as not being won or defeated by war or violence. If we go into the very depths of these notions, we will grasp their inner significance: a city presided by an ideal ruler will have no war or killing. No wonder the notion of Ayodhya has an appeal far and wide, beyond the borders of present-day India.

The temple symbolises our coming of age, combining the best of classical, medieval, modern—and futuristic India. It is a monument to learning, not just to belief. It should be not just be inclusive, but radically non-exclusive, welcoming visitors of all faiths from all over the world; it should also attract non-believers, secularists, and communists by its art and architecture.

Above all, it should be a monument to reconciliation and conflict resolution, not to revenge histories and triumphalist self-assertion. After all, Ram Rajya symbolises commonweal and sarvodaya (the welfare of all), not the domination of one class, religion or community over others. The Ram Mandir should therefore be a monument befitting not just Raja Ram but Ram Rajya.

But what is Ram Rajya? In The Great Indian Way: A Life of Mahatma Gandhi, Raja Rao says, ‘The Kingdom of Rama has been the dream of the Indian mind. The tiger will, according to the tradition, drink water at the same stream as the deer, and the elephant will never dream of the lion. … Sri Rama protects dharma.’

In a lecture delivered on May 24th, 1972, at the Woodrow Wilson Center, Washington, DC, Rao defined as it as the marriage of wisdom and power: “Every government promises its subjects happinessof one style or the other. Whether it be the holy Roman Empireor, the American revolution or the Hindu state, they would create a condition or conditions for the total fulfilment of man, this fulfilment being that realisation of God, of Truth or Peace.”

This goal can only be reached through sacrifice, that is making sacred, something that only ‘the sage of sages: the Guru, the Raj Guru, the wise being behind the King’ could do in the Hindu idea of polity. The rebuilding of the Ram Mandir is the triumph of this resacralisation against all odds. This is the true meaning of svaraj. This is the Great Indian Way.

Thus in the ‘Kingdom of Sri Rama, wisdom and power have to be divided only to be irrevocably married’. 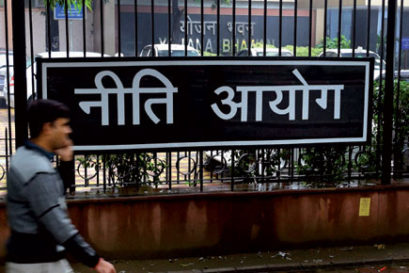