In which it’s cool to compare RSS to the Taliban 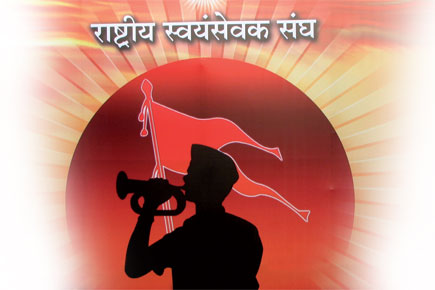 THE BOLLYWOOD LYRICIST and conscientious litigant Javed Akhtar compared the Taliban, shortly after they took over Afghanistan with a display of deranged brutality in August 2021, to the Rashtriya Swayamsevak Sangh (RSS).

A senior journalist, best known for her affection for internet Hindus, compared Islamism to Hindutva.

Creating false equivalences is a thriving Indian industry. The Taliban routinely execute ordinary Afghans. Last month, they placed a man at a distance of 100 metres and aimed a rocket launcher at him, blowing him up. Days later, in Kandahar, men suspected to have owed allegiance to the Ashraf Ghani government in Afghanistan were rounded up and shot dead.

Afghan women, meanwhile, live in constant fear. One woman, in full hijab, was killed by Taliban fighters when walking down a street because she was a woman.

For Akhtar to compare the RSS—however distasteful he might find its ideology—to the Taliban reflects deep-set prejudice, unworthy of a creative man of letters.

Hindutva, too, is not everyone’s cup of tea. But for a senior journalist to conflate it with Islamist ideology again bespeaks a bias no journalist should be burdened with.

What exactly is Islamist ideology? It is, to begin with, not Islamic ideology. Islamic and Islamist may appear to differ only alphabetically, but they are worlds apart. Islamists are violent. Example? The Taliban, the Islamic State-Khorasan (IS-K), Lashkar-e-Toiba (LeT), Jaish-e-Mohammed (JeM) and Tehreek-i-Labbaik Pakistan (TLP). Terrorism is their Islamist calling card.

No country, not even Talibanised Afghanistan or radicalised Pakistan, would dare call themselves an Islamist Emirate or an Islamist Republic. They are careful to name themselves, respectively, the Islamic Emirate of Afghanistan and the Islamic Republic of Pakistan. Even those with extremist views know better than to employ the word Islamist to describe their country’s ideology.

There is, of course, a purpose to the creation of false equivalences. It goes back to root causes. Under Mughal rule, Hindus were treated as second-class citizens. Jizya (tax) was collected only from non-Muslims. Hindu resentment bubbled, but under the surface. It found no outlet.

Under British rule, Hindus again were treated badly, often brutally. Hindu resentment drove the freedom movement and led eventually to the eviction of the British from India.


Being pro-Muslim is a passport into upper-class living rooms. The majority of Hindus are dismissed as the unwashed masses, unworthy of attention or respect

But the British weren’t quite done with India. During their 190-year indirect and direct rule, they had, with callous deliberation, deepened cleavages between Hindus and Muslims.

The British co-opted Muslims whom they regarded as a martial race—like the Anglo-Saxon British themselves. Hindus were interested in profit, Muslims in war, the British believed.

As Winston Churchill said during a speech at Royal Albert Hall on March 18th, 1931: “While the Hindu elaborates his argument, the Moslem sharpens his sword.”

The Anglo-Muslim nexus continued after 1947. It was British skulduggery at the UN in 1948 that stopped India from capturing large swathes of Pakistan-occupied Kashmir (PoK). India’s first Prime Minister Jawaharlal Nehru fell headlong into the British-Pakistan trap, ordering Indian troops to halt their assault.

The British left keeping their Indian political clones behind. They continued to appease minorities, refusing among other concessions to codify Muslim personal law.

Hindus, their resentment choked for centuries, finally rebelled. It is the single biggest reason for the rise to power of the Bharatiya Janata Party (BJP), and specifically, of Prime Minister Narendra Modi. If Congress and other political parties had practised even-handedness on matters of faith, BJP’s raison de’être would have collapsed.

Trinamool Congress (TMC) leader Mamata Banerjee was right when she said recently in Goa that “Congress has made Modi strong”. But she misstated the reason. Modi didn’t become strong because Congress “isn’t serious about politics”, as Banerjee theorised. It is because Congress with its dishonest secularism alienated enough Hindus to allow Modi to tap into Hindu angst. That angst had simmered for generations. It boiled over in May 2014.

Polite society treats Muslims as a minority persecuted by wild-eyed, trishul-wielding Hindutva hordes. They must be protected. Being pro-Muslim is a passport into upper-class living rooms. Muslim-love is a prerequisite to gain admission to these rarefied circles. The majority of Hindus are dismissed as the unwashed masses, unworthy of attention or respect.

Unfortunately, they vote. The lesson? Those who deal in false equivalences face the peril of irrelevance.