The End of a Conversation

Stray thoughts on politics after the death of Arun Jaitley 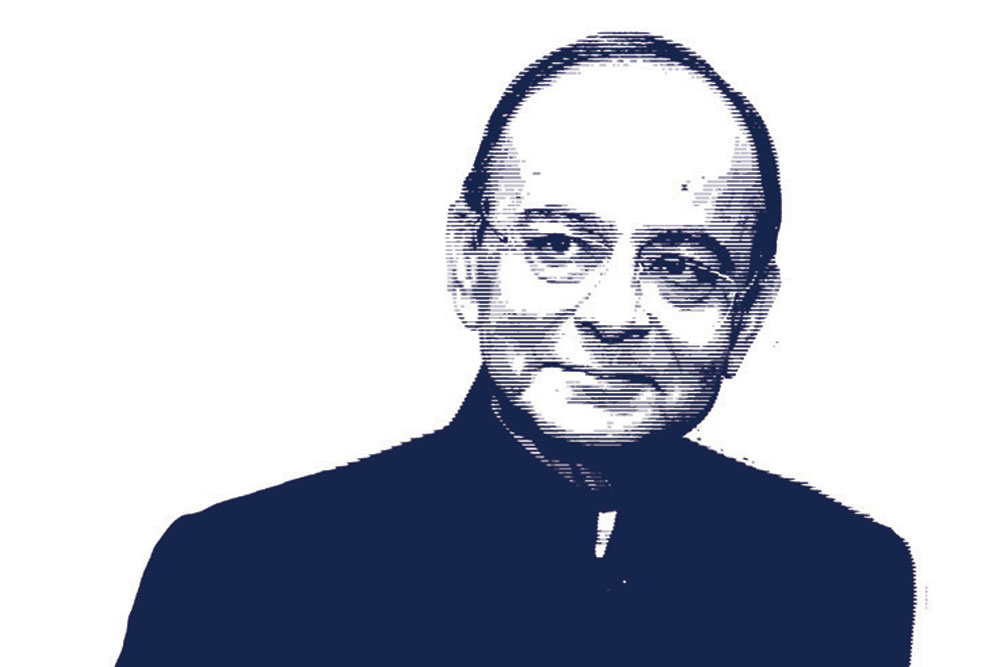 CONVERSATION IS PRECIOUS. It breaks the barriers between incompatible perceptions and polarising prejudices. It democratises the intimacy of communication, for an exchange of ideas may not demolish hierarchies but it certainly establishes the sovereignty of arguments, and celebrates the sportsmanship of outsmarting the other position. Conversations are more rewarding than the sermons from Mount Me Alone. Sermons are pre-packaged food for thought, demanding very little from the listener’s mind. Sermons are unilateral, unequal, condescending. The pulpit diminishes the personal.

Increasingly, conversations are not what make the political discourse today. Discourse itself is perhaps the wrong word. The political arena, populated by pumped up Ciceros and vain ventriloquists, is noisy. The classical rhetorician is gone. Reason has been de-weaponised. What we have in abundance is the savage sentence, not the sophisticated argument. The most shared sentiment is not respect but rancour, not civility but hatred. The art of politics today is devoted to building a suitable bogeyman, for the existence of enemies alone can make your words worthy of the news cycle. Enemies alone can make you look larger than your real, puny self. Politics of one-upmanship never gets tired of assembling convenient demons out of junk collected from the backstreets of caste and communal stereotypes. Even on the other side of the argument, we would like to see normal human beings, not holograms with horns.

In the age of political mesmerism—or what we call populism—the leaders who crowd the media space are fear merchants. They are manipulators of the mass mind. They tap into the paranoia of the vulnerable. They exaggerate, but never explain. They filter facts to create a false reality. They hate the normal. They need the bleakest present to market the glorious future. The aesthetics of unhinged populism is vulgarity.

Good taste, as Václav Havel said, is a prerequisite for good politics. Do listen. Be civil. Pause for a second. Spare a smile. Be patient. And acknowledge the validity of the other. We can’t take these virtues for granted any longer, though there are any number of them, the virtuous and the pompous, out there. Salvation theologies are pulp fiction, no matter socialist or nationalist, left or right.

The divisions are starker now. The tribes have taken over. Tribalism breeds blood feud. Not many dare to defy the demarcations of political tribalism. Tribal politics is not about competition or ideological warfare. It abhors civility, dignity and decencies. Tribal politics is built on the doctrine of annihilation. It is exclusivist, steeped in cosy superstitions. Blood is the metaphor of tribal politics.

On the left side of the fence, the struggle is no longer for power. It is the struggle for survival. It is a struggle for being there as the residue of a lost argument. The story is slightly different for those who still swear by liberalism. It is not an ism whose time has passed. It is that liberals have failed liberalism by reducing themselves to being identity warriors. Not just that. They have indexed the wretched and the disadvantaged to suit their version of the struggle for social justice, without realising that they have made the adjective ‘social’ meaningless here.

On the right, the divinity of the nation is what unites the base. For its shrill proponents, the nation is either a fairy tale or a war cry. For them its sanctity comes from scriptures. The overzealousness of the reawakened Hindu is partly because, for so long, the nation and the religion have been treated as corrosive agents by the enforcers of official secularism. Still, should the ascent of religious nationalism be the most obvious achievement of the Indian Right? Why is the nationalist so tentative and subconsciously socialist in the marketplace? Is it that the Indian Right is far from being adequately conservative?

The intellectual ancestry of conservatism is Western. It is a political response to cultural upheaval, a plea for the restoration of the familiar. As Roger Scruton, English conservative guru and philosopher, writes, “conservatism starts from a sentiment that all mature people can readily share: the sentiment that good things are easily destroyed, but not easily created. This is especially true of good things that come to us as collective assets: peace, freedom, law, civility, public spirit, the security of property and family life, in all of which we depend on the cooperation of others while having no means singlehandedly to obtain it.” It’s about regaining faith.

Political conversation has become less elegant with the death of Arun Jaitley, a life lived in the civility of arguments.