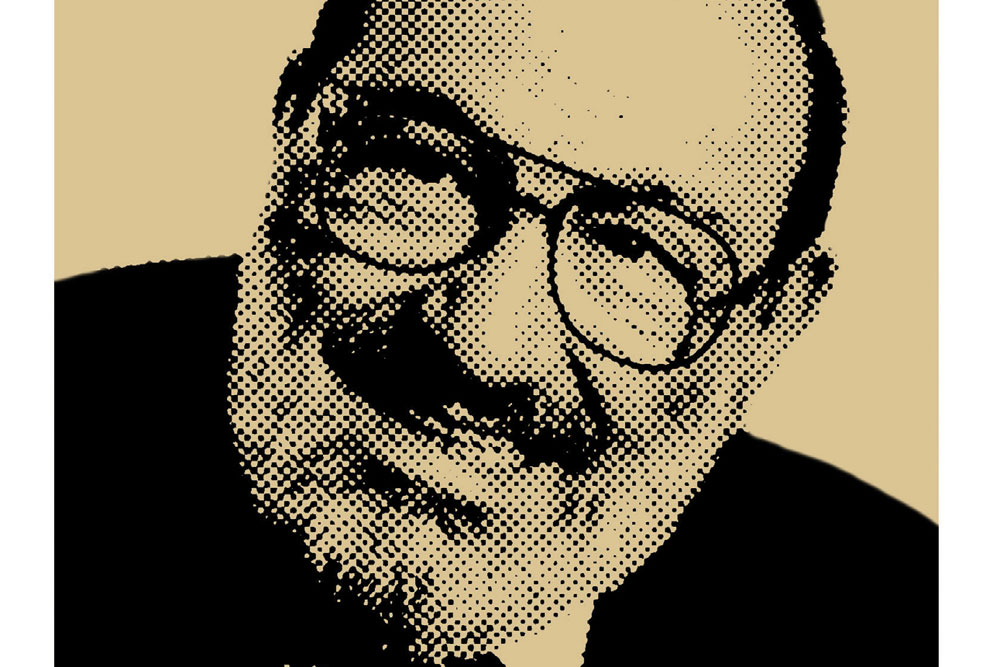 
IN 1675, ISAAC NEWTON wrote a letter to the great experimentalist Robert Hooke in which he famously mentioned, ‘If I have seen further it is by standing on ye shoulders of Giants’—a line that has since then been deployed with sincerity and, on occasion, with cynicism by self-promoting hucksters. But thanks to American sociologist Robert K Merton, we have come to learn that even the luminous Newton borrowed that line, or some version of it, from those who came before him. If we go in search of the origins of that statement, we arrive at the doorstep of a 12th century French philosopher, Bernard of Chartres, who had said, “We are like dwarfs standing on the shoulders of giants.” This formulation spoke to the historic tension between dwarfs and giants in the premodern imagination. (Ovid writes in The Metamorphoses, ‘My mind is bent to tell of bodies changed to other forms.’) What is important to note here—as Umberto Eco tells us—is a deeper shift in semantics and register in this statement. Sometime in the 11th-12th centuries, the word ‘dwarf’ was replaced by ‘man’. By the time we get to Newton in the 17th century, the generic category of ‘man’ was put aside and Newton entered the statement as himself, as a subjective individual experiencing agent. Ironically, by our time today, we equate any act of ‘greatness’ with doing something that our ancestors had never done before. To be called ’great’ now, it is not just important to deny the supervening hand of our intellectual forebearers, we are expected to ‘kill one’s father figures’. Greatness can only come from patricide (and increasingly, matricide). We have gone, as Eco writes, from thinking of ourselves as dwarfs in relation to the past to equal as humans to finally now as supermen in contrast to our ancestors. Perhaps nowhere do we see this cult of originality most vividly aspired for than in the creative fields—especially amid writers, artists, sculptors—with a great many who spend considerable energy to project themselves as solitary figures of genius.

The consequence, especially following the rise of the ‘creative writing’ programmes in the post-World War II era, is that writers have written aplenty on what writing means to them and their craft. Any writer who has hawked his wares in a public reading will attest to receiving a sacramental question—‘Can you tell us about your process?’—which is a crystalline moment of truth similar to when a priest at a confessional enquires about one’s latest tryst with sin. Few writers are asked, and fewer still, tell us about how they read. In recent years, Umberto Eco was a glorious exception who sought to clarify, explicate and ultimately make art out of the very acts of reading, misreading and even dying in what would become a mausoleum of unread books—an ‘anti-library’ if you will. It is five years since Umberto Eco died at the age of 84, in February 2016, after having done pretty much all one could imagine as a writer. He was a widely read and an influential columnist; an essayist who wrote playful as well as penetrating pieces; a novelist who wrote his first book at the age of 48 about an improbable subject—a murder mystery in a monastery—which went on to become an international bestseller and a film starring Sean Connery (the idea of James Bond as a celibate monk must not have escaped Eco); and he had a successful career as a professor of semiotics at the University of Bologna in Italy. He drew on a vast canvas ranging from medieval Europe to Mussolini’s fascism (under which he grew up) to present-day media and its metaphysics. His subject and style were as largehearted, intricate and filled with unexpected insights as his love for the medieval arcana. Like any self-respecting mid-20th century intellectual who arrived on the European scene after Freud, he was fond of counterintuitive assertions: in an essay on the nature of beauty and ugliness he writes, true to form, ‘Beauty is detachment, absence of passion but ugliness, by contrast, is passion’. But he did so to illuminate rather than out of some contrarian habit. In his essays, which are voracious in their quest to know more and delightful in their willingness to traverse the highminded as well as the profane, his style often involved him inspecting a proverb, an idea, an event—something seemingly innocuous—out of which precipitates an elaborate set of reflections on the human experience across millennia.

He borrowed freely from books and codices and wandered widely, like a monk on route to collect his daily alms of knowledge, often returning to reflect fondly and wisely on his permanent obsession: the source of the absolute in a world rendered unstable by the relative. Early in his novel Foucault’s Pendulum, he writes:

‘I knew the earth was rotating, and I with it, and Saint-Martin-des-Champs and all Paris with me, and that together we rotating beneath the Pendulum, whose own plane never changed direction, because up there, along the infinite extrapolation of its wire beyond the choir ceiling, up toward the most distant galaxies, lay the Only Fixed Point in the universe, eternally unmoving.’


Before collective hallucinations such as QAnon arrived, Umberto Eco told us about their seductive powers, especially in the age of mass media. Seeing the world in this manner, all life is about uncovering a veil of dissimulation: Eco echoed his tryst with the Catholic church as a child in Mussolini’s Italy. Many went about uttering fascist cries, while privately doubting, laughing at, mocking the moronic claims made by Il Duce’s squarejawed vanities

The ‘relative’ is another name for half-truths, lies, evasions, white lies—all that destabilise or deny the meaning between the signified and the signifier. But this destabilisation doesn’t come solely from one person or a particular time in history; Eco’s novels and popular essays told us that we are never immune to the lure of the False at any point in history. From Ptolemy to George W Bush in Iraq, the great truths about falsity are its indomitable instinct for survival and usefulness to the powerful. Eco’s ideas of the False were not simply a Noble Lie, but rather they were deeply felt retellings of how the world ‘really’ works. Before collective hallucinations such as QAnon arrived, Eco told us about their seductive powers, especially in the age of mass media. Seeing the world in this manner, all life is about uncovering a veil of dissimulation: Eco echoed his tryst with the Catholic church as a child in Mussolini’s Italy. Many went about uttering fascist cries, while privately doubting, laughing at, mocking the moronic claims made by Il Duce’s squarejawed vanities.

Eco as a novelist was relentless in his efforts to steadily, patiently reveal that the world is more than what it is. Freud provocatively (and preposterously) wrote in ‘The Acquisition of Fire’ that ‘the control of Fire could be gained only after man had renounced the homosexually tinged pleasure of extinguishing it with urine’. What matters is not the truth value of that assertion but that there were ideas—irrespective of whether they are wrong or right, foolish or wise—whose most important quality was their stickiness. There are some ideas that, like some venereal infections, you simply can’t get rid of. We can fight them, deny them, refute them—but they persist with singular stubbornness. Eco’s novel The Prague Cemetery is about one such infernal lie about Jewish world domination that has persisted in the European and Arab worlds. People who were wedded to such permanent inflictions of the mind—paranoiacs, conspiracy theorists, schizophrenics—aroused pity and compassion in him, but they also offered him a way to tell us stories where we realise that our ‘normal’ world is deeply abnormal under closer inspection.

Despite this great efflorescence of ideas, provocations and reflections in his writings, Eco’s world seemingly stopped at the edges of the Bosphorus (except for occasional medieval European myths such as ‘Prester John’, a Christian king of India). This is unlike his illustrious fellow-countryman Roberto Calasso, with whom Eco ostensibly had a happy rivalry to collect rare books. (Calasso writes, ‘It’s like two little boys showing off their marbles.’) In our all-too-charged times, it is tempting to describe this Eurocentric literary worldview as a form of ethnocentrism. But to do so in the name of some misguided idea of mandated egalitarianism would be to miss something fundamental about how knowledge flourishes: by thinking intensively and speaking carefully about that which you know well. Once we sidestep questions regarding the politics of representation, what Eco has left behind for us, irrespective of where we come from, is a way of engaging with the world—a playful scepticism that was dedicated to undermining any claims of religious dogmatism or political authoritarianism or secular righteousness. He teaches us, like his great detective-monk-hero William of Baskerville in The Name of the Rose, that behind the questions we publicly pose are often the real questions we dare not ask. What Eco also teaches us is that there is no excuse not to write with a sense of lightness and a freedom to wander freely without the fear of appearing frivolous. Often upon rereading Eco’s writings—as the gurgle of his prose and the vividness of his learning recedes—a realisation slowly arrives that all the while as a reader, I had been sitting on the shoulders of that rarest of beings: a giant of the mind.