The Citizenship Amendment Bill, which excludes only Muslims, is an affront to the idea of India 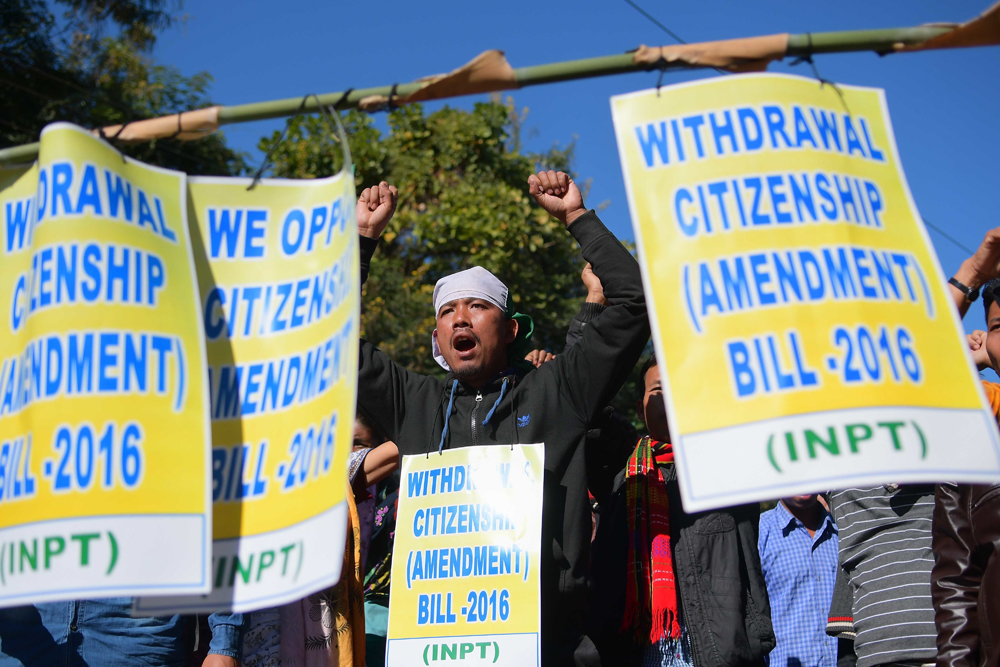 BANGLADESH HAS SINCE the beginning of this decade seen a series of murders of atheist bloggers by Islamic fundamentalists. The killed included both Muslims and Hindus by birth even if they didn’t follow any religion by conviction. But according to the Citizenship Amendment Bill (CAB), which has just been cleared by the Union Cabinet and will soon be introduced in Parliament, if all these bloggers had escaped into India more than six years ago, only Hindus would be allowed to stay on. Also, Christians, Jains, Buddhists, Sikhs and Parsis from Pakistan, Afghanistan and Bangladesh can all find a safe harbour in India. But Muslims are deliberately excluded, blowing to smithereens the idea of India as a nation in which religion is separate from state.

For years now, whenever accused of being anti-Muslim, Narendra Modi’s counterargument has been along the lines of ‘if a road is built, don’t members from all communities walk on it’. The case being made, and now parroted by the whole of the Bharatiya Janta Party (BJP), was that their plank is not discrimination but the ending of a reverse discrimination fomented by the politics of pseudo-secularism and vote-bank politics. And when, after returning to power in the recent Lok Sabha elections, Modi exhorted on ‘sabka saath, sabka vikaas’, it also suggested inclusion. But the CAB shows just how short the life of that promise was. It is hard to think of any policy in recent times that makes the Indian Government look so shamelessly discriminatory against one religion. It harks India back in a reverse direction all the way up to what Partition meant in the minds of Hindu extremists, which is: since Muslims got a country called Pakistan, why do they need India? But the founders of this country were clear in the Constitution that India would not be a mirror image of what Pakistan ended up becoming.

If the intent of the Bill is to provide protection from persecution, then to choose the persecuted according to religion insults the idea of compassion. There are plenty of Muslim subsects who are political targets in all these countries. In Pakistan, for example, Ahmadis have for long been discriminated to the extent that they have been designated as non-Muslims there. If the BJP Government’s argument is that Muslims have other Muslim countries to flee to, then so do Christians—the whole of the Western world—and even Buddhists—Sri Lanka and Myanmar.

There is no other way to see this move than as a deliberate humiliation of the Muslims. This is not minority non-appeasement but active discrimination. Even if all their accusations of India’s history of minority vote bank politics are true, that does not change the nature of what they are trying to do now—to twist India into a country in which one religion’s members must be shown that they are inferior. It will obviously be challenged in the courts and the sooner such a policy is junked into the dustbin of dangerous ideas, the better this country can feel about itself.