The Code of Money

How bitcoins solve the problem of trust among bearers of currency 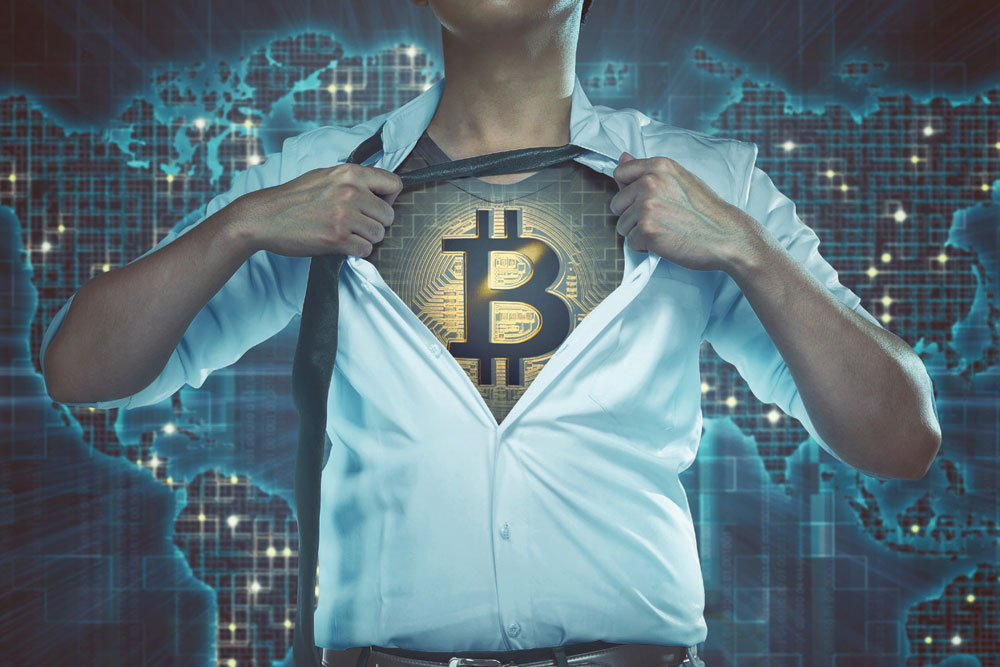 
LET’S BEGIN WITH an allegory. Imagine that many regiments of a Byzantine army are laying siege outside an enemy city, with each regiment commandeered by ambitious men who are not averse to the idea of betraying their own peers, if by doing so they could themselves profit. The one constraint however is that these commanders can only talk to each other through messengers while they try to coordinate a plan of attack. Thus, the global challenge facing the commanders as a group—or a lead commander and his underlings—is the following. Any plan they devise must fulfil the following conditions. One, all loyal commanders must agree on the same plan. Two, a small group of traitors cannot mislead the group from choosing a ‘good’ plan. In 1982, scientists Leslie Lamport, Robert Shostak and Marshall Pease showed that the ‘Byzantine Generals’ Problem’ is no different than the problem of how do we trust a system or a network when there can be ‘arbitrary malfunctioning’ or when malicious actors are involved. For nearly 27 years, the Problem simmered within the computer science community but rarely slipped into the mainstream. Then, on November 13th, 2008 a pseudonymous post on a cryptography mailing list that was discussing ‘a new electronic cash system that’s fully peer-to-peer, with no trusted third party’ declared: ‘The proof-of-work chain is a solution to the Byzantine Generals’ Problem.’ The post was made by somebody who called himself or herself Satoshi Nakamoto and the electronic cash system was bitcoin.

A decade or more later, many have heard of bitcoin, even if its exact functioning still remains a mystery to most of us. From afar, bitcoin seems a bit superfluous—at best, a plaything of the nerds and geeks. But now at the cusp of its teenage years, the bitcoin-led revolution in finance has continued to grow in ways that perhaps Satoshi Nakamoto never envisioned. When faced with this reality of its growth, the natural question one ought to ask is what fundamental question or problem is bitcoin trying to solve? To understand this, we need to move away from technology and ask that most metaphysical of questions about the most material of things: what is money?

In November 2001, as the world was coming to terms with the aftereffects of the 9/11 attacks, two economists—Nobuhiro Kiyotaki and John Moore, both of them taught at the London School of Economics—wrote a paper titled ‘Evil Is the Root of All Money’, which inverted a popular bit of Biblical moralising. In the paper, they sought to understand an old problem: why does money exist? At its simplest, they argued that in a world without money, individuals could simply write each other IOU notes for services rendered. But this doesn’t happen. Instead, a centralised authority’s (‘the bank’) IOU becomes an object that is trusted across the economy and helps facilitate economic interactions. A bank-issued IOU paper, in effect, performs the role of money. What Kiyotaki and Moore argue is that money, in effect, is a technology that solves for trust deficit in society.

What is important to notice in Kiyotaki and Moore’s formulation are the following: (a) the presence of an institution called the bank that everyone trusts; (b) everybody values trust in the system similarly; (c) the bank has the ability to track the production of IOUs via a ledger or an electronic database. What Kiyotaki and Moore don’t clarify is what they mean by ‘trust’. And more dangerously, what happens to money if our trust in that centralising authority fritters away?

All the while as financial economists theorised about the origins of money, hidden from popular press, in the subterranean world of chat forums dedicated to cryptography, a handful of pioneers—names that deserve much wider reknown than today, which include the late Hal Finney, Nick Szabo, David Chaum, Adam Back, Wei Dai, Gavin Andresen—went about tinkering, conceptualising, discussing, writing code, debugging, inventing new analytical techniques in the hope of arriving at a self-contained peer-to-peer electronic cash system. Despite many stabs at various versions of digital money since the 1980s—called bcash, bitgold and so on—the hardest question was about how to form a consensus about the ‘state of the world’. One of the participants in a chat forum, James A Donald, summarised it thus: ‘It is not sufficient that everyone knows X. We also need everyone to know that everyone knows X, and that everyone knows that everyone knows that everyone knows X… .’ It is the solution to this problem, the Byzantine Generals’ Problem—that allowed for the creation of bitcoin.


When faced with the reality of bitcoin’s growth, the natural question one ought to ask is what fundamental question or problem is it trying to solve? To understand this, we need to move away from technology and ask that most metaphysical of questions about the most material of things: what is money?

Nakamoto’s solution was to ensure that every block of information in the bitcoin network had three components: (a) information about new transactions; (b) the prior block of information with its own set of transactions; (c) a timestamp of that block’s creation. By concatenating these blocks together—thus, the word ‘blockchain’—we have, in effect, a long list (a ledger) of transactions and their time stamps. The challenge is how to get several computers to form a consensus. This consensus can only be produced if two principal criteria are met: 1) the rules must incentivise truthtelling as far order of transactions are concerned; 2) every act of truthtelling must however be costly. Nakamoto’s underlying thesis should be familiar: only those with skin in the game can, on average, be more trusted to describe the world accurately.

The question then becomes about how we make verification ‘costly’. To address this, Nakamoto relied on an older attempt by the cryptographer Adam Back, the inventor of an earlier avatar of electronic money, Hash Cash, to solve the same problem, wherein costly signalling in terms of computer processing power is called ‘proof of work’. In Nakamoto’s scheme, every node (a cluster of computers) tries to solve a difficult mathematical puzzle. The answer to that puzzle is a cryptographic transformation (‘hash’) of all the data in the block (which contains the previous block, the new transaction and the time stamp) which fulfils dynamically set conditions. Upon solving that puzzle, the computer broadcasts the solution to the rest of the network. The rest of the computers in the network check if the proposed solution is correct before using that latest block of information. It is important to recognise that a correct solution signals publicly that enough computing power has been expended (‘proof of work’) to arrive at a solution that maintains the fidelity of the order of transactions thus far. What is important to note is that the rest of the computers update their knowledge of the state of the world after having verified their peer computer’s solution without the help of any centralising mechanism. The successful implementation of this idea is at the heart of the bitcoin network.

The question that follows is how does the system incentivise truthtellers? The answer is brilliantly simple: by distributing bitcoin programmatically, up to a maximum of 21 million, to whoever helps in verification of the order of transaction in the system. The more successful verification you do, the more bitcoins you collect. It is this distribution mechanism that acts as a ‘money supply’ in the bitcoin economy. Per Nakamoto’s original design, the older and more popular the bitcoin network gets, the less reward will be given out to those who validate the transactions (the ‘miners’). Thus, ‘in 2012, the amount of new bitcoins issued every 10 minutes dropped from 50 bitcoins to 25. In 2016, it dropped from 25 to 12.5.’ Now, in less than two weeks, it will further drop from 12.5 to 6.25 bitcoins. What this does to the value of bitcoin (around $8,700 at the time of going to press) goes beyond mere academic interest. Billions of dollars now ride on the bitcoin economy, precisely as our trust in global institutions is at its lowest. Theoretically, with less bitcoin being supplied, it ought to gain value relative to any other asset that is produced more freely. And few things have been produced more liberally than fiat money in the form of dollars, euros or rupees. But the reality of bitcoin’s price dynamics may have something yet to teach us about this strangely wondrous dream of money without the need for trust in an institution.