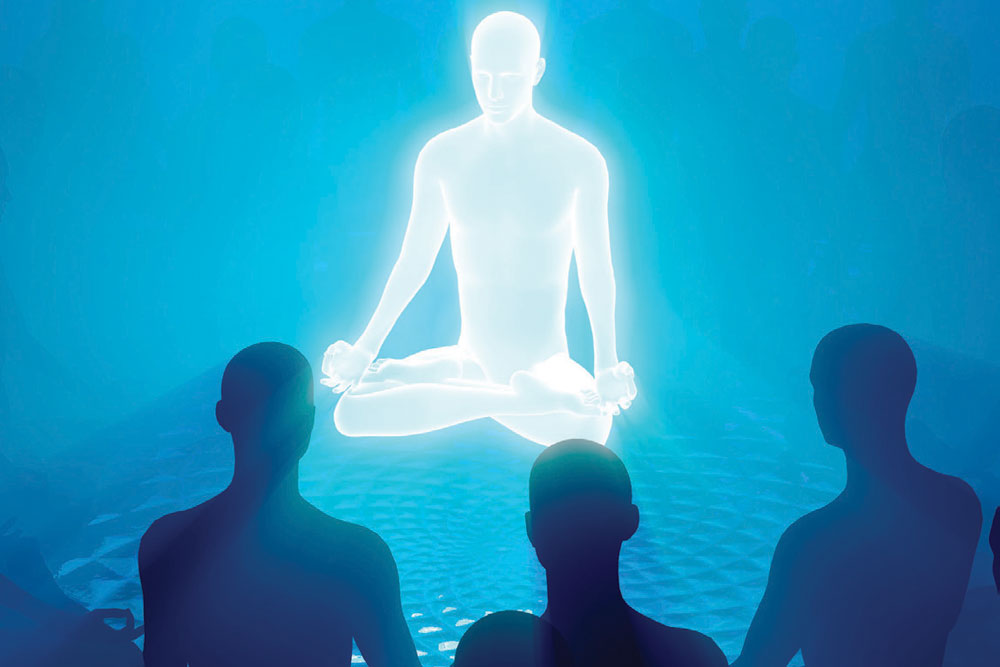 
Student: Before we continue our journey into the Indian past, may I ask you a very topical question?

Teacher: The nature of our dialogue not only permits but welcomes, such interventions.

Student: What do you think of the sacking of a certain party spokeswoman over her remarks on the prophet of a certain faith?

Teacher: Most unfortunate. She was thrown under the bus. She’s even been removed from the primary membership of the party. Actually, she was only stating what the records of that particular faith attest. But it is not acceptable to say or do certain things, as the Charlie Hebdo massacres show us, even in recent times.

Student: But didn’t she go too far, that too on national television?

Teacher: Certainly. As a party spokesperson, she should resist provocations and show restraint. She must only think of her party and its welfare.

Student: Yet, it seems so unfair. Especially, given that the issues that the spokesperson was battling were fomented by her party, weren’t they? Such as finding Shivlings in mosques?

Teacher: If you start digging up history, what you’ll discover is not pleasant. It is said that the very steps of Delhi’s Jama Masjid have idols buried in them. There are similar claims, based on Muslim historians themselves, of other places, including the grand mosque at Ghazni, which is supposed to have fragments of the Somnath idols under its steps.

The question is what are we trying to prove to ourselves and to the world?

Student: We want to reclaim our past, which was destroyed by the Muslim invaders.

Teacher: But can we do this at the cost of the present? This great country, which is the custodian of a civilisation, trying to thrive in a hostile world—can we risk its social harmony through such avoidable provocations?

Student: What about the party spokesperson? Wasn’t she made a scapegoat?

Teacher: That is how regimes always protect themselves. It’s typical. Who knows, she may be reinstated or rehabilitated some other way? The party has so many resources at its command, a thousand eyes and a thousand hands, so to speak.

Student: But what sort of message are they sending—the moment you get into trouble, we’ll drop you like a ton of bricks?

Teacher: That is politics. Political compulsions rule. Not courage of convictions. All systems close in in a similar manner to protect their own, sacrificing the “troublemaker” unceremoniously.

Student: But the diplomatic fracas all over the Muslim world? Was India prepared for that?

Teacher: We have over 8 million Indians in the Gulf, with close to 7 million in just three countries—3.5 million in the UAE, 2.5 million in Saudi Arabia, 700,000 in Qatar. They send huge amounts of foreign exchange back to India. Before unleashing an attack of the sort we’ve seen over the last few months, shouldn’t we have thought about all the consequences?

Student: Now, we are on the back foot again. Needless aggression has pushed us back into an appeasement mode.

Teacher: Affirm yourself; do not be needlessly aggressive against non-Sanatanis—that is our way. That is what Svaraj means. Hope the powers that be will realise this and dial down their cultural and religious rhetoric.

Student: By unleashing so much aggression, did we play into the hands of our adversaries?

Teacher: Al-Qaeda has already issued a statement threatening suicide bombings in India. We need not open wars on too many fronts. It’s like an Abhimanyu entering a chakravyuh. We should borrow a leaf out of China’s “peaceful rise” under Deng Xiaoping. Hindus are not yet strong enough for Xi Jinping’s “wolf warrior” mode.

Student: What is the way forward?

Teacher: We must plot this in the wider context of the civilisational war that we have been talking about.

Student: What do you mean?

Teacher: Very simply speaking, India is the only ancient civilisation to have survived the onslaught of three-and-a-half monotheisms: Islam, Christianity, and communism.

Student: Really! This is quite an original statement. At least, I have never heard it before. And which is the half that you haven’t mentioned?

Teacher: It is modernity. Born out of the breakdown of religious authority in Europe, it too promotes dominant scientific secularism that doesn’t tolerate dissent. But the good thing is that science itself is not a dogma in the orthodox sense. Because scientific progress is based on jettisoning what is falsifiable. If you look at what scientists believed in 100 or 200 years back, you’d be shocked. We would reject it today as totally unscientific.

Student: But science has also been penetrated by wokeism today, hasn’t it?

Teacher: That is unfortunately true. There are certain taboo topics about which “truth” is unacceptable.

But the good thing about Western modernity, underwritten by science, is that there is a pluralism of belief systems. Unlike the religious cultures of yore. Even they were plural, actually, but never permitted to express themselves officially. And so much violence was unleashed by the believers among their own kind. Throughout the centuries. It still continues.

That is why Swami Vivekananda thought that science was the best ally of Vedanta. Both were based on experimentation and falsification. Whatever didn’t hold up to scrutiny could be discarded.

Student: In other words, our entire strategy in our civilisational war needs to be re-thought.

Teacher: Indeed. How will you counter the centuries-old iconophobia of all the three great Abrahamic faiths, plus modernity. Or for that matter, the overt or covert mockery of Hindu gods and goddesses in Bollywood and OTT platforms? Can you dare say a word against certain religions or their prophets? Or for that matter, of communist regimes and dictators? You can’t. In the case of the former, they’ll burn down the movie hall or resort to some other sort of violence. In the latter’s case, the intimidation is economic but no less effective.


The past itself is like dense fog or darkness of the night until we begin to see it, first uncertainly, then more clearly. Of course, it can never be fully known. Nothing reveals itself to us fully. A part of it always resists disclosure. Yet, what it shows us gives us clues about what it is, and who we are

How can you compete with this vast array of anti-Sanatani forces aligned against you, to which you might add caste and equality lobbies in the West targeting Indian individuals and businesses that have done well?

Student: What, in your view, is the way forward?

Teacher: That is what this dialogue is about, isn’t it? How to preserve, promote, and persevere our Svaraj?

We have to discover our own strengths and weaknesses. What allowed us to survive against so many odds? And why did we fail so badly, too, in recognising our adversaries?

Student: The same struggle as centuries past?

Teacher: And the same answers too—know yourself and know your enemies. Atmabodh and Shatrubodh. Lacking in both, you will fail in the modern world as you did in the medieval.

Student: But knowing oneself is a very difficult thing, isn’t it?

Teacher: True, but it is what we have devoted our civilisational energies to, from the very beginning.

Student: Knowing oneself and knowing the world are, however, related?

Teacher: Look at the world around you. People respect you for your economic and military strength. Everything else comes second. Cultural or religious grandstanding is of little value. Even in terms of electoral gains, it may not work again and again.

Student: So, we should concentrate on becoming an economic powerhouse, above all?

Student: And the journey to know oneself is an ongoing and continuous process?

Teacher: It is only when we understand India that we can face up to the arduous challenge of reclaiming it.

Things remain concealed till they are brought into a clearing where they may be known. It is the process of making the past present so that it can turn into a better future for all of us.

Our trying to know the past better brings it into a relationship with us right now.

Till they are known, things remain only partially visible, in penumbra as it were.

The past itself is like dense fog or darkness of the night until we begin to see it, first uncertainly, then more clearly. Of course, it can never be fully known. Nothing reveals itself to us fully. A part of it always resists disclosure. Yet, what it shows us gives us clues about what it is, and who we are.

And we are speaking here of the pasts, the vasts, of India, of this sub-continent, whose present we trying to reconnoitre and reshape.

Those pasts, vasts, show themselves to us in tantalising ruins strewn here and there. From these fragments, we may get an idea of what things were like. We may read about the past—no doubt that may help. But when we connect what we read to what we see, feel, touch, and experience, then the past speaks to us more vividly, yielding its stubborn secrets to us, if we are prepared to coax and cajole it into self-disclosure.