A ‘halwa’ ceremony, a practice that has its roots in British times 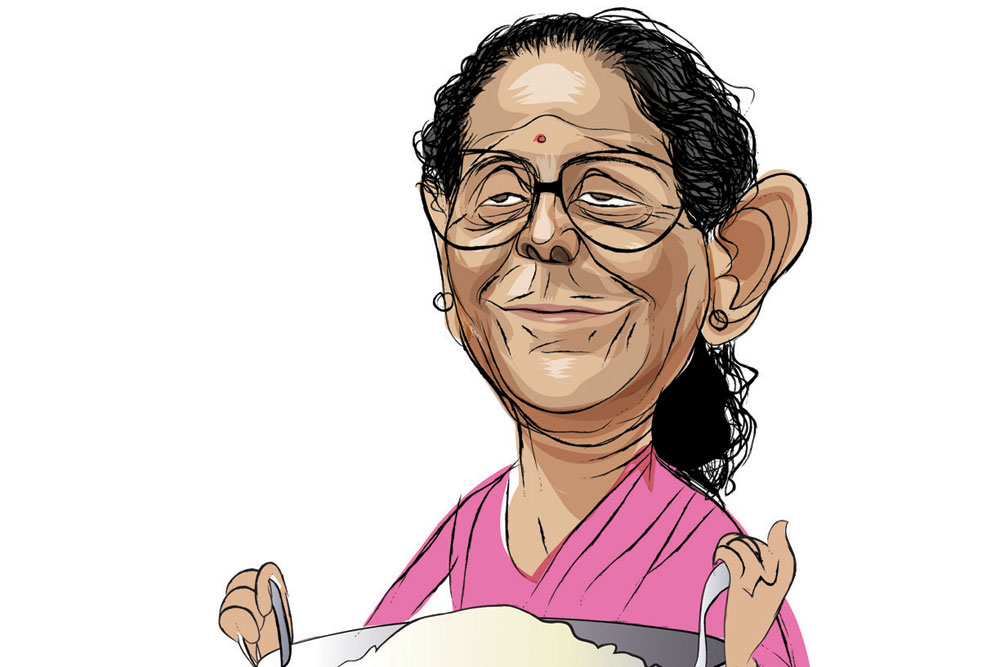 
Before the Union Budget, officials entrusted with preparing the document are kept in seclusion in North Block. Just before this is carried out, there is a ‘halwa’ ceremony, a practice that has its roots in British times. This time round, there was a minor change. Instead of one cook who makes the sweetmeat, there were four from different parts of the country preparing varied halwa dishes, reflecting the culinary diversity of India. There was even a sugar-free halwa. Finance Minister Nirmala Sitharaman even gave a finishing touch to the cooking. There was also a good lunch included in the proceedings. Even when working in ‘captivity’ during the run-up to the Budget, these officials will be served meals four times a day by cooks who will also be ‘imprisoned’ in North Block.

After completing his pet project, the massive Statue of Unity, Prime Minister Narendra Modi’s focus is on making the biggest cricket stadium of the world in Ahmedabad. Work has been quietly going on for a while and it is even said that should US President Donald Trump visit India in the near future, he will be taken to the stadium, maybe for a cricket match.

Pakistan Prime Minister Imran Khan is said to be keen on meeting Narendra Modi. Recently, through a non-diplomatic Bollywood source, he asked the Nepal Prime Minister to initiate the reach-out. Modi and Khan have both been invited to the Sagarmatha Sambad in Kathmandu. It is an annual event begun last year that seeks to build dialogues between nations. This year, it will take place in April and the theme is climate change. A breaking of the ice between the leaders of India and Pakistan would be a feather in Nepal’s diplomatic cap.

The National Book Trust, under the aegis of the Ministry of Human Resource Development (MHRD), got a new director in Lieutenant Colonel Yuvraj Malik. Before him, Rita Chowdhury had held the position. She was a litterateur and a Sahitya Akademi award winner. Malik, however, is not from the world of letters and so his appointment is something of a puzzle. Some think the reason could be the promotion of nationalism. Ostensibly, the MHRD officials are not very pleased about an army man on their turf. 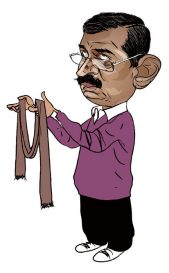 A striking aspect of this Delhi Assembly election is the missing muffler of Arvind Kejriwal, despite the chilly winter. Earlier, Kejriwal used to be assailed by cough, cold and throat infections but he now seems fit and fine. He had gone to Bengaluru for a naturopathy treatment and that seems to have worked for him. He wakes up early at 5 AM and also maintains a daily yoga habit, like Modi.

After Atal Bihari Vajpayee, Lal Krishna Advani was clearly marked out as the leader of the BJP. Following Advani, there was a void as to who could lead the party, with several claimants but no clear choice. Now the same question might return to the party. After Narendra Modi, there is Amit Shah. But who will lead the party after Shah? JP Nadda may have become party president but his tenure is only till 2023. Bhupender Yadav is one name floating around. Amit Shah apparently likes him and he was a key player in the Maharashtra state elections.

An interesting independent who is contesting against Arvind Kejriwal in the Delhi election is Daya Shankar Agarwal, a 73-year-old former professor of Delhi University. He is also a yoga teacher and a dancer. At Khan Market, he canvasses from shop to shop mentioning his agenda to do away with all cash from elections, thus ending corruption. He is a serial candidate during elections, who earlier had fought against Narendra Modi in Varanasi in the Lok Sabha polls.

After BJP leader Kailash Vijayvargiya’s controversial speech associating the poha dish with illegal Bangladeshi migrants, the Trinamool Congress and the Congress in West Bengal are trying to make political capital out of it. At different places in Kolkata, party workers are having chire, the Bengali name for poha, as a sign of protest, stating that it is an Indian dish eating which doesn’t make them infiltrators. Apparently, the BJP top leadership has told Vijayvargiya to issue a clarification in his next Kolkata visit.

In the Delhi election, the BJP has come out with a new campaign tactic—the party has hired boys to perform street threatre. About five to six of them, dressed in green shirts and black trousers, can be seen touting the party’s programme with dialogue, music and dance. The plays have been performed in a number of Delhi locations, including Khan Market. What is noteworthy is that this is usually a campaign style associated with Left parties and the Aam Aadmi Party. It seems like the BJP has borrowed a leaf from the JNU that it has targeted in
the past.

Is Telugu Desam Party (TDP) leader N Chandrababu Naidu trying for a rapprochement with the BJP? He reportedly called a powerful Andhra officer who is close to M Venkaiah Naidu and sent a message of friendship. But Prime Minister Modi is not keen on a revival of ties with the TDP, given that the BJP has the YSR Congress on its side and the TDP is weak in the state.