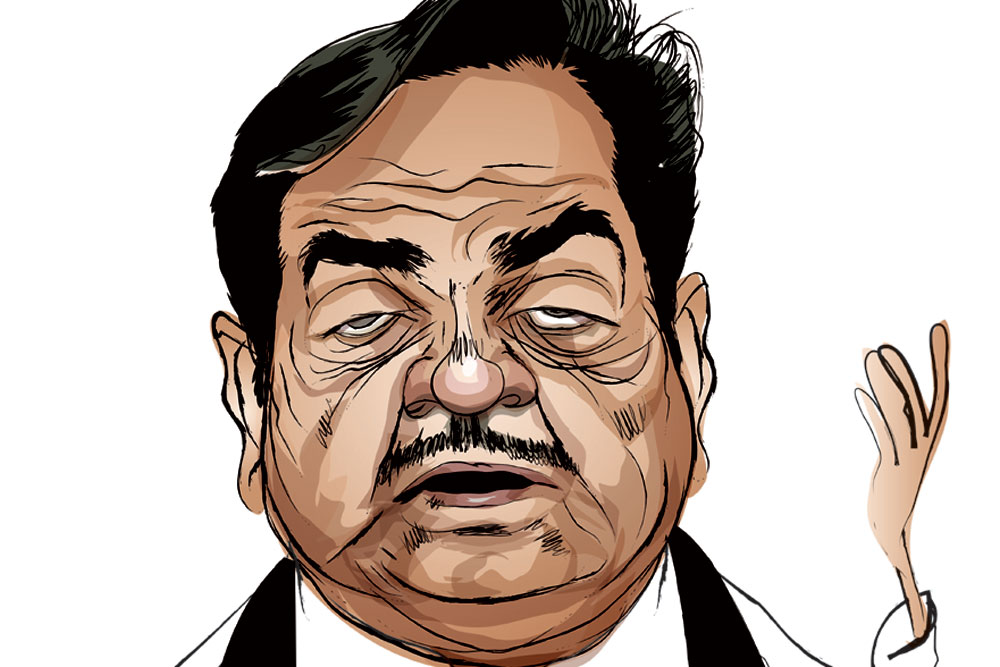 
Shatrughan Sinha, the Bollywood veteran, and recently anointed Trinamool MP from Asansol in West Bengal, has his task cut out. His new boss, Trinamool Congress chief Mamata Banerjee wants investments from Bollywood to pour into West Bengal. And Sinha is her go-to man to ensure a steady stream of Bollywood and local artists for the international film festival in Kolkata. Sinha is believed to have even proposed to Banerjee that there should be a separate film department in the cabinet which should be distinct and not a part of the information and culture department. Banerjee is yet to respond to the proposal.

The Kerala Muslim League is a part of the United Democratic Front (UDF), but it is reportedly unhappy with Congress’ leadership. So, this has handed an opportunity to the ruling Left Democratic Front (LDF) to be in touch with Muslim League leaders to break the UDF alliance. The League on its part is mum on the issue. At any rate, the Left parties want the League on their side to reduce the victory margin of Congress considerably in the 2024 Lok Sabha election. After all, in the 2019 General Election, Congress bucked the national trend in Kerala by bagging 19 of the 20 Lok Sabha seats. BJP, too, seems to have realised this and is not interfering much in the state. Both BJP and LDF seem to harbour the same interest in 2024: defeating Congress at any cost.

Samajwadi Party (SP) leader Azam Khan, now in jail, is learnt to be wooing the BJP brass and avoiding his own party colleagues. When senior SP leader Ravidas Mehrotra recently went to meet Khan in jail on the instruction of party chief Akhilesh Yadav, he refused to meet the former. While Yadav wants to retain the strong Muslim support base that Khan controls in his party, the latter has been meeting “outside” elements like All India Majlis-e-Ittehadul Muslimeen (AIMIM) chief Asaduddin Owaisi and Congress leader Pramod Krishnam. Khan’s son Abdullah Azam has even met Rashtriya Lok Dal (RLD) leader Jayant Singh recently. Rumour says Azam Khan is upset with Yadav as he understands that there is no role for him in SP. So, he’s already active in stitching up alliances with others.

Can the Karnataka and Gujarat Assembly elections be held simultaneously by year-end, though the former is set to go to the polls only by May next year? Prime Minister Narendra Modi’s popularity in Gujarat is rock solid, but his absence in the state is telling. He rushed to his home state immediately after the Uttar Pradesh (UP) polls and started a virtual campaign there. Again, in Karnataka, in the absence of former Chief Minister BS Yediyurappa, the incumbent Basavaraj Bommai and his government have come under the scanner. It is widely held in Bharatiya Janata Party (BJP) circles that positive vibes in Gujarat may rub off on the Karnataka polls if the elections are held together. Also, many believe that in case the BJP government falls in Karnataka prematurely, the state Assembly polls ought to be timed with the Gujarat election in December.

On Ambedkar Jayanti (April 14), Prime Minister Narendra Modi inaugurated the museum of prime ministers at Teen Murti Bhavan in New Delhi. And he ensured all prime ministers of the country got equal importance in his speech as well as on his radio programme, Mann Ki Baat, not just the Nehru-Gandhi family. Modi apparently wanted to project a balanced view of prime ministers of India and not just focus on the long tenures of Nehru and the Gandhis that history often showcases.

Maharashtra Navnirman Sena (MNS) chief Raj Thackeray is embarrassing Shiv Sena with his recent announcement that the Hanuman Chalisa will be recited in front of mosques during namaz. And BJP seems comfortable with Raj Thackeray’s politics since the ruling coalition in the state under the aegis of Shiv Sena is disregarding Hindutva. Now, the gossip is that just as Thackeray is helping BJP in Maharashtra, Chirag Paswan has helped the party in Bihar and Mayawati in UP. For BJP, it’s a masterstroke of sorts. 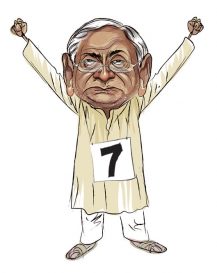 In Bihar, Chief Minister Nitish Kumar seems to be chasing the number seven. He has recently shifted his residence from 1 Anne Marg to 7 Circular Road, from where he started his political journey. Also, there are three sevens on the number plate of his car. Astrologically, Kumar seems to be guided by the number. But the twist in the tale is the location of former Chief Minister Rabri Devi’s residence—at 10 Circular Road—just a block away from Kumar’s new abode. So, there are murmurs that Kumar is leaning towards Lalu Prasad’s Rashtriya Janata Dal (RJD), and he was also seen recently at RJD leader Tejashwi Yadav’s iftar party.

Faisal Patel, son of late Congress leader Ahmed Patel, is learnt to be unhappy with the Congress high command. Though Patel is active in Gujarat Congress, the Congress leadership is not too excited about him. Patel recently tweeted against the high command, expressing his disappointment with the way he was being treated. It has given rise to speculation that he might just jump the fence and join BJP although he is vehemently denying it.