Shane Warne sometimes did not realise how good he was 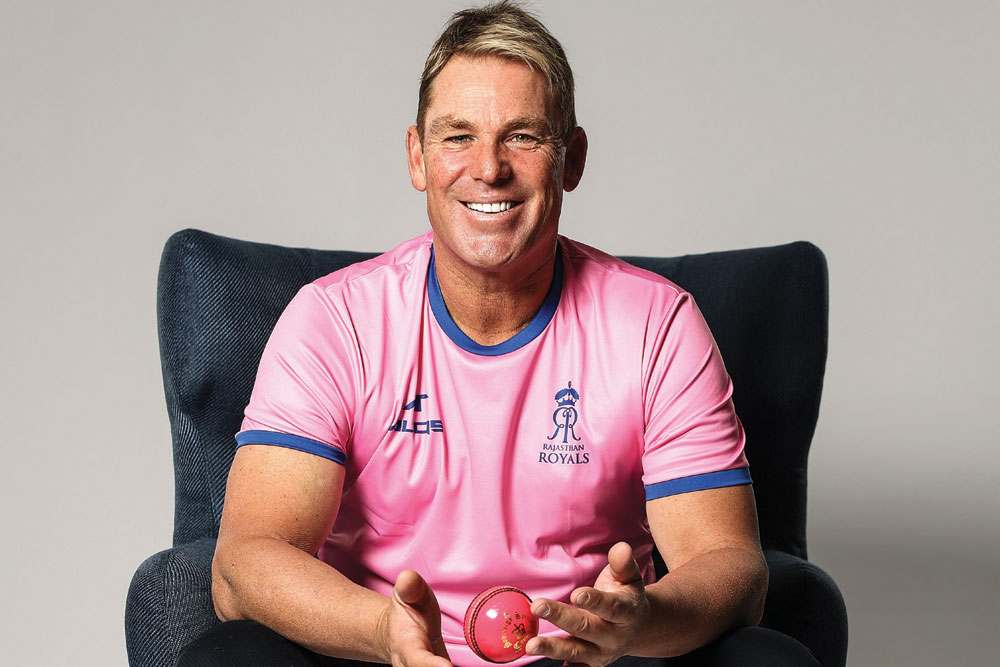 
IT WAS 1992 and India were in Australia for what was a really depressing series in the end. The Indians under Mohammad Azharuddin had lost the series 0-4 and stood no chance against the likes of Craig McDermott, Merv Hughes, Bruce Reid and the like. Except in Sydney and Adelaide, the series turned out to be a no-contest and in a sense resulted in ending promising careers. Amidst all the doom and gloom, Sydney was a highlight with Ravi Shastri scoring a double hundred and 19-year-old Sachin Tendulkar scoring an unbeaten 148-not-out. And each of them made merry when a young man with shiny golden hair came on to bowl leg spin. The Indians looked upon his spells as a ‘release’ from the pressure and attacked him all through, spoiling his debut. Shane Warne on debut had conceded 150 runs. Had it been someone else, he would have taken months to come back from this rather uneventful debut. Some wouldn’t even make a comeback. Not Warne. Building on his fitness and skill, Shane Warne within years had transformed himself into Australia’s biggest match-winner of all time.

Walking the first couple of steps before trudging on to the wicket and giving the ball a rip, it was classic Warne. And with him around, anything could happen. The ball for years was transformed into a canvas in the hands of the artist. Each time he flicked his wrist, we would see colours of a different hue. Mike Gatting witnessed it first hand in what we now know and recognise as the Ball of the Century. The ball, under the impact of the many revolutions Warne had imparted to it, had little option but to land on leg stump and then change direction 60 degrees and crash into Gatting’s off stump. The batsman, like everyone else around, was stunned. While the Australians regained composure and the emotions turned from bewilderment to ecstasy within seconds, for Gatting it was a sense of disbelief. No skill could have combated that ball and all Gatting or anyone else could do was succumb to the genius of Warne. It was at one level a sense of helplessness. What could one do if someone is as good?

That’s the real Shane Warne story. He was just too good. Maybe even he did not realise on occasions how good he was and that’s why let things drift. For, on the cricket pitch everything was controllable with Warne around. With ball in hand he could weave a kind of magic that no one else could even think of and as a result he just felt supreme in every situation. Australia under the pump, and all Steve Waugh or Ricky Ponting would have to do was throw the ball to Warne. He would deal with the situation and pull a rabbit out of the hat. When you are as good, it gives you a sense of infallibility. If I could control the number of revolutions on the cricket ball and control each degree of its movement, I could control life in equal measure. With money and means, there is nothing that I can’t control is the sense that one gets. The problem is, you can’t control health. No amount of money and no amount of talent can help control the effects of indiscipline on one’s body. That’s what happened to Warne and that’s what he couldn’t control. In sum, he tried to control the uncontrollable and, as with all things nature, you never win against the powers of nature.


It was not simply the spin that Warne imparted to the ball. There have been bigger spinners of the cricket ball and Stuart McGill is a prime example. McGill could turn the ball more and yet could never match Warne’s genius. While it is one thing to be able to spin the ball, what is more important is to be able to control the spin in a way that you get your prey

While I can’t claim Warne was a friend, I can certainly say we were fairly well acquainted. I had the pleasure of interviewing him on occasions and each time the thing that struck me was his opinionated and candid nature. When you interview a star, you are always in search of a headline. You want them to say things that have news value and things that would get people hooked to the interview. An interview for the sake of an interview would never have much appeal. With Warne, you always got value for your time. He would make sharp, incisive and provocative comments and inevitably polarise opinion. At least, he would make people think. Make them sit up and take notice. A genius, his thoughts would be tailored towards things that not many could think of or fathom. It would take a Warne to point you in that direction. That’s what I had observed each time we did an interview. In fact, it wouldn’t be wrong to say that Warne often took control of the conversation. In normal circumstances, one would be adequately prepared for an interview and control the flow. That’s how most interviews are done. With Warne, things were different. He would inevitably turn up with an out-of-the-box answer and change the course of the conversation. Like on the pitch, he loved control and more often than not ended up on the winning side.

It is this which I will miss about Warne. In every sense, he enriched the game we all love. And did so with tonnes of hard work. While people talk about his success, what we don’t mention is the amount of work he had put into his bowling. Each time I read parts of his autobiography, this is the one thing that stands out. He had never left things to chance and never had taken the shortcut. Meshed with all the talent that he possessed, he worked the hardest to hone the talent and give it a kind of finesse none could think of attaining. It was not simply the spin that he imparted to the ball. There have been bigger spinners of the cricket ball than Warne and Stuart McGill is a prime example. McGill could turn the ball more than Warne on occasions and yet could never match the genius of Warne. While it is one thing to be able to spin the ball, what is more important is to be able to control the spin in a way that you pick up your prey. While Glenn McGrath moved the ball far less than some of his contemporaries, what he did was pick up the edge far more regularly than others. That’s why he has 563 wickets while many others have ended their careers with 200. Warne knew the art of perfection and with the ball he was as close as one could possibly get to perfection. A fascinating man, he enriched world cricket for three decades before leaving us all poorer because in life he moved away from the very art of perfection that he stood for. For cricket’s 007 equivalent, all we can say is it is “No time to Die.”