Learning from the ancients about a sustainable future 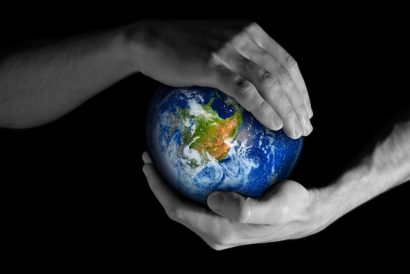 The Gregorian calendar has the solar month as its basis while the Indian months are based on lunar movements. From pournami, the full moon, to amavasi, the new moon, the orb takes twenty-eight days. Each day the shape of the moon visible to us changes. This “added or subtracted sliver of the moon” (corresponding to the dark side, which is during the waning moon and the bright, the waxing moon) is called thidhi. For each day, there is a corresponding asterism. That asterism that we are born on is taken to be the nakshathra (literally, star) in the Indian horoscope. To take an example, Lord Krishna was born on the asterism Rohini and the Thidhi Ashtami. In the south of India, Krishna’s birthday is known as Ashtami Rohini, while in the north it is called Janmashtami.

From forming a zygote to the actual birth, the gestation period of a human child is two hundred and eighty days or ten lunar months. The most popular New Year is, of course, the first of January. It is interesting to note that January came from the physically two-faced deity Janus, whose one face looked back at the past, while the other looked forward to the future, a feature much like what happens in the month of January. There are many other days that are considered to be the changeover of years in India within the Gregorian year as well. The Indian months change roughly in the middle of the Gregorian months.

Most important calendar days in this country have an extremely close association with the environment. This is because India is still highly agrarian. A deep connection with nature is part of the Indian psyche. Right from waking up and refusing to get up without touching Mother Earth and reverentially taking the hand to the eyes and heart (denoting what we see and what we experience), no traditional Indian would dream of setting his foot on the ground as the first action in a day. Western science now has it that it is better for the balance of the body not to touch the floor with the foot first, something our Ancients have been practising for a very long time. The invocation to Mother Earth, beautiful even as a piece of literature, says thus:

“Samudra Vasanay Devi / Parvatha Sthana Mandithay / Hari Priyay namasthubhyam / Paada Sparsham Kshamaswame (You who have the Oceans as clothes, the Mountains as breasts, beloved of Maha Vishnu, do forgive my touching you with my feet!)”

We have Tamil Nadu’s Pongal in January. In fact, the importance of animals, especially cattle, is shown clearly in the celebration of Maattu Pongal as maattu stands for cattle. There is a temple ritual in Kerala called Pongala, the one taking place at the Attukal Bhagavathi temple. The Attukal Pongala is the most famous of all of them. Rice, jaggery, coconut, etcetera, are cooked in an earthen pot over a traditional fire and consecrated as Naivedyam or food to the deity. This has associations with the harvest that comes then. Vishu, Bihu, Ugadi, etcetera, to name a few festivals, each denotes a new beginning.

The time roughly corresponding from the seventeenth of July to the seventeenth of August is called Karkitakam in Kerala, Aadi in Tamil Nadu and Aashaad in north India (The dates may vary slightly due to local belief systems). This period is considered not to be conducive to positive actions. The human body is at its worst situation during this part of the year. Kerala specialises in Ayurvedic treatment and diet in Karkitakam. Following this regimen was a must as late as fifty years ago. This gave you immunity to withstand the vagaries of nature and nurture for the rest of the year.

Prayers said throughout this period has three times the efficiency of normal prayers. In fact, most traditional families used to have renderings of the Shrimad Bhagavatam (the story of Lord Krishna) as a Sapthaaham, which lasted a week or seven days, Bhagavathi Seva (the post-sunset worship of the Mother Goddess), Ganapathi Homam (the pre-sunrise worship of Lord Ganesha), Mrithyunjaya Homam (the worship of Shiva as the Destroyer of death—here death does not stand just for physical annihilation, but everything negative), etcetera, during the month of Karkitakam.

The cost of gold and silk fall at this time as it is considered inauspicious to shop for wedding requirements then. The Aadi sales in Tamil Nadu brings huge crowds shopping there for the whole year. There is a substantial saving of nearly one-third during this time. This time is most favoured by the Mother Goddess. It may be noted that every gift in India was accompanied by water ablution; this was why Shukraacharya, the guru of the demons, squeezed himself into the spout of the kindi (vessel to hold water) to prevent King Mahabali from gifting the three steps of land to Vaamana, who was Maha Vishnu in disguise, out to wrest Mahabali’s kingdom—the lamp, the bell, a mirror, uruli (for cooked rice), a cheppu to hold kunkumam (the vermilion powder that is special to the Mother Goddess) and the Changalavattom lamp, which stores oil or ghee as well as one which can be used to light the wicks of lamps (lighting a wick directly from a matchstick is not done in India). All these are in use for marriages in Kerala as well. It is believed that the Mother Goddess is pleased to see these items set out for her use, and blesses that household!

Probably, one of the most beautiful representations of time is Guru Nanak’s “Bara Mahi”, where the love of a Nayika or heroine, waiting for her lover throughout the year, is depicted, her feelings totally in sync with the variations of the seasons. A casual look at the variations in nature will teach us how the seasons are all made to preserve both the flora and fauna of earth. There is a difference between the heat of a “young” summer and the mature heat after the monsoons which helps the seeds germinate and the vegetables and fruits to be produced. The timing of each activity in the seasons is so important that the Vedic prayers highlight it again and again.

With the technology available to us now, if we are able to apply the wisdom of the ancients to our interaction with nature, climate change would become an irrelevant, rather than portentous, catchphrase of our times. We would succeed in making this beloved old planet earth a precious heirloom for many generations to come. The past and the present holds the key to a more sustainable future.