It should serve as a warning against cheap shortcuts to power 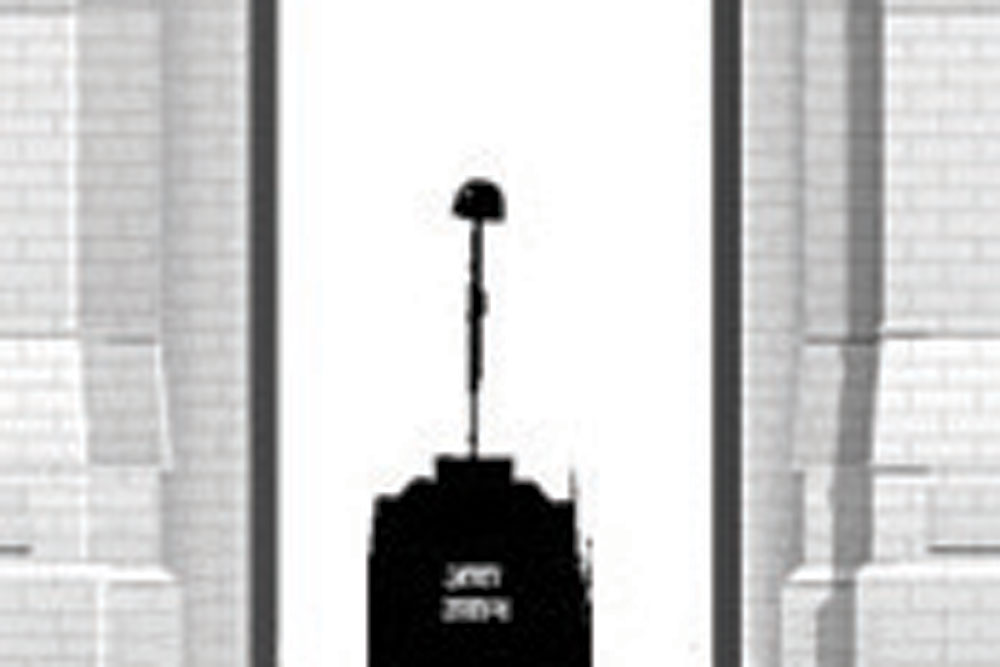 THIS IS AN apocryphal tale but appropriate for our times. A king had no designated successor. As he grew old and the end seemed near, his people worried about the future. One day, from his deathbed, he ordered that whoever entered the city-state first thing the next morning ought to be produced before him. A beggar would begin his day early to reach the palace gates from the forest that had served as his abode all along. Produced before the dying king, the latter lost no time in anointing the bewildered fellow as his successor and breathed his last. To honour the wishes of the departed king, the beggar was duly decked up in the new accoutrements of the king and installed on the throne. Every morning, he would command his court to have the finest sweets and fruits distributed throughout the kingdom. As this routine went on unchanged for several weeks, the neighbouring king attacked the kingdom, reaching the gates of the palace. Told that the hostile army was at the door, the king asked for his old ragged clothes to be brought to him. He quickly discarded the unfamiliar kingly attire, donned his half-torn and soiled clothes and was soon on his way out, his begging bowl in hand. Before departing, his last words to the court were, “We all had fun feasting on the finest eats and drinks for a month, how you handle this mess is now your business, not mine.” Soon, the invading army was all over the palace.

The cautionary tale above against encouraging what has been called the “revadi culture” ought to serve as a warning against cheap shortcuts to power. Politicians seeking shortcuts to power ape the beggar in our tale, whose only interest was to have a good time until his immense good luck lasted. He had little stake in the kingdom otherwise. Now, nobody in his right mind would call key public goods like education and health revadis (sweets), though to deflect the focus from the deleterious distribution of “muft water and muft bijli”, some politicians most mischievously have sought to inject health and education into the ongoing debate. Akali leader Parkash Singh Badal first offered free power to the farmers in Punjab in the early 1970s. The horrible consequences were there for all to see. The water table has receded hundreds of feet below the surface, the soil quality has deteriorated thanks to the overuse of subsidised fertilisers and the water itself is now so contaminated that it is widely believed to be the cause of the rising incidence of cancer in several districts of Punjab. Indeed, a train leaving Bhatinda has been nicknamed “Cancer Special” since it has several cancer patients on board leaving for a hospital in the neighbouring state of Rajasthan. Yes, the Punjab State Electricity Board is neck-deep in debt, with each successive administration looking for votes offering subsidised power to more and more sections of voters.

Here in Delhi, a rare cash-surplus state that does not have to pay for Delhi Police or to pay pensions to its employees, institutions like the Delhi Jal Board, the Delhi Transportation Corporation and, of course, the power distribution companies are deep in debt. But this has not prevented the Aam Aadmi Party (AAP) government from providing free bijli and paani, and allowing women of all ages unlimited free travel on DTC buses. This recklessness is a prime example of the revadi culture. Eventually, the next generation of taxpayers will have to pay for this profligacy.

IT WAS TOO good to last. Tipplers in the national capital after a long time had enjoyed both the freedom to choose their own brand of poison… er, sorry, liquor, as well as a price advantage over neighbouring Gurugram, and in some cases even over the duty-free outlets at the airport. Unfortunately, the new liquor policy of the Delhi government is set to be scrapped by the end of this month. And what is worse, we are told, is that government-owned outlets will once again retail liquor. These were truly a scandal, shunning popular brands in favour of little-known ones, with the sales staff affecting a haughty take-it-or-leave-it attitude. Why the AAP government would so readily agree to scrap the liquor policy, which had come a couple of weeks ahead of the recent Assembly polls, is in itself puzzling. Former Lt Governor Anil Baijal has talked about “commission and omissions”. We hope he is wrong. But then, if there were no hanky-panky, why would they go back to the dreaded old system of selling liquor in the national capital? Well, your guess is as good as mine.